In its recent decision in Union of India v Hardy Exploration and Production (available here), the Supreme Court of India found that a contractual clause stipulating Kuala Lumpur as the ‘venue’ of arbitration did not amount to a choice of juridical seat. While the Indian courts’ jurisdiction to hear set-aside applications will be excluded if the seat of the arbitration is outside India, the Supreme Court found that in this case there was no chosen seat (and the tribunal had not determined a seat), notwithstanding the choice of Kuala Lumpur as the venue for the arbitral proceedings, and the fact that the award was signed in Kuala Lumpur. Since this was a case where the arbitration agreement pre-dated 6 September 2012 (the date of the key Supreme Court ruling in BALCO), it appears that the Court did not find it necessary to positively determine that the seat was in India; the fact that an overseas seat had not been established appears to have been sufficient for the Indian courts to have jurisdiction to hear the application.

END_OF_DOCUMENT_TOKEN_TO_BE_REPLACED

In a decision dated 24 August 2018, the English Commercial Court (the “Court“) dismissed Dreymoor Fertilisers Overseas PTE Ltd’s (“Dreymoor“) application to continue an injunction preventing the enforcement of an order of a U.S. court granting discovery under section 1782 of the United States Code (the “Order“). The Order required one of Dreymoor’s employees to be deposed and produce evidence for use in various international proceedings by Eurochem Trading GMBH (“ECTG“) against Dreymoor. Dreymoor argued that enforcing the Order would constitute unconscionable conduct as it would interfere with its preparation for arbitration proceedings against ECTG.

The Court accepted that the enforcement of orders such as the Order could potentially be unfair, as they would effectively provide an opportunity to cross-examine the same witness twice. However, whether to injunct the enforcement of such an order required a careful case-by-case analysis. Based on various case-specific factors, the Court decided that it would not be unconscionable to allow ECTG to enforce the Order and dismissed Dreymoor’s application to continue the injunction.

END_OF_DOCUMENT_TOKEN_TO_BE_REPLACED

On 25 January 2017, the Full Federal Court of Australia dismissed Trina Solar US, Inc.’s (Trina) appeal from an earlier decision of a single Federal Court Judge not to exercise residual discretion to refuse Jasmin Solar Pty Ltd (Jasmin) leave to serve an originating application on Trina in the US, while arbitration proceedings were ongoing in New York. As discussed below, the decision highlights the importance of ensuring that all parties to a transaction are bound by the relevant arbitration agreement from the outset of the transaction.

END_OF_DOCUMENT_TOKEN_TO_BE_REPLACED

In a case notable for its discussion of res judicata and the customary international law minimum standard of treatment, a NAFTA Chapter Eleven tribunal has allowed jurisdictional objections over a significant part of the alleged claims. With respect to the claimants’ remaining claims, the tribunal concluded, on the merits, that the US had not breached any of its commitments under international law.

The tribunal analysed international jurisprudence on res judicata in detail, applying a flexible approach to the question of when claims will be precluded by a prior decision. Following previous NAFTA awards, the award explored the complex relationship between the customary international law minimum standard and the guarantee of fair and equitable treatment and full protection and security contained in NAFTA Article 1105(1).

It did so in the context of the claimants’ novel claims about the status of due process among the protections required by the customary international law minimum standard of treatment. However, the tribunal left for a future tribunal to decide whether NAFTA’s guarantee of most-favoured-nation (MFN) treatment can be used to expand the substantive protections under Article 1105 – a critical topic, in the light of all NAFTA states’ unanimous opposition to that interpretation. (Apotex Holdings Inc. and Apotex Inc. v United States of America, (ICSID Case No. ARB(AF)/12/1).)

END_OF_DOCUMENT_TOKEN_TO_BE_REPLACED

Herbert Smith Freehills has published the latest issue of its Corporate Crime e-bulletin. This edition covers the new sanctions designations issued by the US Office of Foreign Assets Control (OFAC) in response to the situation in Ukraine, as well as OFAC’s additional guidance regarding the scope of US Ukraine related sanctions. 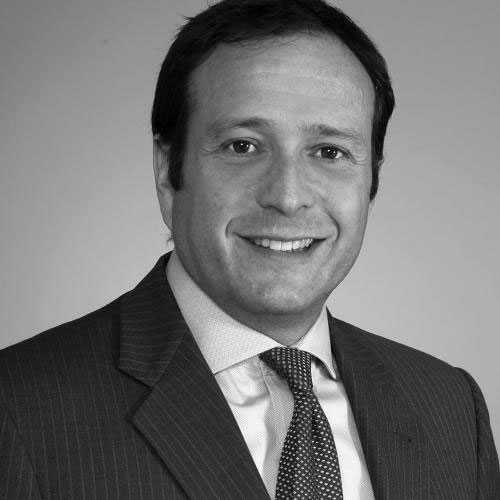 The European Commission has launched a public consultation on its proposed approach to investment protection and investor-state dispute settlement (ISDS) provisions in the Transatlantic Trade and Investment Partnership (the TTIP).  The TTIP is a free trade agreement currently in negotiation between the United States and the European Union. Negotiations for the TTIP began in July 2013.

The Commission has described its approach as containing “a series of innovative elements that the EU proposes using as the basis for the TTIP negotiations” and stated that the key issue on which it is consulting is “whether the EU’s proposed approach for TTIP achieves the right balance between protecting investors and safeguarding the EU’s right and ability to regulate in the public interest”.

Whilst the EU is not consulting on a draft text of the TTIP, it has included as a reference text the investment protection and ISDS provisions in the Comprehensive Economic and Trade Agreement (the CETA), between the EU and Canada.

Whilst we are currently a long way from a signed agreement including investment protection and ISDS provisions, stakeholders may nonetheless want to take this opportunity to consider the ways in which the EU’s approach and the negotiations could impact upon them.  The European Commission’s Consultation can be found here and closes on 6 July 2014.

END_OF_DOCUMENT_TOKEN_TO_BE_REPLACED

The Bill for the Enforcement of Awards and Judgments was introduced into the National Assembly of Ecuador in December 2013, against the backdrop of the ongoing dispute between Chevron and Ecuador which is playing out in a number of fora. Recent developments in this matter, as well as the US Supreme Court’s decision in the case of BG v Argentina, in which Ecuador had submitted an amicus curiae brief in support of Argentina, may give Ecuador further will to bring the Bill into law.

The Bill seeks to amend various pieces of legislation, including Ecuador’s Arbitration Law (the “Ley de Arbitraje y Mediación”), with the objective of strengthening the mechanisms of protection of public resources and services. The Bill attempts to achieve its purpose by two broad means, firstly, by amending provisions relating to the enforcement of foreign awards and other measures issued by arbitral tribunals and secondly, by amending laws to bolster the protection given to State assets and resources.

According to the Explanatory Memorandum of the Bill, existing mechanisms have proven insufficient to preserve the integrity of public resources from “illegitimate” enforcements, attachments and other measures taken against State property in the satisfaction of judgments and arbitral awards against the State, an experience expressly stated as one similarly shared by Ecuador’s sister republics, and specifically, the Republic of Argentina. The Explanatory Memorandum also highlights the need for the creation of rules to regulate the performance and compliance of the Ecuadorian State with rulings adverse to its interests.

Whilst Ecuador has signed the New York Convention on Recognition and Enforcement of Foreign Arbitral Awards, if passed into law, the Bill will have the effect of making enforcement of foreign awards more onerous and enforcement against state assets more difficult.

END_OF_DOCUMENT_TOKEN_TO_BE_REPLACED

Herbert Smith Freehills has published its latest Sanctions Update e-bulletin, on the imposition targeted sanctions by the EU and US in response to the recent Crimea referendum.

Herbert Smith Freehills has issued its latest Sanctions Update e-bulletin, concerning the EU and US response to recent events in Ukraine.

On 5 March 2014, the EU introduced an asset freeze applying to former President Yanukovych and other former government officials and persons associated with the former government. The UK has introduced domestic legislation criminalising breaches of this asset freeze. The EU also held an emergency Heads of State meeting on 6 March. The conclusions from that meeting indicate that there is a possibility of EU sanctions being imposed on Russia in the absence of negotiations between Russia and Ukraine which produce results within a limited timeframe. Also on 6 March the US introduced an Executive Order which would permit the imposition of an asset freeze and visa bans although no companies or individuals have yet been designated.

In a 7-2 majority decision on 5 March 2014, the United States Supreme Court has reinstated BG Group (BG)’s US$185 million arbitral award against Argentina.[1] The Supreme Court sought to clarify the delineation between “procedural” and “substantive” arbitrability issues in relation to pre-conditions to arbitrate. The Supreme Court found that a litigation pre-condition to arbitrate was procedural in nature, and that issues of arbitrability arising out of such a pre-condition were, therefore, for the arbitrators, not the courts, to decide. Although Article 8 of the Argentina-UK bilateral investment treaty (BIT) was a dispute resolution provision in a treaty between two sovereign nations, both the majority and the dissenters on the Supreme Court limited their analyses to principles of US commercial contracts law. All justices appeared to have found a common ground in their deliberate disregard of the rules of treaty interpretation under international law. In this respect, the decision of the District Court of Columbia that originally confirmed the award remains the only instance in the BG v Argentina US court saga that recognised the relevance of international law, and of its rules of interpretation under the Vienna Convention, in the context of treaty arbitration.