PRC signs the Hague Convention on Choice of Court Agreements: a step forward in the resolution of cross-border litigation

On 12 September 2017, the People’s Republic of China (PRC) signed the Hague Convention on Choice of Court Agreements (Convention).  The Convention, in force since 1 October 2015, seeks to provide certainty in cross-border litigation by allowing parties to choose the exclusive court in which any disputes arising under a commercial agreement will be resolved.  Courts of member states must accordingly respect exclusive jurisdiction clauses in commercial agreements by staying proceedings in favour of the courts of other member states. They must also recognise and enforce judgments of the courts of other member states, subject to certain limited exceptions.

The PRC needs to ratify the Convention before it becomes a member state and bound by the terms of the Convention.  Once the PRC formally joins the Convention, there will be increased opportunities for the recognition of Chinese court judgments internationally and vice versa.

The current status of the Convention

The Convention currently has three parties: Mexico, the European Union and Singapore.  The Convention binds all EU member states except Denmark by virtue of the EU’s approval.  The United States of America and Ukraine have also signed the Convention but have not ratified it.

Key features of the Convention

The application of the Convention is also subject to a number of exceptions. For example, employment contracts and rights in rem over immovable property are excluded. Further, it does not apply to arbitration or related proceedings, or to interim relief.

The key provisions of the Convention are:

The Convention applies to “international cases”. The definition of international is based on the circumstances of the case – the default position is that the case is international unless the parties are resident in the same member state and the relationship of the parties and all other elements relevant to the dispute, regardless of the location of the chosen court, are connected only with that state.

The courts of a member state are obliged to recognise and enforce a final judgment of the court of another member state designated in an exclusive choice of court agreement without review of the merits.  The limited grounds on which an enforcing court can refuse enforcement are exhaustively set out in Article 9 of the Convention.  The grounds are mostly procedural in nature.  Notably, contravention of public policy is one ground of refusal.  Critics worry that this ground is open to abuse in some states.

For commercial parties involved in international transactions, the benefits of the Convention will very much depend on it achieving broad acceptance at a similar level to the New York Convention on the Recognition and Enforcement of Foreign Arbitral Awards 1958, which has been ratified or acceded to by 157 countries.  The UK government has indicated its intention to join the Convention as an individual state as soon as it is free to do so post-Brexit. A vast number of countries have no treaty obligation to dismiss or stay the proceeding when a dispute is submitted to its court, even if parties have exclusively opted for the court of a different country.  When it comes to the recognition and enforcement of judgments, sparsity of member states is also a challenge for the winning party.

International treaties acceded to by the PRC are not automatically binding on Hong Kong.  The PRC Central Government must seek the view of the Hong Kong Government, before deciding whether the treaty is applicable to Hong Kong (pursuant to Article 153 of Hong Kong’s Basic Law).  At this stage, there is no indication of the Central Government having done so in relation to the Convention.

It is worth noting that the mutual recognition and enforcement of judgments between Hong Kong and Mainland China is not governed by international treaties, but by a special arrangement between the two regions. Since 2008, a judgment obtained in Hong Kong is enforceable in the PRC and vice versa under An Arrangement on Reciprocal Enforcement of Judgments in Civil and Commercial Matters by the Courts of the Mainland and of the Hong Kong Special Administrative Region pursuant to Choice of Court Agreements between Parties Concerned (Arrangement).  As it currently stands, only final monetary judgments where the court assumes the jurisdiction by virtue of an exclusive choice of court agreement can be enforced under the Arrangement.

From an international perspective, Hong Kong has a statutory registration scheme for the recognition and enforcement of foreign judgments made in 15 designated countries, under the Foreign Judgments (Reciprocal Enforcement) Ordinance (Cap 319). Foreign judgments other than those qualifying for enforcement under that Ordinance, including those from important trading partners such as the UK and the US, can however only be enforced in Hong Kong under common law, which entails issuing fresh proceedings in Hong Kong based on the foreign judgment.  The mechanisms currently in place in Hong Kong will continue to operate, pending any decision by Hong Kong and the PRC on the applicability of the Convention to Hong Kong in future.

The Convention, if and when ratified by the PRC, will provide an important new option of dispute resolution in litigation – alongside international arbitration – for international parties dealing with Chinese parties and vice versa.  For many types of commercial contracts (subject to exceptions mentioned above) where parties can agree on an exclusive choice of court, the Convention may prove to be a useful instrument to ensure certainty and speed in commencing and resolving disputes. 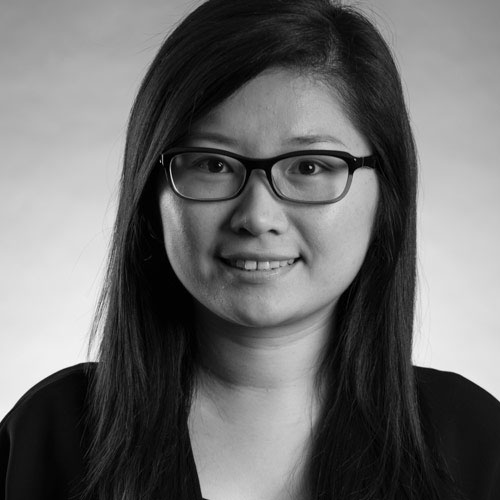