On 1 April 2019, the plaintiff Bank obtained a default judgment against the defendant under a facility agreement. In order to enforce the judgment in Mainland China, an ex parte application was made to the Registrar of the High Court for a certified copy of the judgment and a certificate pursuant to section 21 of the Ordinance and Order 71B, rule 2 of the Rules of the High Court.

The facility agreement contained an AJC.  AJCs are one-sided clauses which usually provide that one party must sue the other party in courts of a specified country while the other party is free to sue in the jurisdiction of its choice. AJCs are a long-established and practical feature of international financial documentation. The effect of the AJC under the facility agreement between the plaintiff and the defendant was as follows:

A potential justification for the Bank to bring claims outside Hong Kong might be that the assets of the defendant borrower were located overseas. This is also often one of the attractions to a creditor of having an AJC in financial documents, as it tends to increase the prospect of a creditor successfully recovering a debt owed to it by preserving its right to bring proceedings where the debtor’s assets may be located at the time a dispute arises.

The Registrar dismissed the Bank’s application, holding that the AJC was not an exclusive jurisdiction clause and therefore did not satisfy the definition of “choice of Hong Kong court agreement” under section 3(1) of the Ordinance. The Bank brought an appeal against the Registrar’s decision.

In order for the application to be granted, the plaintiff must show, amongst other things, that the facility agreement contained a “choice of Hong Kong court agreement”.

According to section 3(1) of the Ordinance, a “choice of Hong Kong court agreement” means that the contract in question must specify the court in Hong Kong as the court to determine a dispute which may arise in connection with the contract to the exclusion of the other jurisdictions. This was to give effect to the Arrangement on Reciprocal Recognition and Enforcement of Judgments in Civil and Commercial Matters by the Courts of the Mainland and of the HKSAR signed on 14 July 2006 (2006 Arrangement).

In reaching its conclusion dismissing the application, the court considered the nature of the jurisdiction clause, the legislative scheme under the Ordinance, the corresponding provision under the Hague Convention on Choice of Court Agreement and relevant English authorities. Applying a purposive construction approach, the court held that the purpose of requiring an exclusive jurisdiction requirement under the Ordinance was to minimise the risk of parallel proceedings being instituted in the courts of Hong Kong and Mainland China, and to facilitate enforcement by a summary procedure. In a case where the Bank is to be the plaintiff, the jurisdiction is at large, depending on the choice of the Bank, and there was no certainty as to jurisdiction in such circumstances. In the court’s view, this was inconsistent with the purpose of the Ordinance and went against the spirit of the 2006 Arrangement.

The plaintiff sought to persuade the court to follow relevant English authorities, where an AJC was held to be an exclusive jurisdiction clause under the meaning of the Brussels I Regulation recast. Nonetheless, the court rejected such argument, noting that the English cases were decided in a different context, and the scheme under the Brussels recast was very different to the Ordinance.

Followers of our blog posts and cross-border legal developments may recall that a new Arrangement on Reciprocal Recognition and Enforcement of Judgments in Civil and Commercial Matters between the Courts of the Mainland and of the HKSAR was signed between the Hong Kong Government and the Supreme People’s Court of China on 18 January 2019 (2019 Arrangement) to supersede the 2006 Arrangement. One of the new features under the 2019 Arrangement is that the “choice of court agreement” requirement is abolished and replaced by a jurisdictional test similar to that for enforcing foreign judgments in Hong Kong (see our blog post dated 25 January 2019). As of today’s date, the 2019 Arrangement has yet to take effect pending implementation by the Government, which has not set out any indicative timing for doing so. We would recommend readers of our blog stay tuned and watch the space for further announcements by the Government in the near future.

Until the 2019 Arrangement becomes effective, this judgment therefore provides practical guidance on the approach the Hong Kong courts will take in interpreting AJCs in the context of the Ordinance for the purposes of enforcement in Mainland China. While AJCs are widely used in international financial documents, the court has made it clear that they are not effective under the current statutory regime, where the focus is whether there is a deliberate choice of the contracting parties to use the Mainland Chinese or Hong Kong courts to resolve a dispute, to the exclusion of other jurisdiction’s courts. 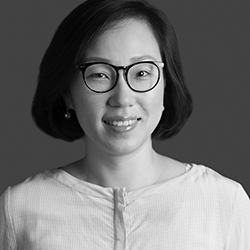