“Not your keys, not your crypto” – whilst this may sound like first principles to crypto users and fintech is part of our ordinary daily lives, the concepts and related terminologies may still be unfamiliar to some, including judges. In a recent case concerning the use of an allegedly tampered hardware wallet, the Hong Kong Court described the circumstances to be “rather unusual” and proceeded to summarise the features of Bitcoin and digital keys, their storage in wallets and how ownership of Bitcoin is established in the judgment with the assistance of expert evidence. The Court spent two days to deal with the issues before deciding to grant an interlocutory proprietary injunction. The case illustrates that if your legal advisers have a good understanding of crypto concepts, that would be instrumental in assisting the Court to identify the key issues and persuading the Court to grant appropriate relief. Besides, this case also provided helpful guidance in assessing the amount of fortification required to support a proprietary injunction over Bitcoins.

The Plaintiff’s case in Yan Yu Ying v Leung Wing Hei [2022] HKCFI 1660 was that the Defendant had stolen Bitcoins from her through the provision of a tampered wallet. The Defendant claimed to have provided the Plaintiff with new Trezor devices (a type of hardware or “cold” wallet) and helped the Plaintiff to initialise the wallets during a meeting. Since the Plaintiff thought that the wallets were newly created and that she was the only person who had the recovery seed (which acts like a password that is created when a wallet is initialised, and can be used to re-gain access to the crypto in the wallet through another Trezor device even when the original Trezor device is lost), she transferred approximately 1,000 Bitcoins to one of the wallets created (the “Subject Wallet”).

Summary of features of Bitcoin, digital keys, their storage in wallets and how wallets are initialised

Since the dispute involved some technical aspects of the use of cryptocurrencies and wallets, the Hong Kong Court summarised the features of Bitcoin and the digital keys, their storage in wallets, and how wallets are initialized with the assistance of expert evidence.

The Court pointed out that Bitcoins involve no physical coin, and the Bitcoin technology is a distributed, peer-to-peer system with no central control or authority that issue Bitcoin. Ownership of Bitcoin is established through digital keys, Bitcoin address, and digital signatures. A Bitcoin transaction is the operation that allows the payment of bitcoin from one owner to another. Each Bitcoin transaction requires a valid signature to be included in the blockchain, which can only be generated with valid digital keys. Anyone with a copy of those digital keys has control of the Bitcoin in that account.

Since the dispute involves the use of a “cold” or hardware wallet, the Court went further to explain the differences between a “hot” and a “cold” wallet. The Court explained that digital keys are stored in a “wallet”, which may be “hot”, in the sense that it is connected to the Internet, or “cold”, in the sense that it is not (in which case the wallet is kept in a hardware device, often a USB device, that is not connected to the Internet). One brand of hardware device in which a cold wallet may be created is Trezor, which is the device used in this case. A cold wallet does not actually “store” Bitcoin. The purpose of such a wallet is merely to generate and store the private keys that are associated with the “wallet”.  It also provides an interface for carrying out cryptocurrency transactions.

A Trezor wallet needs to be initialised, during which a set of 24 words will be created for recovery purpose. The Bitcoins transferred to the Trezor wallet can be accessed through another Trezor device with the 24-word recovery seed.

The Plaintiff sought both a Mareva injunction to freeze the Defendant’s assets and a proprietary injunction in respect of the Bitcoins transferred by the Plaintiff to the Subject Wallet which the Defendant still retained. The Court considered that the Plaintiff was faced with problems in relation to the forensic evidence adduced on the authenticity of the instant messages that were relevant to the existence of the Defendant’s alleged swap agreement. As such, the Court was not satisfied that a good arguable case had been established for the purpose of the Mareva injunction, but agreed that the Plaintiff had established the lower threshold of a serious issue to be tried for granting the proprietary injunction.

This case illustrates the principle “Not your keys, not your crypto” – the Defendant had the recovery seed (which can be used to derive the private keys), and hence, controlled the Bitcoins that the Plaintiff transferred to the Subject Wallet (which the Plaintiff thought belonged to her). Whilst the factual allegations may sound like a classic wallet fraud for crypto users, this case illustrates that it would greatly assist the Court in handling cryptocurrency disputes by explaining the concepts and terminologies involved. Whilst the summary provided by the Court in this case would hopefully be useful guidance for the Court in handling future cryptocurrency disputes, having legal advisers and representatives who are familiar with these concepts would be instrumental in illustrating the key issues and advocating or defending your case in front of the Court.

Besides, the granting of a proprietary injunction in this case further reinforces the suggestion that Bitcoins, and by extension other cryptocurrencies, may be protected as property under Hong Kong law (see also our previous blog post here), and demonstrates the benefits in having proprietary remedies available for crypto-assets. In particular, in this case the Court was able to grant a proprietary injunction over the Bitcoins where the Plaintiff was only able to demonstrate a serious issue to be tried.

Finally, this case serves as a good reminder to hardware wallet users to be mindful of preserving the forensic data of any electronic devices which were previously connected with the relevant hardware wallet. This is because the Court, in considering whether there was a serious issue to be tried, may consider forensic evidence as to when and which hardware wallet was plugged into the users’ computers. In this case, such evidence was relevant as to what actually happened when the parties met and received the Trezor wallet. Users should ensure that these electronic devices are properly preserved for use in legal proceedings, as they may constitute important evidence. 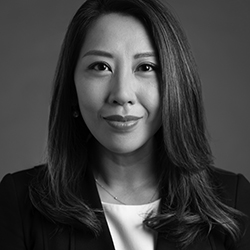 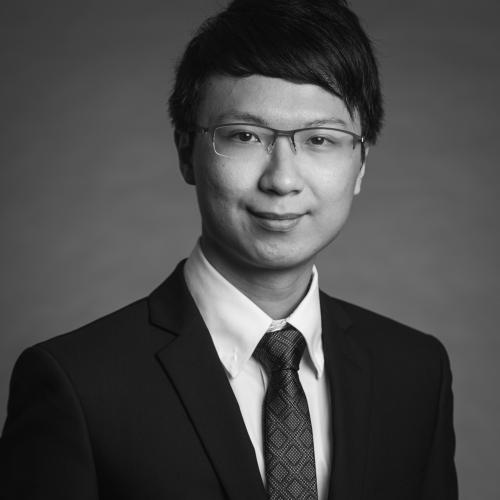