The Court of Appeal has held that a credit broker was in a fiduciary relationship with borrowers, with the consequence that the broker breached its fiduciary duty when it failed to inform the borrowers of the size of commission it received from the loan and PPI providers involved. As a result, the credit provider had to account to the borrowers for those commissions.

The court found that the duty had been breached despite the existence of both: 1) clear statements in the contractual documentation to the effect that the broker was providing information only and not advice; and 2) disclosure of the fact that the credit broker was likely to receive commission for the sale.

It should be noted that the Court of Appeal commented that this case was a “very unsuitable vehicle” by which to resolve the issues of principle involved due to the fact that the defendant (which was in liquidation) was unrepresented.

Norton Finance UK Limited (“Norton”) offered credit broker services. The McWilliams, who had a history of debt problems, used Norton’s service to obtain a consumer loan in the sum of £25,500 to consolidate their credit card debt and to fund the building of a conservatory. The McWilliams also took out payment protection insurance (“PPI”), which together with the ‘broker fee’ of £750 and ‘completion fee’ of £500, which was payable to Norton by the McWilliams, brought the total amount borrowed to £30,495. Of this total, £5,610.25 represented fees and commission, while 62.6% of the £3475 PPI premium constituted commissions.

The leading judgment, with which the rest of the Court agreed, was given by Tomlinson LJ. The Court found that, despite no express contractual term to that effect, on the facts a contract of agency existed between the parties (following the recent Plevin v Paragon Personal Finance Limited (Appellant) [2014] UKSC 61 (“Plevin“) decision). In so doing, the Court overturned the first instance judge’s finding on this point.

However, this was not conclusive as to the question of whether there was a fiduciary relationship. Tomlinson LJ considered that the relevant question was “whether Norton was acting in a capacity which involved the repose of trust and confidence” and that a critical factor in this determination was the financial sophistication or otherwise of the borrowers. In this respect, the Court found that although the McWilliams were not classed as “non-status borrowers” – which is a term applied to borrowers with impaired or low credit ratings who would find it difficult to obtain credit from traditional sources – the McWilliams were nonetheless “not financial sophisticates“. Rather, “they were people of relatively modest means with a history of credit problems. They were vulnerable, in that they had debt which was for them substantial in respect of which they needed assistance in finding a loan to ease the burden of servicing that debt and to put them in a position where they could carry out an improvement to their home“.

Quoting from the Arklow Investments Limited v Maclean [2000] 1 WLR 594 and Bristol and West Building Society v Mothew [1998] Ch 1 decisions, the Court found that the present case constituted a paradigm instance of a fiduciary relationship. As a result, Norton’s duty to its client and its own interest could not be allowed to conflict and nor could it profit from its position without its clients’ informed consent.

When Mrs McWilliams spoke with an employee of Norton, she was informed that Norton did not provide advice, only information. Additionally, Norton’s Keyfacts document stated that it was an information only sale. However, Norton’s Group Compliance Manager gave evidence to the effect that Norton delivered its brokerage service by obtaining certain relevant information from the borrowers, inputting it into a computer program which generated matching loan options and then informing the applicant about the loan with the most competitive rate. On this basis, Tomlinson LJ concluded that Norton had, at the very least implicitly, told the McWilliams that the terms offered by the relevant lending company “were the most competitive to which they had access“. While Tomlinson LJ acknowledged that this did not amount to a recommendation of suitability in the regulatory sense of the concept employed by the FCA, he considered that it was an indication that “what was being offered was the best possible deal“. As a result, the Court considered that the Hurstanger Limited v Wilson[2007] 1 WLR 2351 (“Hurstanger”) decision provided relevant authority. In this respect, the Court overturned the first instance judge’s finding that Hurstanger ought to be distinguished “on the basis that Norton offered no advice or recommendation“. Instead, the Court considered that there was no indication that the broker in Hurstanger had “offered any advice or recommendation that went beyond that which was effectively given here by Norton“. The Court also considered that whether or not the broker provided advice was not a critical feature in determining whether a fiduciary duty had been assumed.

The Court then turned to the question of whether the borrowers’ informed consent to the broker receiving commission had been obtained. The application form which Mrs McWilliams had completed included an acknowledgment that Norton would receive and could retain commission. Additionally, Norton had sent the McWilliams a copy of the standard form FISA Borrower Information Guide, which stated that brokers were likely to receive commission from lending companies. However, Norton did not inform the McWilliams of the actual quantum of any of the commission payments it received. Applying Hurstanger, the Court held that the provision of information as to the size of the commission payments was necessary in order to “bring home” the potential conflict to the borrowers. It followed that the borrowers’ informed consent had not been given and the Court ordered that the commission sums received by Norton (together with interest) were to be paid to the McWilliams.

While it is difficult to say that the outcome in this case was not just, it appears likely that the decision will be restricted to its own facts, not least because of the Court’s comments regarding its unsuitability as a vehicle for considering the relevant points of principle.

If the decision does have any wider applicability beyond its own facts, it would appear to only be in circumstances where:

The requirement that, for informed consent to be obtained, the quantum of any commission payments must be disclosed to the prospective borrowers resembles the finding in the Plevin decision. In that case, the Supreme Court found that, although the FCA’s Insurance Conduct of Business Rules (“ICOB”) had not required disclosure of the size of commission payments, failure to do so where these were particularly high had fallen foul of the ‘fairness’ requirement under the Consumer Credit Act 1974 (“CCA”). It is interesting to note that in reaching the decision in Plevin, the Supreme Court overruled a decision of Tomlinson LJ in Harrison v Black Horse Ltd [2012] Lloyd’s Rep IR 521, to the effect that the fact ICOB did not require disclosure of the size of any commission paid was decisive and so no conflict of interest had arisen.

The fiduciary duties identified in this case create a greater level of protection for consumers under equitable principles than is currently provided for by the FCA with respect to consumer credit regulation. Whilst the FCA implemented new rules on 2 January 2015 controlling the upfront fees that credit brokers can charge retail customers, and the FCA’s Consumer Credit Rules (CONC) provide that the existence of commission must be disclosed by credit brokers (CONC 4.5.3), they do not require the amount of commission to be disclosed unless the customer asks for that information. Furthermore, Tomlinson LJ acknowledged that the implicit representation by Norton that what was being offered was the best deal fell short of being advice in the regulatory sense. That this could amount to regulated advice is not envisaged by CONC. 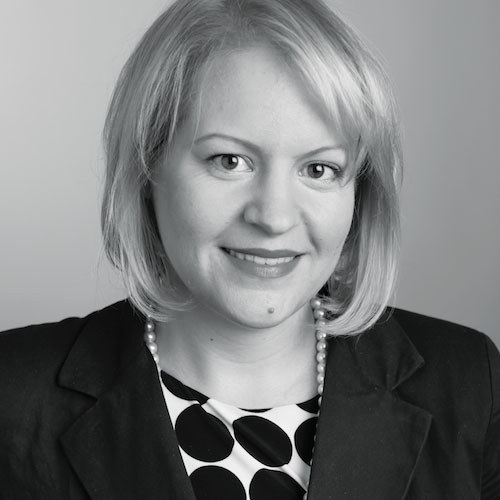