The Court had to determine, looking at the suite of documentation, how funds were to be classified: as “principal” or “interest”, where those terms were not defined. The consequence for the parties as to how receipts were classified, was that they would fall to be paid in different priorities under the applicable payment waterfalls.

In an interesting development in how provisions in this context fall to be construed, the Court adopted an approach which confirmed:

Adopting that approach, the Court concluded that in respect of a portfolio of commercial properties, rental payments constituted interest, whereas the proceeds of sale of properties and any surrender premiums paid by the tenants were to be characterised as principal.

In August 2006, a loan was advanced to refinance a portfolio of commercial properties (the “Loan“), with the intention that rental income would be used by the borrowers to service commitments under the Loan. The Claimant, CBRE Loan Servicing Limited (“CBRE“) was the “Master Servicer” and the “Special Servicer” of the Loan.

In November 2006, the Defendant, Gemini (Eclipse 2006-3) (Plc) (the “Issuer“), purchased the Loan and its related security from the original lender (Barclays), funding that purchase by issuing secured floating-rate notes which fell due in July 2019 (the “Notes“). The Notes were constituted by a Trust Deed and divided into five classes – A to E – ranking in order of priority accordingly.

The question for determination by the Court was whether certain payment receipts (after meeting various other obligations which had priority under the securitisation arrangements) should be characterised by CBRE (in its role as Master Servicer) as “principal” or “interest” within the meaning of the relevant documentation. Neither term was expressly defined in the documentation.

The particular context in which the question arose was a Cash Management Agreement dated 14 November 2006 (the “CMA“). The CMA contained the following Clause 13.1(j):

“The Master Servicer will on or before each Calculation Date identify funds paid under the Credit Agreement [i.e. the agreement governing the Loan] and any Related Security, as principal, interest and other amounts on the relevant ledger in accordance with the respective interests of the Issuer and the Seller (if any) in the Loan.”

The consequences of this characterisation were important in the application of the payment waterfall provisions between the different classes of Noteholders. If the receipts were “interest” then they would be apportioned to all of the Noteholders (ranked by priority) to pay interest due and overdue on the Notes before principal. The rate of interest payable on the class A Notes was lower than the rate applicable to the other classes, reflecting their greater security. If, on the other hand, the receipts were “principal” then they would have been exhausted by the repayment of principal to the class A Notes before the principal could be repaid on the other classes. It was therefore economically advantageous to the class B to E Noteholders that the receipts were classified as “interest”.

The class A Noteholders sought to argue that the proceeds of sale of properties and any surrender premiums should be characterised as “principal”, although they accepted that rental income should be categorised as “interest”. In support of their argument, the class A Noteholders pointed to the fact that the overall rationale of the transaction documents was such that rental income was to be applied to make repayments of interest on the Loan, while the proceeds of disposals of the properties were to be applied to repay principal on the Loan (which, before the default on the Loan, is how those payments had been treated).

The class B to E Noteholders argued that, as the parties had not sought to specify or define whether the relevant receipts constituted “principal” or “interest”, the approach to the interpretation of the relevant provisions should adopt the common law presumption that receipts are applied as interest first and, only when all arrears of interest have been discharged, as principal.

The Court summarised the general principles of contractual interpretation and in the familiar way observed that there was no dispute about those principles. It referred in particular to the decision in Rainy Sky SA v Kookmin Bank [2011] UKSC 50 and the now well established principle that, where there are two possible constructions, the Court is entitled to prefer the construction which is consistent with business common sense. However, if the parties have used unambiguous language, the Court must apply it. The Court “had regard” to the observations made in Arnold v Britton [2015] UKSC 36, although judgment in that case was not delivered until after the hearing. [See our blog posts for these respective cases here and here.]

As to whether a different approach is required to interpret a complex suite of documentation where it has been said that inconsistencies or ambiguities across the provisions are likely to be found, the Court quoted guidance from Re Sigma Finance Corp [2009] UKSC 2:

“The instrument must be interpreted as a whole in the light of the commercial intention which may be inferred from the face of the instrument and from the nature of the debtor’s business. Detailed semantic analysis must give way to business common sense …”

The Court also took account of the observations made in Napier Park European Credit Opportunities Fund Ltd v Harbourmaster Pro-Rata CLO 2 B.V. [2014] EWCA Civ 984. In summary, the Court should not focus on linguistic ambiguities, but rather look at whether the meaning of the language is open to question (which is not limited to cases of ambiguity).

In the light of these principles, the Court found as follows:

The relevant question was therefore not how receipts should be appropriated as between “principal” and “interest” in the hands of the Noteholders but rather how the receipts should be characterised in the hands of CBRE as Master Servicer. The relevant common law principles were those which distinguished capital receipts from income receipts in the economy of a business, not those which allocate payments received by a creditor as between interest and principal.

The Court in this case found it tolerably clear that an approach to the interpretation of complex securitisation documents which centred on commercial common sense was appropriate. However, the decision is nevertheless interesting, since the Court has had to grapple in a growing number of cases since the financial crisis with the precise application of what are largely uncontroversial general principles. As was illustrated most recently by the Court of Appeal in Wood v Sureterm Direct Ltd & Capita Insurance Services Ltd [2015] EWCA Civ 839 (see our e-bulletin here), different judges have shown themselves capable of applying those principles very differently to the same provisions. Whilst the contract in this case may have been sufficiently ambiguous to permit recourse to commercial common sense (particularly given the absence of critical defined terms), it remains to be seen whether this decision will also be the subject of an appeal. 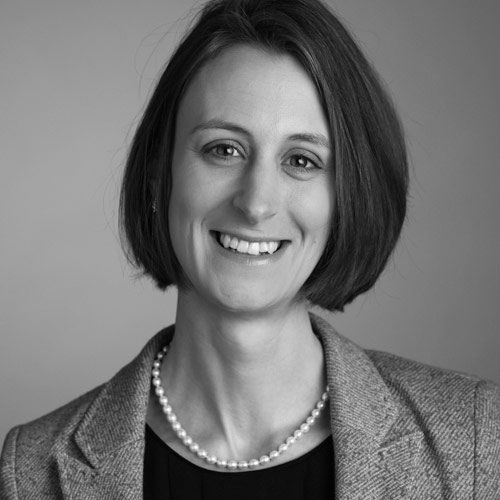