In Alexander v West Bromwich Mortgage Company Ltd[2016] EWCA Civ 496, the Court of Appeal considered the right of a lender to rely on standard term mortgage conditions that contradicted the special conditions of a “tracker mortgage”.

In particular, the case concerned whether the lender could rely on two provisions in its standard term mortgage conditions entitling it (1) unilaterally to vary the loan interest rate for any “valid reason” and (2) to terminate the mortgage on one month’s notice absent borrower default.

Notably, the borrower represented a number of other borrowers with similar loans (known collectively as the “Property118 Action Group”). The case reinforces the importance of ensuring communications to borrowers (including transaction documents) accurately reflect the parties’ intentions. This is particularly the case where a lender wishes to rely on a wide power or discretion conferred on it in its standard terms which might allow it to deviate from the main purpose or object of the particular contract in question.

We discuss the decision in more detail below.

In May 2008, Mr Alexander (“the Borrower”) applied to West Bromwich Mortgage Company (“the Lender”) for a “buy to let” interest only mortgage.

In June 2008, the Lender sent the Borrower three documents that were all later incorporated into the Mortgage Deed the Borrower signed in July 2008:

(1) an “Offer of Loan Letter”, which included an “Offer Document” setting out “the costs, features, terms and conditions of the Loan“;

(2) “Special Conditions of Offer”, which were not relevant to the case before the Court; and

(3) the “Lender’s Mortgage Booklet”, which contained the Lender’s standard form “Mortgage Conditions” (including both the standard conditions the Court was asked to consider).

The Offer Document described the mortgage as a “tracker mortgage” for a term of 25 years, with interest to be fixed at 6.29% for the first two years after which it would revert to a variable rate of 1.99% above the Bank of England Base Rate.

The Mortgage Conditions contained two clauses that the Borrower claimed were both inconsistent with the Offer of Loan Letter and therefore not incorporated into the contract between the parties:

(1) Clause 5 (“the Interest Rate Clause”) entitled the Lender unilaterally to vary the interest rate of the loan for reasons of business prudence, efficiency, competitiveness or any other “valid reason”.

(2) Clause 14 (“the Acceleration Clause”) allowed the Lender to compel the Borrower to repay the loan, with any accrued interest and unpaid charges, in full on one month’s notice (regardless of whether the Borrower was in default). The same clause also triggered the Lender’s powers of sale and leasing and its power to appoint a receiver at the Borrower’s expense.

The Court applied the leading decision of the Court of Appeal in Pagnan SpA v Tradax [1987] 3 All ER 565 that the correct approach in cases where there is an inconsistency clause (as in the Borrower’s case) is to “approach the documents in a cool and objective spirit to see whether there is inconsistency or not“. Put simply, when considering the contract, it is not appropriate to assume there is an inconsistency; but equally, it would be wrong to presuppose there is not.

On the question of what would amount to an inconsistency, the Court again looked to Pagnan SpA which established that:

“…it is not enough if one term qualifies or modifies the effect of another; to be inconsistent a term must contradict another term or be in conflict with it, such that effect cannot fairly be given to both clauses.”

The Court went on to explain that the concept of inconsistency would extend to cases where clauses cannot “fairly” or “sensibly” be read together; not merely cases where they cannot literally be read together. In particular, a standard term that contradicts a clause setting out the main purpose or object of the contract is likely to be inconsistent.

By way of example, the Court cited Glynn v Margetson [1893] AC 351 where a clause in a contract to carry perishable goods (oranges) from Malaga to Liverpool was said to be inconsistent with the main purpose of the contract, because it allowed the carrier to stop at any of a number of ports, including ports which were not on the route from Malaga to Liverpool.

Was the Interest Rate Clause inconsistent with the Offer of Loan Letter?

(1) The Offer Document defined how the interest rate was to vary: namely, that after two years, the loan “reverts to a variable rate that isthe same as the Bank of England Base Rate… with a premium of 1.99%, until the term end…” (emphasis added). Given that there was no hint in the Offer Document the rate would ever deviate from 1.99% above Bank of England Base Rate, the Court held that the Interest Rate Clause was inconsistent because it provided for variation at the discretion of the Bank.

(2) The Offer Document included a “Product Description” that described the mortgage in “clear, absolute and unqualified terms“. The Court considered that the Interest Rate Clause would give the Lender the power to convert the mortgage into something else entirely (for instance, a standard variable rate mortgage rather than a tracker mortgage). For this reason, the Interest Rate Clause was inconsistent with the Offer Document (rather than something that merely qualified or modified it).

The Lender raised a number of arguments to suggest that the two clauses were not inconsistent and could sensibly be read together. However, for the reasons above, the Court did not accept this. As the Court pointed out, if the Lender wanted to have a right to vary the rate other than by reference to changes in the Bank of England Base Rate, the Lender ought to have spelt that out in the Offer Document.

As such, the Court found that the Interest Rate Clause was not incorporated into the contract and could not be relied upon by the Lender.

Was the Acceleration Clause inconsistent with the Offer of Loan Letter?

For similar reasons, the Court held that the Acceleration Clause was inconsistent with the Offer of Loan Letter. In particular:

(1) The Product Description described the mortgage as a “Buy to Let” interest only mortgage, meaning that the rental income from the property could be used to service the mortgage over the term of the loan. If the Lender was entitled to terminate the loan on one month’s notice at will, it would likely frustrate the Borrower’s contemplated business arrangements (effectively transforming a “buy to let” mortgage into a requirement to “sell unlet”).

(2) The term of the mortgage was 25 years and the Offer Document did not hint that the term might be accelerated absent default by the Borrower. Indeed, words such as “your home may be repossessed if you do not keep up repayments” would be highly misleading if the Lender had a right to call in the full loan and repossess the property, even if the borrower always made payments on time.

Standing back, it is striking how the determination of this case through the courts involved a considered assessment of the case authorities as to the proper approach to inconsistency clauses and an ‎exercise in contractual interpretation although ultimately the Court of Appeal expressed itself in reasonably strong terms that to give effect to the Interest Rate Clause on the facts of the present case would have enabled the Lender to transform and negate the Lender’s description of its tracker mortgage product in its offer documentation. 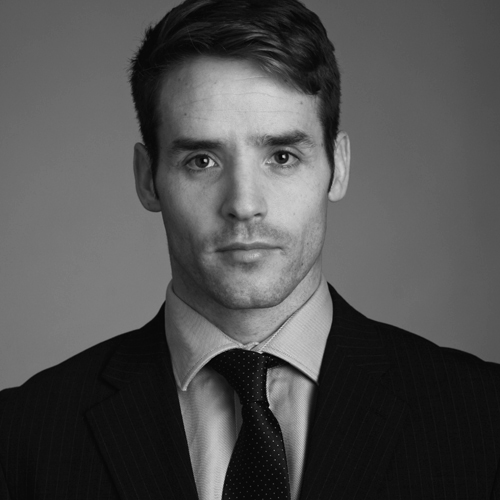