In Singularis Holdings Ltd v Daiwa Capital Markets Europe Ltd [2018] EWCA Civ 84, the Court of Appeal found that the defence of illegality was not available to a bank to defeat a claim against it by a corporate customer.

An illegality defence will operate in an appropriate case to prevent a claimant from pursuing a civil claim if the claim arises in connection with some illegal act on the part of the claimant. In this case, the bank had paid away large sums at the instigation of one of the claimant company’s directors, and its sole shareholder. The Court of Appeal found that the illegality defence was not available because the acts of the director/shareholder could not be attributed to the company.

The Court of Appeal’s judgment provides some helpful clarification of the principles applicable to attribution in the context of an illegality defence, emphasising that the leading authority is now Bilta (UK) Ltd (In Liquidation) v Nazir [2015] UKSC 23 and not Stone & Rolls Ltd v Moore Stephens (a firm) [2009] 1 AC 1391 (which should, as per Bilta, be put “on one side in a pile and marked ‘not to be looked at again’…”). Applying Bilta, the following points should be noted where a bank intends to raise the illegality defence against a claim by a corporate customer:

The effect of the Court of Appeal’s judgment is that Singularis’ successful claim has been upheld, and remains the first and only case in which a bank has been found liable for breach of its ‘Quincecare’ duty (to refrain from executing an order to make a payment where the bank is ‘put on inquiry’ that the order is an attempt to misappropriate funds). The High Court judgment noted that this was an unusual case because many of the factors previously put forward as to why it would be impractical to impose the duty on banks did not apply: the bank was not “administrating hundreds of bank accounts with thousands of payment instructions every week”. However, financial institutions handling client payments should be aware of the potential risk of the Quincecare duty being imposed and review the safeguards in place to recognise and report factors which may indicate such fraudulent activity.

The claimant, Singularis Holdings Limited (“Singularis”), was incorporated in the Cayman Islands in 2006 for the purpose of managing the personal assets of Mr Al Sanea (the owner of the Saad group, a Saudi Arabian conglomerate), although Singularis was not part of the Saad group. While Mr Al Sanea exercised the dominant influence over Singularis’ affairs, the Singularis board was comprised of several other directors, including a former judge, several former bankers and certain family members of Mr Al Sanea. From 2007, Daiwa Capital Markets Europe Limited (the “Bank”) had provided Singularis with loan financing to enable it to buy shares. Although Singularis had accumulated an equity portfolio valued at more than US$10bn by April 2008, a year later the company encountered serious financial difficulties. The Bank was able to unwind its positions with Singularis amicably. By June 2009, all outstanding sums had been repaid to the Bank. A little over US$200m remained in Singularis’ account with the Bank.

During the course of June and July 2009, Mr Al Sanea instigated the transfer by the bank of large sums to his other business interests. The Bank approved and completed these transfers, despite its Head of Compliance Division having reminded other employees of the Bank to exercise care and caution in connection with any activity on Singularis’ accounts in light of its “well publicised problems”. By this time, the credit rating agencies Moody’s and Standard & Poor’s had cut their ratings on the Saad group to junk and D (default) respectively, before withdrawing them completely due to lack of information. It was common ground at trial that Mr Al Sanea was acting fraudulently when he instigated the transfers and at trial the judge found that Mr Al Sanea must have known that Singularis was on the verge of insolvency at the time the payments were made. In August 2009, Singularis went into liquidation. In July 2014, Singularis (acting by its joint official liquidators) issued a claim against the Bank for US$204m, the total of the sums transferred in June and July 2009.

Singularis put its claim on two alternative bases: (i) that Daiwa dishonestly assisted Mr Al Sanea’s breach of fiduciary duty in removing the money from Singularis for the benefit of himself or other Saad group companies, to the detriment of the company’s creditors; and (ii) that Daiwa breached the duty of care it owed to Singularis, by authorising the payments having negligently failed to realise that Mr Al Sanea was committing a fraud on the company and misappropriating its money.

The High Court held that the first claim of dishonest assistance failed. In relation to the second basis of Singularis’ claim (to which the instant appeal related), the High Court held that the Bank did owe a duty of care to Singularis in respect of the money in its client account (referred to as the ‘Quincecare’ duty, articulated in Barclays Bank plc v. Quincecare Ltd [1992] 4 All ER 363, although no breach of duty was found on the facts of that case). The High Court held that the Bank acted in breach of its Quincecare duty by making the payments in question without proper inquiry, finding that any reasonable banker would have noticed the signs that Mr Al Sanea was perpetrating a fraud on Singularis and that there was a failure at every level within the Bank.

The Bank advanced an illegality defence relying on the legal doctrine of ex turpi causa, which prevents a claimant from pursuing a civil claim if the claim arises in connection with some illegal act on the part of the claimant. In this instance, the claim against the Bank for breach of duty was brought by Singularis, but the illegal acts were carried out by Mr Al Sanea. The focus of the argument before the High Court on the illegality defence was therefore whether Mr Al Sanea’s dishonest conduct should be attributed to Singularis. However, this (and the Bank’s other defences) were rejected (for reasons set out more fully below). The court reduced the damages payable by 25% to account for Singularis’ contributory negligence.

The Bank appealed. The grounds of appeal did not include an appeal against the finding of the Quincecare duty of care, or breach of that duty. The grounds related to the illegality defence and other defences, or alternatively (if remaining unsuccessful on those defences), the amount by which Singularis’ damages should be reduced for contributory negligence.

The Court of Appeal upheld the High Court’s finding that Mr Al Sanea’s fraudulent actions could not be attributed to Singularis. As such, the illegality defence was not available to defeat Singularis’ claims for breach of the Quincecare duty.

The Court of Appeal divided the Bank’s appeal into six issues: (1) attribution of knowledge and conduct; (2) illegality defence principles; (3) causation; (4) counterclaim in deceit; (5) application of Quincecare duty in relation to creditors; and (6) contributory negligence. This e-bulletin will focus on the first issue, which was the central ground considered in the appeal.

1. Attribution of knowledge and conduct

One of the elements of the High Court’s decision in finding that Mr Al Sanea’s fraudulent action should not be attributed to Singularis, was that Singularis was not a ‘one-man company’ in the sense used in Stone & Rolls and Bilta. The Bank submitted that the High Court had been wrong in law to hold that Singularis was not a ‘one-man company’ for the purposes of attribution, arguing that the proper construction of the test in those cases was that where the only directors of a company not involved in a fraud were supine, that company was properly to be regarded as a ‘one-man company’.

The Court of Appeal, however, agreed with Singularis that the touchstone was not whether the other directors were merely supine, but whether they were complicit in the fraud. Since the first instance judge had declined to make any finding of fact that the other directors were complicit in the fraud, Singularis could not be said to be a ‘one-man company’, and thus the Bank had not discharged its burden of proof.

The Court of Appeal held that the leading authority on what is meant by a ‘one man company’ was now Bilta, and that earlier cases (particularly Stone & Rolls) needed to be treated with caution. The Court of Appeal found the correct formulation of the ‘one-man company’ test was the one agreed by the majority in Bilta, namely “a company in which, whether there was one or more than one controller, there were no innocent directors or shareholders”. Given the lack of any finding of fact that any of the other directors had been complicit in the misappropriation of the money, applying the test in Bilta, the High Court had therefore not made any error of law.

The Court of Appeal went on to say that (per paragraph 26 of Lord Neuberger’s judgment in Bilta), even where there are no innocent directors or shareholders, the illegality defence will only be available on some occasions. In other words, the outcome will always depend on context. In the context of the current case (and unlike Stone & Rolls), Singularis was not a company created purely to perpetrate a fraud; it had had a large and genuine business carried out over a number of years prior to the relevant events. Further, it was right to consider the nature of the claim and the relationship between the parties, which was the approach taken by the High Court in the following passage (with which the Court of Appeal agreed):

“…it would not be right to [attribute Mr Al Sanea’s knowledge to Singularis] because such an attribution would denude the duty [owed by the Bank] of any value in cases where it is most needed…the existence of the [Quincecare] duty is…predicated on the assumption that the person whose fraud is suspected is a trusted employee or officer. So the duty when it arises is a duty to save the company from the fraudulent conduct of that trusted person.”

Accordingly, the High Court would have been wrong to attribute Mr Al Sanea’s conduct and knowledge to Singularis in the instant circumstances and for the purposes of the illegality defence.

The Court of Appeal commented that – although it was bound by the authorities mentioned above – it did not find the concept of a ‘one-man company’ particularly helpful or illuminating in the context of considering attribution. It said the circumstances in which attribution will be appropriate were fact-specific and evaluation of the facts was not much assisted by trying first to decide whether the company in question fitted within the parameters of various competing definitions of the term ‘one-man company’. In this regard, the reality of the appeal on this ground was a challenge of the High Court’s view of the factual context; those factual findings were open to the High Court and were not formally challenged. There was no error of law.

2. Other issues considered on appeal

None of the remaining issues strictly fell to be considered in the appeal because of the failure of the attribution argument. However, the Court of Appeal dealt briefly with the remaining issues since they were argued before the court. The Court of Appeal agreed with the findings of the High Court and thus these grounds of appeal failed in any event. 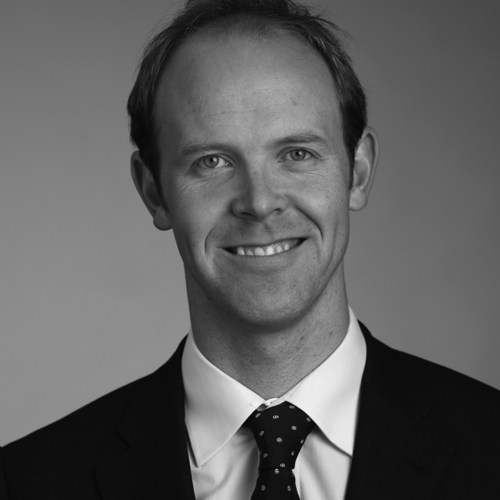