The decision of the High Court in Manchester Building Society v Grant Thornton UK LLP [2018] EWHC 963 (Comm) is a useful illustration of how the scope of an adviser’s duty under the SAAMCO principle can operate to limit liability. In summary, the court held that an auditor’s negligent advice in relation to the accounting treatment of interest rate swaps caused a building society to incur break costs of some £32.7m, but nevertheless found that such losses were irrecoverable, being outside the scope of the auditor’s duty.

The outcome of the case was driven by the court’s view that it would be a “striking conclusion” for an accountant who advised a client as to how certain transactions could be treated in its accounts to have assumed responsibility for the financial consequences of those transactions. As a statement of principle, that may appear self-evident. However, what makes the decision both interesting and difficult is the fact that the client in question entered into/continued the swaps only because it was led to believe that the swaps would result in an accounting treatment which removed volatility from its balance sheet with resulting advantages for the assessment of its regulatory capital requirements.

Ultimately, the court considered that the auditor had not assumed responsibility for its client being “out of the money” on the swaps, because break costs suffered by the building society for terminating the swaps flowed from market forces (for which the auditor did not assume responsibility).

However, this was a finely balanced decision, and the uncertainty in this area of law highlights the importance of clearly defining the scope of an adviser’s duty when agreeing engagement terms. While one cannot cater for every contingency, it is often possible to exclude liability for certain consequences of a breach. This can considerably reduce the scope for litigation, as relying upon the SAAMCO principle to limit liability should be a solution of last resort.

This case is an important application of the SAAMCO principle derived from the decision of Lord Hoffmann in South Australia Asset Management Corpn v York Montague Ltd. [1997] AC 191 and expanded upon more recently by Lord Sumption in Hughes-Holland v BPE Solicitors [2017] 2 WLR 1029.

From 2005, the Society began to prepare its accounts in accordance with International Financial Reporting Standards (“IFRS“). This change meant that the interest rate swaps now needed to be shown on the Society’s balance sheet. The swaps were to be recorded at a “fair value“, meaning that any changes in the fair value of the swaps (due to changes in present and estimated future interest rates) would have to be reflected in the Society’s profit and loss account.

Hedge accounting is complex and its requirements are strict. In the present case, the defendant accountants, Grant Thornton UK LLP (“GT“), incorrectly advised the Society in 2006 that it could make use of hedge accounting for its lifetime mortgage portfolio. This persisted until 2013 when the Society learnt that it could not use hedge accounting. During this period, there had been a sustained decrease in interest rates following the 2008 financial crisis which meant that the swaps held by the Society were a liability rather than an asset.

When reported without hedge accounting, the Society’s financial position was significantly worse than had previously been stated in its audited accounts. The inability to apply hedge accounting also meant that the Society’s balance sheet was now fully exposed to the risk of volatility due to changes in interest rates.

As a result, the Society was forced to close out the swaps, incurring break costs of some £32.7m. The Society subsequently brought a claim against GT to recover the break costs, and various other losses, totalling £48.5m.

GT’s negligence was admitted from the outset and therefore the key question for the court was whether the financial losses claimed by the Society (most significantly, the £32.7m break costs) were recoverable. The court ultimately concluded that the break costs were not recoverable (though it did make an award of damages of £315,345 in respect of certain other heads of losses claimed by the Society).

In reaching this conclusion, the court considered four questions: (a) but for the negligence, would the loss have been incurred; (b) was the negligence an effective cause of the loss; (c) was the loss within the scope of GT’s duty of care; and (d) was the loss too remote? This e-bulletin considers the questions of factual/legal causation and scope of duty in further detail below.

Causation as a matter of fact/law

The court accepted that GT’s negligence caused the Society to incur the break costs both as a matter of fact and as a matter of law. The court found that the Society would not have taken out any more long term swaps (and would have closed any existing swaps) “but for” GT’s negligent advice that the Society would be able to apply hedge accounting (cause in fact). Similarly, the court found that GT’s negligence was an “effective cause” of the Society’s losses (cause in law). In reaching this latter conclusion, the court explained how the use of hedge accounting was intended to mitigate the effects of volatility in the fair value of the swaps. Once the Society appreciated that hedge accounting was not applicable, its balance sheet was exposed to the full and unrestrained effects of the volatility of the fair value of the swaps. It was that volatility which forced the Society to close out the swaps in 2013 and thereby incur a substantial loss. The accounting treatment therefore had “real consequences” for the Society.

Nevertheless, the court found that the break costs incurred did not fall within the scope of GT’s duty to the Society and were therefore irrecoverable. The court reached this conclusion by applying the SAAMCO principle, explaining that the question for the court was whether GT had assumed responsibility for losses of the type which were sustained in 2013 when, following the realisation that hedge accounting was not available, the interest rate swaps were closed out (and the break costs incurred by the Society). The court commented that there were no hard and fast rules to be applied in this context and recognised that cogent arguments could be put forward on both sides in the present case. Ultimately, the court found that GT had not assumed responsibility to the Society in respect of the break costs. A number of factors appear to have influenced its conclusion:

When reaching its final conclusion, the court said that it was necessary to stand back and view matters in the round. Having done so, it considered that it would be a striking conclusion for an accountant who advises a client as to the manner in which its business activities may be treated in its accounts to have assumed responsibility for the financial consequences of those business activities. The court did not consider that the objective bystander, or indeed the parties themselves, viewing the matter in 2006 would have concluded that GT had assumed responsibility for the Society being “out of the money” on the swaps in the event of a sustained fall in interest rates. The court noted that the very same loss would have occurred if the swap counterparties had exercised their rights to terminate the swaps (as the regulator feared might well happen). This pointed to the fact that the Society’s loss arose from market forces for which GT did not assume responsibility.

However, this was a finely balanced decision and there were two particular points in favour of the Society’s case which were emphasised by the court (although ultimately rejected):

Firstly, in determining the matters for which GT assumed responsibility, the court said that it was required to consider whether the loss flowed from the “particular feature” of the defendant’s conduct which made it wrongful (per Hughes-Holland at paragraph 38). A helpful indication of how a first instance judge should go about answering that question was to be found in Main v Giambrone & Ors [2015] EWHC 1946 (QB). Applying this guidance, the court said that there was a cogent argument in support of the Society’s case. In summary, the break costs, which reflected the fair value of the swaps, were not only the reasonably foreseeable consequence of GT’s negligence but also flowed from the “particular feature” of GT’s conduct which made its advice wrongful. The court said therefore it could be concluded that the losses were the type of loss in respect of which GT had assumed responsibility.

Secondly, the court commented that although the defendant in a classic information case owes no duty of care to the claimant in respect of his entering the transaction (per Hughes-Holland at paragraph 35), GT owed a duty of care in respect of one prospective consequence of the Society entering into the transaction, namely, the volatility risk to which the Society’s balance sheet was vulnerable from changes in the fair value of interest swaps. Thus, if the information or advice had been correct, there would have been no need to break the swaps and the break costs would not have been incurred.

As explained above, while the court saw merit in the Society’s arguments above, it ultimately found for GT on the basis that it did not assume responsibility for the break costs. The court also dismissed most of the other claims for loss and held that only the sum of circa £300,000 was recoverable (reflecting the transaction costs of breaking the swaps and certain other costs).

This was plainly a difficult case given that the proper availability (or otherwise) of hedge accounting was a question on which GT was specifically asked to advise. Further, the Society’s loss flowed directly from the “particular feature” of GT’s advice which was wrong (mirroring the language used by Lord Sumption in Hughes-Holland). The decision illustrates the difficulty which both parties and the courts face when seeking to apply the SAAMCO principle to a particular set of facts. The judge in the instant case candidly acknowledged that his own mind had wavered during the course of considering whether GT had assumed responsibility for the type of loss incurred. Nevertheless, the court was ultimately unpersuaded that there had been an assumption of responsibility because, in truth, the Society’s losses were the result of market forces for which GT had not assumed responsibility. 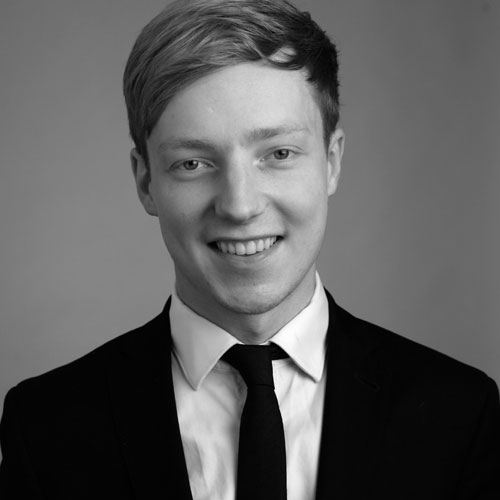