Court of Appeal decision in ENRC: orthodoxy restored on litigation privilege, but narrow interpretation of “client” remains for now

The Court of Appeal has today handed down its eagerly awaited decision in the ENRC appeal: The Director of the Serious Fraud Office v Eurasian Natural Resources Corporation Ltd [2018] EWCA Civ 2006. At first instance, the High Court took a restrictive approach to both litigation privilege and legal advice privilege (see our summary of the decision here). The Court of Appeal has allowed the appeal on the question of litigation privilege but has, with apparent reluctance, dismissed the appeal on legal advice privilege, concluding it is a matter for the Supreme Court.

In relation to legal advice privilege, the Court of Appeal considered itself bound by Three Rivers No 5 to find that the privilege is limited to communications between a lawyer and those tasked with seeking and receiving advice on behalf of the client company. In other words, it agreed with the judge’s interpretation of the effect of Three Rivers No 5 [2003] QB 1556, as also arrived at by Hildyard J in the The RBS Rights Issue Litigation [2016] EWHC 3161 (Ch) (considered here).

However, the court said that, if it had been open to it to depart from Three Rivers No 5, it would have been in favour of doing so. This was in part because, in the Court of Appeal’s view, the decision puts large corporations at a disadvantage, when it comes to legal advice privilege, compared to individuals and small corporations. Those tasked with seeking legal advice on behalf of a large corporation are less likely to have the relevant factual information, and will therefore have to rely on employees whose communications with the lawyers will not, on the reasoning in Three Rivers No 5, be covered by privilege (unless litigation privilege applies). The Court of Appeal also accepted that English law is out of step with international common law on this issue, which it considered undesirable. However, it said the matter would have to be considered again by the Supreme Court in this or an appropriate future case.

The background to the decision is summarised in our post on the first instance decision (linked above). Briefly, the issues arise in the context of a criminal investigation by the SFO into the activities of ENRC. As part of its investigation, the SFO issued notices under section 2(3) of the Criminal Justice Act 1987 against various parties, including ENRC, to compel the production of certain categories of documents.

The documents sought include, among others, notes taken by ENRC’s former lawyers (Decherts) of interviews with its employees and former employees as part of an internal investigation by ENRC which was prompted by a whistleblower’s allegations.

At first instance, Mrs Justice Andrews rejected ENRC’s claims to privilege (save in respect of one category of documents which is not relevant for present purposes), finding that the documents were not covered either by litigation privilege or by legal advice privilege. ENRC appealed.

The Court of Appeal (the Chancellor of the High Court, the President of the Queen’s Bench Division and McCombe LJ) upheld the appeal on litigation privilege, but dismissed it on legal advice privilege. The court handed down a unanimous judgment.

The test for litigation privilege is whether, at the time a communication is made:

The Court of Appeal held that Andrews J was wrong to conclude that a criminal prosecution was not reasonably in prospect at the relevant time. In the Court of Appeal’s view, the whole sub-text of the relationship between ENRC and the SFO was the possibility, if not the likelihood, of prosecution if the self-reporting process did not result in a settlement.

The court said it was “not sure that every SFO manifestation of concern would properly be regarded as adversarial litigation”, but where the SFO specifically made clear to the company the prospect of a criminal prosecution, and legal advisers were engaged to deal with that situation, there was a clear ground for contending that criminal prosecution is in reasonable contemplation.

While a party anticipating possible prosecution might need to make further investigations before it could say with certainty that proceedings are likely, that uncertainty would not in itself prevent proceedings being in reasonable contemplation. As the court put it:

“An individual suspected of a crime will, of course, know whether he has committed it. An international corporation will be in a different position, but the fact that there is uncertainty does not mean that, in colloquial terms, the writing may not be clearly written on the wall. We think the judge was wrong to regard the uncertainty as pointing against a real likelihood of a prosecution.”

The Court of Appeal also held that Andrews J was wrong to conclude that, if litigation was in contemplation, the documents were not prepared for the dominant purpose of that litigation. In the Court of Appeal’s judgment, there were a number of flaws in Andrews J’s decision on this point.

First, it disagreed with the judge’s view that documents prepared for the purpose of settling or avoiding contemplated litigation were not covered by litigation privilege. This, it said, was an error of law. The Court of Appeal held that, in both the civil and the criminal context, legal advice given in order to avoid or settle proceedings was as much protected by litigation privilege as advice given for the purpose of resisting or defending them.

Second, the Court of Appeal said that the judge did not properly interpret the leading cases of Waugh v British Railways Board [1980] AC 520 (HL) and Re Highgrade Traders [1984] BCLC 151 (CA). Waugh established that, where there are two purposes of equal importance, only one of which concerned litigation, litigation privilege is not available. In Highgrade Traders, the court was prepared to find that investigating the facts (in that case the cause of a fire) was a subset of advising on the defence of contemplated proceedings. In the present case, the judge found that ENRC’s dominant purpose was to investigate the facts to see what had happened and deal with compliance and governance, rather than to defend any proceedings (even if, contrary to her view, such proceedings were in reasonable contemplation). The Court of Appeal disagreed. As in Highgrade Traders, in the present case it concluded that the need to investigate the existence of alleged corruption was just a subset of defending the litigation. It commented:

“Although a reputable company will wish to ensure high ethical standards in the conduct of its business for its own sake, it is undeniable that the ‘stick’ used to enforce appropriate standards is the criminal law and, in some measure, the civil law also. Thus, where there is a clear threat of a criminal investigation, … the reason for the investigation of whistle-blower allegations must be brought into the zone where the dominant purpose may be to prevent or deal with litigation.”

Thirdly, the court disagreed with the judge’s interpretation of the contemporaneous material as showing that ENRC always intended or agreed to share the core material they obtained from their interviews and investigations with the SFO, as opposed to the report they ultimately prepared. While ENRC led the SFO to believe it might in future waive privilege in such material, it never actually did so.

It is also worth noting that the Court of Appeal disagreed with the judge’s view that, where a document is created with the intention of showing it to the opposing party, that means it cannot be subject to litigation privilege. As the court said, there are many circumstances where solicitors may spend much time fine-tuning a response to a claim to increase the prospects of an early settlement. The discussions surrounding the drafting of such a letter would, it said, be as much covered by litigation privilege as any other work done preparing to defend the claim.

Legal advice privilege applies to lawyer/client communications for the purpose of giving or obtaining legal advice. There is no need for litigation to be in contemplation.

At first instance, the judge endorsed the decision of Hildyard J in RBS regarding the proper scope of the “client” for privilege purposes in a corporate context, agreeing that the “client” comprises only those who are authorised to seek and obtain legal advice on behalf of the company. She considered both that this was the effect of the Court of Appeal’s decision in Three Rivers No 5, and that it was right as a matter of principle.

The Court of Appeal noted that its conclusions in relation to litigation privilege made the question of legal advice privilege far less important. However, since the matter had been fully argued and the Law Society had intervened on that issue, it indicated how it would have determined the question.

First, the court said, it would have determined that the court in Three Rivers No 5decided that communications between a corporation’s employee and its lawyers could not attract legal advice privilege unless that employee was tasked with seeking and receiving such advice on behalf of the client. To this extent, it agreed with the decision of Andrews J.

The Court of Appeal noted that it had been pressed with the argument, on behalf of ENRC, that if that is what Three Rivers No 5 decided then it was wrong. In the Court of Appeal’s judgment, however, that was a question that could only be determined by the Supreme Court. However, it said that it could “see much force” in ENRC’s submissions.

The Court of Appeal commented it did not think a meticulous analysis of the 19th century authorities should be determinative, as those cases were decided when the distinction between litigation privilege and legal advice privilege was very much in its infancy. It was more important that a principled analysis of the purpose of legal advice privilege should be undertaken. The court referred to the opinion of Lord Scott in Three Rivers No 6 [2004] UKHL 48 which, it said, set out the parameters. In summary, there are numerous reasons why “individuals, whether humble or powerful, or corporations, whether large or small”, may need to seek legal advice or assistance. This is strongly in the public interest. To enable appropriate advice to be given, however, it is essential that the full and complete facts are placed before the lawyers, and clients may not do so with the necessary candour unless they can be assured that what they tell their lawyers will not be disclosed without their consent.

“If a multi-national corporation cannot ask its lawyers to obtain the information it needs to advise that corporation from the corporation’s employees with relevant first-hand knowledge under the protection of legal advice privilege, that corporation will be in a less advantageous position than a smaller entity seeking such advice. In our view, at least, whatever the rule is, it should be equally applicable to all clients, whatever their size or reach.”

Further, the Court of Appeal agreed with the submissions made on behalf of the Law Society that English law is out of step with international common law on this issue, as other common law jurisdictions have chosen to depart from Three Rivers No 5. It said it is “undoubtedly desirable” to have a common approach, particularly when so many multinational companies operate and have subsidiaries in numerous common law countries (although they did not favour the dominant purpose test for legal advice privilege adopted in place of Three Rivers No 5 in Australia and Hong Kong).

For these reasons the court concluded that, if it had been open to it to depart from Three Rivers No 5, it would have been in favour of doing so. 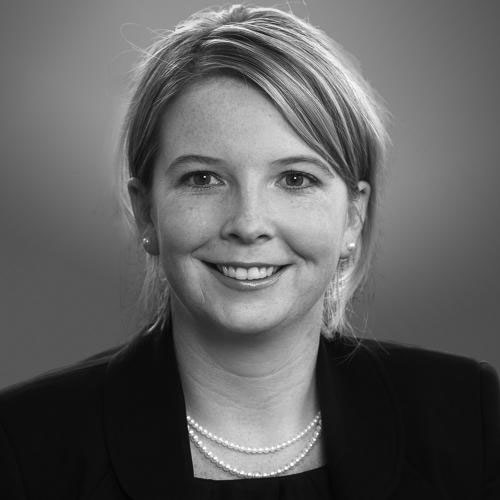