High Court Strikes out claim alleging an implied overarching ‘customer agreement’ requiring the parties to “cooperate with each other and act in good faith”.

Standish & Ors v The Royal Bank of Scotland plc & Anor [2018] EWHC 1829 (Ch) will be of interest to financial institutions seeking to enforce rights or exercise powers under facility agreements. In particular, where counterparties allege the existence of implied duties which they allege restrict the exercise of express rights and powers in facility agreements, this decision provides a helpful example of the circumstances in which the court is prepared to strike out such claims.

In the instant case, the claimant (a borrower in default) alleged the existence of an implied overarching ‘Customer Agreement’, which was said to contain implied duties of good faith that restricted the defendant bank’s ability to enforce its express rights under the loan agreement. The Customer Agreement was referred to by the court as a “mysterious creature“, with no particulars given as to how it came into being; rather its function was to provide a vehicle into which terms could be implied. Unsurprisingly, the court rejected the existence of both the implied contract and the implied terms.

While the decision arose from an interlocutory application and turned on the specific facts of the case, it restates the leading authorities and provides an interesting application of what are now well-established principles of contractual interpretation. It was common ground that no general duty of good faith exists in English contract law and a high threshold must be met before the court is willing to imply the existence of a contract or term. The case should dampen some of the enthusiasm with which claimants may have viewed Mr Justice Leggatt’s (as he then was) ‘Relational Agreement’ formulation in Yam Seng Pte Ltd v International Trade Corp Ltd [2013] EWHC 111 (QB); a party seeking to argue that a ‘Relational Agreement’ falls to be implied must still be able to show that implying the ‘Relational Agreement’ is necessary to give business efficacy to the parties’ arrangements (Yam Seng at [142]). Finally, Standish should also serve as a timely reminder to parties to be more confident in applying for strike out where statements of case clearly provide no reasonable grounds for bringing a claim.

It is understood that the claimants have applied for permission to appeal the decision.

The claimants were shareholders in a company named Bowlplex Ltd (the “Company“), which owned and operated bowling sites across the UK. National Westminster Bank plc, which is a brand of the Royal Bank of Scotland plc (the “Bank“), provided the Company with banking facilities from 2004. The Company’s business suffered from both the introduction of the smoking ban and the global financial crisis, causing it significant financial challenges. This precipitated the Bank’s referral in June 2010 of the Company to the Bank’s Global Restructuring Group (“GRG“), following the Company’s breach of financial covenants.

The key points of the chronology thereafter are as follows. In August 2010, the Bank’s subsidiary and equity investment vehicle, West Register Number 2 Ltd (“West Register“), was introduced to the Company and a West Register employee began attending meetings between the Company and the Bank. The Company’s financial difficulties continued and two refinancing deals were struck with the Bank through which (among other things) the Company agreed to transfer 60% of the equity and 45% of the voting rights to West Register (together, the “Refinancing“). Shortly after the second refinancing, in 2012, Mr Standish was dismissed from his position as managing director of the Company on what he claimed to be spurious grounds.

Importantly, throughout the relevant period the Bank and the Company were party to a series of standard banking agreements, none of which included an entire agreement clause.

The focus of this e-bulletin is the alleged breach of a duty of good faith, as in relation to this issue the court made a number of points which will be of general application in similar cases.

The court began by highlighting the current public interest in West Register and GRG. However, it emphasised that the question for the court was not whether GRG had behaved in commercial terms which were unsatisfactory, but whether, as a matter of law, the claim showed reasonable grounds.

In reaching its decision that no Customer Agreement existed, the court restated the current law on implying contracts into existence as per Baird Textile Holdings Ltd v Marks & Spencer plc [2001] CLC 999:

The court relied on the comprehensive framework of standard banking agreements to conclude that there was no obvious reason why it should recognise an additional overarching agreement, without express terms, that was said to have come into being at some unspecified point in time. The claimants’ case on the Customer Agreement (and therefore the alleged duty of good faith implied into that contract) failed on the following bases: (1) the alleged overarching Customer Agreement failed the “necessity test” for introducing an implied contract; and (2) the circumstances of its creation were wholly unparticularised in the claimants’ pleadings. It was held that the Customer Agreement was a completely artificial construct that was divorced from the commercial realities of the dealings between the parties; its function was to provide the claimant with a vehicle into which the alleged terms could be implied.

The court cited the leading authority on implied terms, Marks & Spencer v BNP Paribas Securities Services Trust Co [2015] 3 WLR 1843. Marks & Spencer made clear inter alia a number of key principles. First, the default position is that nothing is to be implied into a contract; the more detailed the contract, the stronger that presumption will be. Second, it is impossible to imply into a contract any term or condition inconsistent with the express provisions of an agreement. Third, the implied term must be necessary to give business efficacy to the contract; a term can only be implied if, without the term, the contract would lack commercial or practical coherence.

Having found that there was no Customer Agreement in existence, the court noted that it was unnecessary to consider the Company’s case based on terms to be implied in that agreement and therefore declined to do so. The Company did not allege (“realistically“, in the court’s view) that terms were to be implied into the facility agreements themselves.

It is interesting to note that having determined that there was no Customer Agreement, the court also deemed it unnecessary to consider in any detail whether the types of duties envisaged in Mr Justice Leggatt’s (as he then was) ‘Relational Agreement’ in Al Nehayan v Kent [2018] EWHC 333 (Comm) and Yam Seng Pte Ltd v International Trade Corp [2013] EWHC 111 (QB) could be implied. Commentators are likely to watch with interest the next case where such arguments are raised, to see whether these authorities will be followed or distinguished. 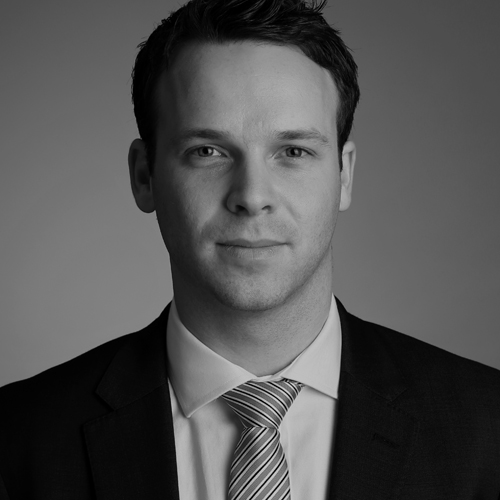