In a recent decision, the High Court has ordered that documents provided to Tesco plc (“Tesco“) by the SFO for the purpose of negotiating a deferred prosecution agreement (“DPA“) must be disclosed by Tesco in the separate civil action relating to the same subject matter, brought by its shareholders under s.90A of the Financial Services and Markets Act 2000 (“FSMA“): Omers Administration Corporation & Ors v Tesco plc [2019] EWHC 109 (Ch). The court reached this conclusion notwithstanding the fact that these documents were obtained by the SFO from third parties using its powers to compel the production of information/documents under s.2 of the Criminal Justice Act 1987 (“CJA“), and provided to Tesco during the DPA process on the understanding between the SFO and Tesco that the information they contain would be kept confidential.

This decision will be of significance to listed companies. It highlights the possibility that documents provided by third parties to the SFO (for example in connection with a criminal/regulatory investigation into false/misleading financial information published by a listed company), will become disclosable in any subsequent civil shareholder action. One can readily see the likelihood of follow-on civil proceedings in such circumstances.  There may also be read across value for documents produced to other regulatory or enforcement bodies in similar circumstances; although depending on the agency concerned there may be additional statutory restrictions on the disclosure or use of documents which come into play (for example s.348 FSMA in the context of an FCA investigation).

Where a live criminal investigation/prosecution is on foot, there may also be additional considerations relating to whether disclosure of documents could prejudice that investigation – in Omers, the court considered that a confidentiality club order, protecting the documents from entering the public domain until after the conclusion of the civil proceedings was sufficient to address the risk of prejudice to the criminal proceedings, but this may not always be the case.

Third parties who are compelled to provide documents to criminal/regulatory authorities should also take note of this decision and understand the potential for wider disclosure of such documents.

The judgment follows the recent decision in R (On The Application Of KBR Inc) v The Director of the Serious Fraud Office [2018] EWHC 2368 (Admin) in which the High Court held that the SFO was able to compel a foreign company to produce documents located outside the jurisdiction (see our banking litigation e-bulletin). Taken together, these cases suggest that the scope of documents obtained in regulatory and criminal investigations which may be obtainable by claimants in civil litigation may be increasing.

One risk arising from this decision is that, conscious that their evidence may no longer be truly confidential, people being interviewed may be less willing to speak freely and openly to investigators. Of course, where an interview is compelled then there will be no choice but to answer questions, but there is the potential for a chilling effect on witnesses, on voluntary interviews and on the provision of witness statements.  Preservation of confidentiality in regulatory investigations and criminal proceedings has long been viewed as being in the public interest and this decision calls those policy objectives into question.

This judgment arises out of proceedings brought against Tesco by two groups of shareholders seeking compensation under s.90A FSMA in respect of losses allegedly suffered as a result of false and misleading statements made by Tesco to the market in the context of reporting its commercial income and trading profits (the “Shareholder Action“).

The same circumstances also led the SFO to pursue a criminal investigation into Tesco, its subsidiary Tesco Stores Limited (“TSL“) and certain individuals. This resulted in the DPA between the SFO and TSL in 2017.  Three individuals were also prosecuted, but later acquitted on all counts (see our corporate crime e-briefing on the DPA).

During its investigation, the SFO obtained documents, transcripts of interviews and witness statements from third parties (the “SFO Documents“). This material was obtained by the SFO by the use or prospective use of its powers to compel the production of information/documents under s.2 CJA.

Tesco was thus caught by two potentially conflicting obligations: the obligation of confidentiality to the SFO on the one hand, and the obligation to give disclosure in the Shareholder Action on the other.

The question before the court was:

The court heard submissions from the claimants, Tesco and the SFO, the latter acting in effect as a self-appointed amicus curiae in addressing the relevant legal principles. The court also had the benefit of a number of objections to disclosure of the SFO Documents received by the SFO from third party objectors (“TPOs“) from whom the documents were originally obtained.

The court held that the SFO Documents did fall to be disclosed in the Shareholder Action, notwithstanding the fact that these documents were obtained by the SFO from third parties using its powers to compel the production of information/documents under s.2 CJA, and provided to Tesco during the DPA process on the understanding between the SFO and Tesco that the information they contain would be kept confidential.

In reaching this decision the court considered: (a) the potential application of various provisions of CPR Part 31; (b) the corresponding test for disclosure under each provision; (c) the potentially different application of these tests between cases of private vs public confidentiality; (d) the balancing exercise to be carried out by the court; and (e) taking all of this into account, its conclusions on the facts of the instant case.

Applicable provisions of the CPR

The court noted that CPR Part 31 provides for (at least) three different circumstances:

The court held that the instant case fell within category (1) above as the documents were in the possession or control of Tesco, so disclosure and production were sought from an existing party to the proceedings. As such, it held that CPR 31.22 and CPR 31.17 were not engaged.

The court noted that in cases of party to party disclosure, “relevance is the prima facie test“.

In the court’s view, relevance was not of itself enough to override public or private interests in maintaining confidentiality, and confidentiality must always be assessed when considering an application for production of documents where a duty of confidentiality is owed to a third party. The court accepted that “[n]othing in the CPR overrides or dilutes the Court’s obligation to consider fairly … the strength and value of the interest in preserving confidentiality and the damage which may be caused by breaking it” (quoting from Science Research Council v Nassé [1980] AC 1028 at page 1067B-D). However, the court added that confidentiality in and of itself offers no ground for protection and the relevant question is “whether the overriding objective of dealing with the case justly and at proportionate cost can be secured without production of the relevant documents“.

In answering this question, the court made the following key points:

Having decided the relevant test to be applied in these circumstances, as outlined above, the court then explored the difference between where the confidentiality asserted is purely private (in which case it said the argument for disclosure is almost certain to take precedence) and where there is a wider public interest in the maintenance of confidentiality.

It was acknowledged that in relation to the facts of this case, “[i]mportant policy objectives are in play in the context of the use that may be made of documents obtained pursuant to the exercise by the relevant authorised body of powers of compulsion for the purpose of a regulatory investigation and/or criminal prosecution“. The court referred to the judgments in Rawlinson & Hunter Trustees v SFO [2014] EWCA Civ 1409 (Tchenguiz No 2) and Real Estate Opportunities v Aberdeen Asset Managers Jersey Ltd [2007] EWCA Civ 197, both of which highlighted the importance of preserving confidentiality in such circumstances.

Discretion of the court

The court emphasised that there is a difficult exercise in judicial judgment where confidentiality is asserted, because confidentiality (and the damage which may be caused by breaking it) and the objective to dispose fairly of a case are not commensurable.

However, it suggested that in the case of party to party disclosure – in cases where it is accepted that the documents are relevant – the balance is “very likely” to favour production (unless the same information is available from another source without disproportionate difficulty). That said, the court will seek to impose protections where appropriate to do so.

Exercise of discretion in the present case

The court was firmly of the view that it would not be just to deny the claimants production of the SFO Documents. The court considered separately the issues of public interest confidentiality in the context of documents obtained/created under compulsion, and private confidentiality.

The court stated that the SFO Documents were “undoubtedly likely to contain material necessary for the fair disposal of the action” and that in such circumstances the public interest in confidentiality, “though usually of particular weight in the context of documents obtained by compulsion, must yield to the public interest in ensuring … as far as possible the courts try civil claims on the basis of all the relevant material and thus have the best prospect of reaching a fair and just result“.

The court noted the following points which it regarded as relevant in this context:

Notwithstanding its finding that the SFO documents were disclosable, the court did acknowledge the objections raised by certain TPOs that some documents contained information that was private and confidential and irrelevant to the matters in issue. The court considered that it should be left to the relevant TPOs to identify what they regarded as truly private, confidential passages that could be redacted without undermining the substantive content of the document in terms of the issues in the proceedings. It allowed additional time to enable these TPOs to identify the discrete parts to be redacted.

The court also asked for further submissions from the parties as to how the adverse consequences of disclosing the SFO documents could be mitigated by further restrictions (noting the restrictions applied in Frankson v Home Office [2003] 1 WLR 1952, such as a strict limitation on the persons to whom copies of the transcripts could be provided). 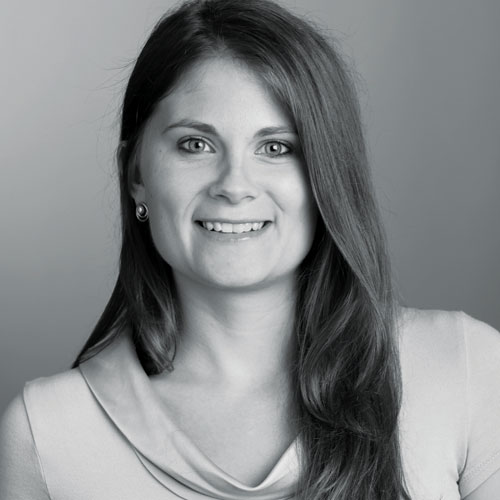