LIBOR is being overtaken: Will it be a car crash?

It is clear that, from 2021, LIBOR (at least as we know it) will cease to exist. Given its prevalence as an interest rate benchmark in contracts across multiple markets and jurisdictions, its demise raises questions about the litigation risks which parties to such contracts may face. Herbert Smith Freehills LLP have published an article in the Journal of International Banking Law and Regulation on the types of litigation which may arise, and some of the legal arguments which might be deployed. The full article is available here: LIBOR is being overtaken: Will it be a car crash? (2019) 34 J.I.B.L.R.

In our article we explore the sorts of claims which may arise by reference to the four markets which are most affected by the transition from LIBOR: (A) the loan market; (B) the derivatives market; (C) the bond market; and (D) the securitisation market. We also look at the potential regulatory consequences (both to the financial institution and to the applicable senior manager) of failing to put in place appropriate transition plans, and to demonstrate delivery of that plan going forwards.

SONIA in the driving seat

Since the FCA confirmed that it will no longer compel banks to provide quotes for LIBOR after 2021, steps have been ongoing to determine an appropriate alternative risk free rate (“RFR“). In the UK, the Sterling Overnight Interbank Average Rate (“SONIA“) has emerged as the preferred replacement rate and the Bank of England’s Working Group on Sterling Risk-Free Reference Rates has an objective to ensure a transition from sterling LIBOR to SONIA by the end of 2021.

However, such a transition is not a matter of a straightforward switch and differences in the way the two rates operate will lead to various challenges. One of the fundamental differences (and a likely trigger for disputes) is that, since it is an overnight rather than a term rate, SONIA rates will be inherently lower than LIBOR, meaning that there will be potential value transfers if LIBOR is simply switched out for SONIA.

Will it be a car crash? The litigation risks

A. The loan market

There is no procedure to amend legacy loan facilities on an industry-wide basis. Although the Loan Market Association (“LMA“) produces a suite of recommend form facility agreements, they are not drafted to be adopted wholesale and are negotiated on a deal-by-deal basis. The process of amendment is also complicated by the fact that amendment clauses often require the unanimous consent of syndicate lenders and borrower. As such there are likely to be a significant number of unamended legacy loan facilities when LIBOR is finally discontinued.

For legacy contracts which are not amended, the existing LMA documentation provides a variety of options for parties to select from in a waterfall of fall-backs should LIBOR be unavailable:

Whatever the applicable fall-back, it is very plausible that in practice there will be a material ‘winner’ and a material ‘loser’ as a result of the transition from LIBOR. The ‘losing’ party may seek to avoid the fall-back position by deploying some or all of the arguments below.

Arguments on the basis of contractual interpretation, implied terms and frustration are likely to be challenging in the context of LMA agreements given that they expressly provide for a range of (albeit not particularly commercial) fall-back mechanisms. Another battleground for litigation in this scenario will of course be challenges to the determination of the fall-back rate under the contractual provisions. Whilst the ‘historic rate’ will be straightforward to apply, the ‘cost of funds’ calculation is much more difficult in practice and vulnerable to challenge.

For amended legacy contracts and new contracts, the LMA has produced a ‘Recommended Revised Form of Replacement Screen Rate Clause’[1] which has been in use since the end of May 2018. The revised form of the clause provides for borrower and Majority Lender (i.e. two-thirds of the syndicate lenders) consent to be sufficient, rather than unanimous lender consent, to make amendments to the finance documents to facilitate the replacement of LIBOR with a replacement RFR, on the occurrence of a specified trigger event. However, there is plainly scope for dispute about the operation of the consent clause, application of the triggers and the operative provisions in the revised clause (which envisage, but do not actually provide, an adjustment mechanism to reduce/eliminate the transfer of economic value on transition from LIBOR).

B. The derivatives market

Unlike the multi-lateral syndicated loan market, derivatives are bilateral in nature. Moreover, the ubiquitous adoption by market participants of the ISDA documentation allows for an industry-wide mechanism to be used for the adoption of amendments. However, although ISDA intends to publish a backward-looking protocol (or set of protocols) which would allow parties to legacy contracts to elect to incorporate revised fall-backs, this will not provide a complete answer as it will only apply if both parties actively sign up to the protocol. Given the vast numbers of derivatives contacts, there remains a significant risk that a number are likely to be left unamended.

For unamended legacy contracts, the existing fall-back in the ISDA documentation provides for the calculation of an arithmetic mean of quotations (known as the ‘dealer poll’ method). This requires the Calculation Agent to obtain at least two quotations from certain specific Reference Banks or alternatively “major banks in London“. The fall-back options are therefore much more limited in the ISDA documentation than they are in the LMA documentation and there is a real danger that, in circumstances where banks are not prepared to provide quotations, the courts will be left to determine the solution. Again, there are likely to be ‘winners’ and ‘losers’, and some of the potential arguments we have identified are set out below.

For new contracts, ISDA’s proposed approach is to publish a Supplement, so that any transactions entered into after the date of the Supplement will automatically incorporate the revised fall-back language (and an opt-in protocol for parties who wish to amend legacy contracts). ISDA’s proposal is that the replacement RFR will be calculated by an independent third party and published on a screen so that it can be accessed in the same way that LIBOR currently can. This mechanism has the potential to limit the scope for another avenue of litigation to develop as a result of individual market participants calculating their own rate (but may expose the third party vendor to the risk of liability for any errors in its application of the chosen methodology). As with the LMA revised fall-back language, there is also the potential for disputes arising from the triggers to activate the fall-back and calculation of the spread adjustment (to reduce/eliminate the transfer of economic value on transition from LIBOR).

The documentation for the bond market is bespoke to individual transactions. As such, there is no model language to analyse legacy bonds already in issue and there is no straightforward mechanism for amendment. However, based on a review of precedent transaction documents, common fall-back language relies on:

Potential candidates for disputes include:

For new bond issues, a commonly seen solution is that, upon a trigger event, the issuer will appoint an ‘independent adviser’ to determine the replacement rate and any necessary adjustment to reduce or eliminate any economic prejudice or benefit to noteholders. However, it remains to be seen if there are third parties who are willing to step in and accept such roles and it may be arguable that any financial adviser taking on that role will assume responsibility to investors to exercise those functions with reasonable care, and the potential for claims if that duty is not discharged.

As with the bond market, securitisation documentation is bespoke and trustees or agents (on behalf of the issuer) are likely to face challenges in obtaining the necessary consent from the holders of the instruments (particularly at each different tranche of the securitisation structure) to make amendments to legacy documentation which would provide improved fall-backs to apply when LIBOR discontinues.

There is no uniform language in legacy instruments across the different products in the securitisation market. However, many public deals involve fall-backs based on:

This will potentially give rise to similar disputes to those identified for the bond market. However:

The Securitisation Division of the Association for Financial Markets in Europe has published wording for newly issued instruments, which includes a range of triggers. The proposed language introduces a mechanism which allows the issuer (through its agent) and/or the bond trustee to convert to an alternative benchmark rate without the need for requisite approvals from noteholders, subject to obtaining various rating agency confirmations and a negative consent mechanism. This raises obvious questions about the standard to which the agent or trustee will be held in exercising this discretion (or in not doing so). The precise operation of the negative consent mechanism is a further source of litigation, particularly if it could be argued that the senior noteholders’ interests are being pursued illegitimately by the modification to the detriment of the more junior noteholders’ interests. The role of credit rating agency confirmations also raises the possibility of litigation against the rating agencies, possibly deploying the causes of actions provided by CRA3[4].

The UK regulators have emphasised to the market that transitioning from LIBOR is an important issue, as illustrated by the Dear CEO letter issued to large banks and insurance companies on 19 September 2018. Inadequate LIBOR transition arrangements could give rise to:

[3] Unless the ISDA Illegality/Force Majeure Protocol has been subsequently followed. 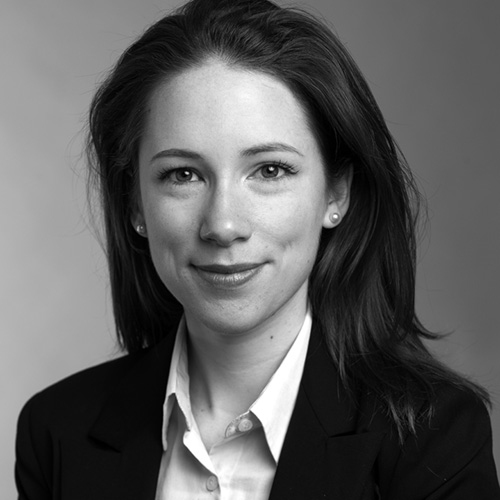