An individual investor, with substantial means and more knowledge and experience than the average person, may still be considered a ‘consumer’ for the purposes of Article 17 of Regulation (EU) No 1215/2012 on jurisdiction and enforcement of judgments in civil and commercial matters (“Recast Brussels Regulation“), even when contracting to trade a specialised product such as cryptocurrency futures.

The recent Commercial Court decision in Ramona Ang v Reliantco Investments Limited [2019] EWHC 879 (Comm) has confirmed the purposive test to be applied when considering whether an individual investor is a consumer under the Recast Brussels Regulation. While this decision arguably gives a generous interpretation as to who is a consumer under Article 17, it does provide some helpful clarification for financial institutions contracting with retail clients. In particular:

It is worth noting that the Court of Justice of the European Union (“CJEU“) has recently published an Advocate General (“AG“) opinion in a similar case, concerning a preliminary ruling on whether a natural person who engages in trade on the currency exchange market is to be regarded as a consumer within the meaning of Article 17: Jana Petruchová v FIBO Group Holdings Limited Case C 208/18. The AG opinion is largely consistent with the decision of the High Court in this case, save that it goes further by stating that no account should be taken of the circumstances of the individual and the nature/pattern of their investment (whereas in the instant case, the High Court said such factors would be considered, but would not be determinative – see the first point above).

The claimant (an individual of substantial means) invested in Bitcoin futures, on a leveraged basis, through an online trading platform (UFX), owned by the defendant. The claimant had no education or training in cryptocurrency investment or trading and was not employed at the time, but she played a part in looking after the family’s wealth and assisting her husband, a computer scientist with cybersecurity and blockchain expertise, who has identified himself publicly as being “Satoshi Nakamoto”, the online pseudonym associated with the investor of Bitcoin.

During the account opening process on the UFX platform, the claimant provided certain information about herself, including that she was self-employed, familiar with investment products including currencies and was a frequent trader (75+ trades). She was provided with and accepted the defendant’s terms and conditions.

The defendant terminated the claimant’s UFX account, the claimant alleged that the defendant did so wrongfully and brought a claim in the English High Court for compensation for the loss of her open Bitcoin positions. In response, the defendant challenged the jurisdiction of the English High Court, by reference to an exclusive jurisdiction clause in favour of the courts of Cyprus in the terms and conditions (and relying upon Article 25 of the Recast Brussels Regulation).

The High Court held that the claimant was a consumer within Article 17 of the Recast Brussels Regulation, on the basis that she was contracting with the defendant for a purpose outside her trade or profession. As a result, she was permitted under Article 18 of the same regulation to continue her claim in the High Court and the defendant’s challenge to the jurisdiction was dismissed. The court’s decision in relation to Article 17 is discussed further below.

Article 17 of the Recast Brussels Regulation applies to contracts “concluded by a person, the consumer, for a purpose which can be regarded as being outside his trade or profession“. The court noted that the concept of ‘consumer’ had been considered a number of times by the ECJ/CJEU and had an autonomous meaning under EU law, which was independent of national law.

The defendant contended that the ECJ/CJEU had ‘glossed’ the definition of consumer, relying in particular upon the ECJ’s statement in Benincasa [1997] ETMR 447 that “only contracts concluded for the purpose of satisfying an individual’s own needs in terms of private consumption” were protected by the consumer rule under Article 17. The High Court rejected this contention, however, following the approach taken by Longmore J in Standard Bank London Ltd v Apostolakis [2002] CLC 933 and holding that this reference to “private consumption” was not a new or different test to the one under the Recast Brussels Regulation. The court reaffirmed that there were “end user” and “private individual” elements inherent in the notion of a consumer, but that an individual acting for gain could nonetheless meet the test.

In doing so, the court made the following key observations:

Application of the test 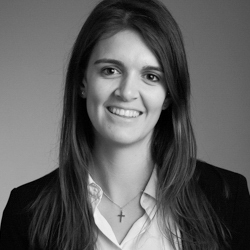