In a recent decision, the High Court has found that the terms of a Facility Agreement governed by English law allowed the borrower to withhold payment of interest instalments where there was a risk of secondary sanctions being imposed on the borrower under US law, notwithstanding that the Facility Agreement had no connection with the US: Lamesa Investments Limited v Cynergy Bank Limited [2019] EWHC 1877 (Comm).

At first sight the decision is surprising because English law does not generally excuse contractual performance by reference to a foreign law unless it is the law of the contract or the place of performance (and these exceptions did not apply here). However, the court noted that parties can contract out of this general rule, which is precisely what happened in this case. The relevant clause of the Facility Agreement permitted the borrower to withhold payment of interest instalments “in order to comply with any mandatory provision of law, regulation or order of any court of competent jurisdiction”.

Applying the usual principles of contractual interpretation, the court found that the clause covered the relevant US legislation even though it only gave rise to the possibility of secondary sanctions being imposed on the borrower, rather than expressly prohibiting the borrower from transacting with the lender. Specifically, the court held that the parties intended that:

The most striking aspect of the judgment is the approach to interpretation of the phrase “in order to comply”. The conclusion reached by the court accords with the ‘in practice’ position of parties faced with secondary sanctions risk (i.e. that, in effect, they have to ‘comply’ with non-applicable US law). However, it is not an obvious construction of the phrase given the legal nature of secondary sanctions.

This was a decision based on the interpretation of the terms of a particular contract, and so the outcome is therefore specific to the facts of this case rather than being more broadly applicable. However, the decision emphasises the need for parties to consider the potential impact of extraterritorial sanctions regimes on the performance of their obligations and to include a clear contractual allocation of risk in this regard. In this case, but for the relevant clause, the borrower would have been left with a choice between defaulting on its interest payments under the Facility Agreement or paying the sums due and facing potentially ruinous sanctions.

The drafting of the clause in this case was not entirely clear and the parties had to rely on the court to determine the correct interpretation. In order to avoid uncertainty, in many cases it will be prudent for parties to include a detailed definition of terms such as “comply” and “mandatory provision of law” which expressly state whether such terms are: (a) intended to be limited to the laws of any particular jurisdiction; and (b) intended to include laws which do not expressly require a party to refuse to make payment (or otherwise perform its obligations) but which may result in the party being subjected to secondary sanctions if it does so. However, where the risk being mitigated includes secondary sanctions risk arising under US laws which are subject to the so-called Blocking Regulation (EU Regulation 2271/96) (in particular in relation to Iran and Cuba), parties who are EU persons will also need to consider whether the language they wish to use would itself give rise to risk under the Blocking Regulation.

The claimant, Lamesa Investments Limited, is a Cypriot company whose ultimate beneficial owner is Mr Viktor Vekselberg. On 19 December 2017, the claimant entered into a Facility Agreement with the defendant, Cynergy Bank Limited, an English company.

Under the Facility Agreement, the claimant lent £30 million to the defendant, which was required to make interest payments on 21 June and 21 December of each year throughout the term of the loan. Clause 9.1 of the Facility Agreement provided that the borrower would not be in default if sums due were not paid “in order to comply with any mandatory provision of law, regulation or order of any court of competent jurisdiction”. The Facility Agreement was governed by English law.

On 6 April 2018, the US placed Mr Vekselberg on the list of “Specially Designated Nationals” (“SDNs“), pursuant to Executive Order 13662 (made under the International Emergency Economic Powers Act). As a result, the lender became a “Blocked Person” by reason of its indirect ownership by Mr Vekselberg.

The US sanctions on Russia (in common with a small number of other US sanctions regimes, including for example the regime applicable to Iran), contain so-called ‘secondary sanctions’ provisions. By contrast to traditional ‘primary sanctions’, which apply to US persons and conduct within the territorial jurisdiction of the US, secondary sanctions seek to target non-US persons who engage in certain specified activities that have no US jurisdictional nexus. A non-US party that engages in the specified activities can itself be subjected to retaliatory measures by the US government. For example, pursuant to US/Russian sanctions, knowingly facilitating a “significant” transaction with a SDN is secondarily sanctionable.

A significant part of the borrower’s business was denominated in US dollars, and US dollars deposited by its retail customers were deposited in a correspondent account maintained by the borrower with JP Morgan in the US. As a result of the significant risk to its business, the borrower relied on clause 9.1 of the Facility Agreement to withhold payment of £3.6 million of interest instalments that had fallen due (although it had ring-fenced the funds).

The lender sought a declaration that the borrower was obliged to continue making the payments under the Facility Agreement notwithstanding the risk that it would be subjected to secondary sanctions.

The court held that the borrower was entitled to rely on clause 9.1 of the Facility Agreement for as long as Mr Vekselberg remained a SDN and the lender remained a Blocked Person by reason of it being owned by Mr Vekselberg.

The court re-iterated the general position that, unless the contract provides otherwise, English law will not excuse contractual performance by reference to foreign law, unless that law is the law of the contract or the law of the place of performance. The Facility Agreement was not governed by US law and the US was not the place of performance. The sole issue was therefore whether, on its true construction, clause 9.1 of the Facility Agreement excused performance by reference to the relevant provisions of US law. There were three key battlegrounds on contractual construction, each of which is considered further below.

The court rejected the lender’s argument that the phrase “mandatory provision of law” should be construed to include a territorial qualification. It based its decision on the relevant documentary context. In particular:

In the court’s view, it would therefore be inconsistent to construe the term “mandatory provision of law” as being confined to English law. The court also noted that if the parties had intended to include a territorial qualification then they could have done so easily enough, but they chose not to do so.

Meaning of “mandatory” provision of law

The court did not accept that the natural understanding of English lawyers at the date of the Facility Agreement would have been that a “mandatory” rule of law was one that expressly required compliance. It said that all provisions of the law by definition have to be complied with unless the parties dis-apply them to the extent possible. Accordingly, the court found that the word “mandatory” in this context meant a provision of law that the parties cannot vary or dis-apply.

Meaning of “in order to comply”

The court considered that the real issue concerned the effect of the words “in order to comply”.

This is an interesting phrase in the context of secondary sanctions. On the one hand, there is an argument that technically such provisions do not require non-US persons to take or refrain from taking any particular steps; they do not ‘apply’ outside the US, and non-US parties are not required to ‘comply’ with them. Rather, they specify conduct which, if taken, could on a discretionary basis give rise to various forms of retaliatory action. On the other hand, in practice their effect is that non-US persons consider themselves required to ‘comply’, given the severe repercussions if secondary sanctions are imposed.

The court noted three possible permutations of the phrase “in order to comply”:

The court found that there was no reason why clause 9.1 should be confined to the first of these permutations (express prohibition). It emphasised that it has long been recognised in context of whether a contract is void for illegality that if a statute imposes a penalty that will be treated as an implied prohibition (see Phoenix General Insurance Co of Greece SA v Halvanon Insurance Company Limited [1988] 1 QB 216). In the court’s view, a party who acts so as to avoid the imposition of a penalty is complying with the implied prohibition just as much as a party who acts so as to comply with an express prohibition. (The court did not address the point that the imposition of secondary sanctions is not per se a ‘penalty’ imposed for breach of an applicable law).

The court further found that the factual and commercial context suggested that it was highly unlikely that the parties intended the clause to be limited to the first and second but not the third permutations. In particular:

Accordingly, the court found that the borrower was entitled to rely upon clause 9.1 of the Finance Agreement for as long as Mr Vekselberg remained a SDN and the lender remained a Blocked Party, and was entitled to a declaration to that effect.

One final point of interest to sanctions practitioners is a brief appearance in the judgment of reference to the so-called Blocking Regulation (EU Regulation 2271/96). Cynergy had argued that relieving Lamesa of its obligation to perform the contract would be contrary to the UK’s policy of not giving extra-territorial effect to US secondary sanctions programmes. The court rejected that argument, on the basis that its ruling was based on contractual construction, and “[u]nless there is a mandatory rule of English law that precludes parties to a contract from including a provision to the effect alleged I do not consider the alleged policy is material”. The court found that since the Appendix to the Blocking Regulation did not include the US/Russia secondary sanctions, the parties were free, through the terms of their agreement, to manage secondary sanctions risk.

This leaves open the possibility (albeit this was not relevant on the facts of the case), that the same approach would not pertain if the secondary sanctions in question were the blocked laws which appear in the Appendix to the Blocking Regulation (relating principally to Iran and Cuba). Set against this, but in a slightly different context, there are obiter comments in Mamancochet Mining Limited v Aegis Managing Agency Limited & Ors [2018] EWHC 2643 to the effect that there was “considerable force” in an argument that the EU Blocking Regulation was not engaged where an insurer’s liability to pay an Iran-related claim was suspended under a sanctions clause in an insurance policy (see our insurance blog post).

In short, the impact of the Blocking Regulation in these sorts of claims has yet to be fully explored, but it is interesting to see the courts begin to grapple with its potential impact; and as the US turns more often to secondary sanctions as a policy tool, it seems reasonable to anticipate more cases in which it will feature. 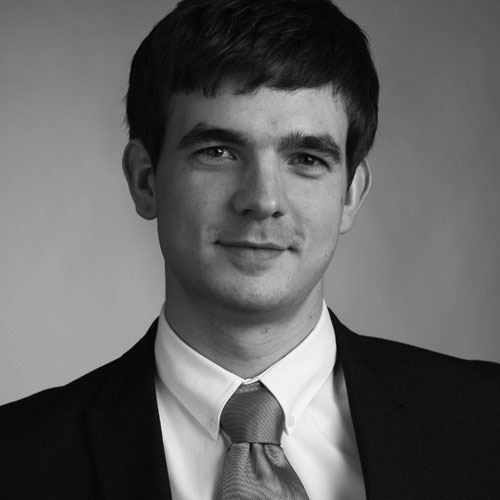