Since 2015 there has been a series of judgments in which claimant customers have (ultimately unsuccessfully) sought to impose contractual and tortious duties on financial institutions relating to the institution’s conduct of the 2012 past business review into the alleged mis-selling of interest rate hedging products (the “PBR”). The latest decision from the High Court represents good news for financial institutions in this context, finding that a bank owed no implied contractual duties to assess or compensate consequential loss claims under the PBR: Norham Holdings Group Ltd v Lloyds Bank plc [2019] EWHC 3744. The judgment, which was handed down in June 2019 but has only recently been made publicly available, demonstrates the robust approach the court is prepared to take to novel claimant arguments of this type.

In summary, the claimant alleged that a settlement agreement under the PBR in respect of direct losses, which expressly carved out claims for consequential loss from the scope of the settlement, should be construed as giving rise to an implied contractual duty on the bank to assess or compensate consequential loss claims under the PBR. The court rejected this contention, finding not only that the claimant’s construction of the particular language of the settlement was unnatural, but also that the imposition of such a duty would cut across the regulatory regime under which the PBR was established. The court also rejected an argument that the bank was estopped from contesting whether the swap was mis-sold in civil proceedings as a result of its assessment that redress was due under the PBR.

The latest decision is in line with two important previous authorities. In CGL Group Limited & Ors v Royal Bank of Scotland plc & Ors [2017] EWCA Civ 1073 (see our blog post), the Court of Appeal confirmed that the banks did not owe tortious duties to customers to conduct the PBR with reasonable skill and care, resolving previous inconsistent first instance decisions. Similarly, in Elite Property Holdings & Anor v Barclays Bank plc [2018] EWCA Civ 1688 (see our blog post), the Court of Appeal rejected the argument that a settlement agreement in respect of direct losses gave rise to implied contractual duties to carry out a detailed assessment of consequential loss and pay fair and reasonable redress if the claims were well founded. In both decisions, the Court of Appeal considered (among other matters) that it would undermine the regulatory and statutory regime to impose private law rights in such circumstances and there would need to be a clear expression of intention by the banks to undertake such duties – which there was not on the facts.

Given this previous higher authority, it is unsurprising that the claimant was unsuccessful in the present case, particularly as it bore close similarities to the claims rejected in Elite Property. However, the latest judgment serves to reiterate that the court will be reluctant to find that firms undertook any private law duties in the context of the PBR, absent clear expression of intention to do so. Furthermore, the court’s reasoning may apply to other formal past business reviews entered into voluntarily by agreement with the FCA and to section 404 of the Financial Services and Markets Act 2000 consumer redress schemes. Nevertheless, it would be prudent for firms to expressly exclude contractual and tortious duties when communicating with customers in respect of such reviews/schemes.

The court’s finding on estoppel will also be welcomed by banks, as it demonstrates that a bank’s offer of redress under the PBR will not (absent exceptional circumstances) prevent it from contesting mis-selling allegations in any subsequent litigation.

The claimant, a property investment company, entered into a LIBOR interest rate swap in February 2008 with Lloyds Bank (the “Bank”). The claimant suffered losses under the swap as interest rates fell substantially following the financial crisis.

In June 2012, the Bank, along with a number of other banks, entered into an agreement with the FSA (now FCA) to conduct the PBR. The PBR terms required it to review past sales of interest rate hedging products in order to determine whether there had been any breach of regulatory requirements, and to compensate direct losses (referred to as “basic redress”) where appropriate, as well as any consequential losses evidenced by customers (such as overdraft charges and additional borrowing costs).

In January 2014, the Bank concluded that there was insufficient evidence on file in relation to the swap to demonstrate compliance with regulatory requirements and offered a basic redress award to compensate direct losses (plus 8% interest) on the basis that the claimant should have been sold an alternative swap with different terms that would have incurred less losses (the counterfactual swap). The claimant accepted the basic redress award and elected that the Bank should also consider claims that it had suffered consequential losses. The parties signed a settlement agreement (the “Settlement”) to settle any claims for direct losses. The Settlement contained a broad full and final settlement clause covering all claims in respect of the swap “except any claims for consequential loss”.

The instant judgment relates to the trial of two preliminary issues, being the claimant’s allegations that:

The court found in favour of the Bank on both of the preliminary issues.

The court rejected the claimant’s argument that the Settlement created a contractual entitlement to consequential loss, for a number of reasons, including:

The court rejected the claimant’s estoppel by convention argument, as there was no unequivocal assumption by the parties that the Bank would not defend civil proceedings. The PBR made a much more limited finding that, on the limited information available to it, there had been insufficient evidence to demonstrate compliance with regulatory requirements. This was of no benefit to the claimant, as it had no cause of action based on breach of regulatory requirements, and in any event further information would be available in litigation. 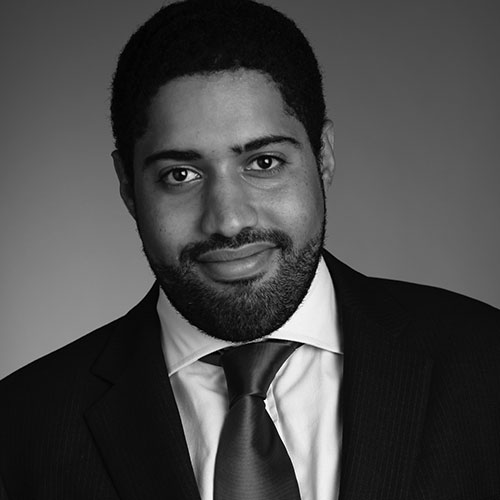