In a recent decision, the High Court has awarded a former partner of Ernst & Young (EY) damages exceeding $11 million, broadly equating to past and future earnings for the rest of his career: Rihan v Ernst & Young (Global) Ltd [2020] EWHC 901 (QB). The claimant, Mr Rihan, was a whistle-blower who publicly disclosed suspected irregularities arising out of an audit for a client for whom he was the audit engagement partner, and unilaterally left EY.

While the facts of the case arose in an audit and accounting context, the decision will be of interest to financial services firms more generally. In particular, the duty of care found to have been owed by EY to Mr Rihan was to protect against economic loss (in the form of loss of future employment opportunity), by providing an “ethically safe” work environment, free from professional misconduct. Further, although Mr Rihan was a partner in EY working in Dubai, the court found that this duty was owed (and breached) by four UK-based EY entities.

The decision has a number of unusual features, not least that: Mr Rihan had no contractual relationship with any of the defendant entities; his public disclosure was a criminal offence under local UAE law; the award of damages was the product of an exercise in judicial creativity involving the identification of a novel duty of care, albeit limited in ambit; and finally, the reasoning for the identification of this duty owed a considerable amount to features of UK employment law and yet Mr Rihan was not employed by any EY entity, being a partner.

EY is reported to be seeking permission to appeal. If the decision survives an appeal, it remains to be seen how widespread its effect will be as the court stressed the exceptional nature of the relevant facts which had given rise to the duty.

The complex facts in the case, as found by the trial judge (Kerr J), can be summarised as follows:

It was common ground that the claimant was not able to seek a remedy under the UK whistle-blower legislation: firstly, because he was not a worker at any of the defendant entities; and secondly, because he lived and worked outside the UK. Yet the court observed that if this had been a “conventional whistle-blower case”, the claimant would have had a strong claim. Although the claimant (as a partner) was not an employee of any EY entity, Kerr J (perhaps because of his employment law background and the fact that he also sits in the Employment Appeal Tribunal) invoked a number of analogies with employees or those in a “quasi-employment relationship”. Indeed there is no discussion in the judgment of the claimant’s rights as a partner of EY.

In deciding whether either duty of care identified by the claimant should be recognised, the court recognised first that there was no general duty to protect an employee against economic loss suffered after the end of his employment.

The court proceeded to consider each of the alleged duties in turn, applying the three classic tests used to determine the existence of a tortious duty of care in respect of economic loss: (1) assumption of responsibility; (2) the three-fold test in Caparo Industries plc v Dickman [1990] 2 AC 605 (foreseeability, proximity and whether it is “fair, just and reasonable” to impose a duty); and (3) the incremental test (whether the addition to existing categories of duty would be incremental rather than indefinable).

The court rejected the existence of the safety duty, finding that it would be an illegitimate extension of the law to make the leap from the standard employer’s duty to safeguard its employees against personal injury, to a broad duty to safeguard them against pure economic loss incurred as a result of the claimant’s need to cease working to avoid a threat to his physical safety.

The court held that EY had not assumed responsibility for such a duty and the threefold Caparo test was not met. Even if it was assumed that the claimant’s losses were foreseeable and that a sufficient relationship of proximity existed between the defendants and the claimant, in the court’s view it was not “fair, just and reasonable to impose on the defendants a duty of such width as to go far beyond the conventional duty to safeguard an employee against personal injury and loss of earnings consequent on such injury”.

The court found that, on the facts of the present case, the audit duty of care did not fit the “assumption of responsibility” analysis favoured in the paradigm cases where a person provides services or advice to another in circumstances where there is no contract but the provider knows or should know that the other will rely on the professional care, skill and judgment.

Having found that the proposed audit duty was novel, the court proceeded to consider whether the duty should exist by adopting an incremental approach to development of the law, by analogy with decided cases (see Lord Mance in Robinson v Chief Constable of West Yorkshire [2018] 2 WLR 595). On the other hand, however, the court also invoked the dictum of Lord Steyn in Williams v Natural Life Health Foods Ltd [ 1988] 1 WLR 830 that “the law of tort, as the general law, has to fulfil an essentially gap filling role”.

The court set out nine legally significant features drawn from analogous cases to decide whether they provided a sufficient basis to recognise the duty of care identified by the claimant, applying the threefold test set out in Caparo.

In the court’s view, it was readily foreseeable that the claimant would suffer financial loss if the audit was conducted and concluded in a manner the claimant considered unethical and unacceptable.

As to whether the loss was foreseeable by the four EY defendants specifically, the court was “not especially concerned with the precise contractual position of the claimant within the EY organisation”. Although the claimant had what the court described as “a partnership contract” with EY MENA Limited, he owed duties to the EY organisation far beyond those owed to EY MENA Limited. Similarly, the claimant regarded the EY organisation as “acting in concert with and through its various subordinate associated bodies” which all dealt closely with each other. The court regarded the knowledge and perceptions of EY global and regional leaders as attributable to all four defendants.

The court found that the requirement of proximity was met in relation to the audit of Kaloti and rejected arguments against this on the basis of EY’s corporate structure. It took comfort in this regard from recent appellate decisions including Vedanta Resources plc v Lungowe [2019] UKSC 20 and Chandler v Cape plc [2012] EWCA Civ 525 in which parent companies had (on an arguable basis only in the case of Vedanta, which arose in the context of a jurisdiction challenge) been found to owe duties to third parties/employees of their subsidiaries in circumstances where they exercised a high degree of influence in the business of the latter. This step in his reasoning was important because it enabled him to circumvent the fact that the claimant had no contractual relationship with any of the defendant entities.

Turning to the final “policy” element in the test, the court found that it was fair, just and reasonable for the law to impose the audit duty on EY. In reaching this conclusion, the court highlighted the following points in particular:

Finding in favour of the audit duty, the court was clear that the scope of the duty would have limited application. Specifically, it imposes a new duty of care on employers – and other quasi employers including partnerships and LLPs – to protect against economic loss to an employee/quasi employee’s loss of future job opportunity by providing an ethically safe work environment, free from professional misconduct in a professional setting. However, the court said the ambit of the duty would extend only to the team members in the Kaloti audit in the present case. More generally, the decision would apply only to “a small class of exceptional cases” and was “an outlier with a factual basis that will rarely if ever recur”.

Having found that the audit duty was owed by EY, the court was satisfied that it had been breached and awarded the claimant damages for loss of past and future earnings. 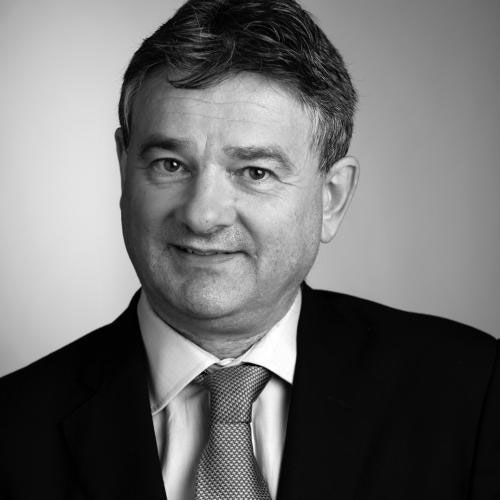