The High Court has held that personal guarantees signed by the chairman and sole shareholder of a borrower company were enforceable, dismissing arguments that emailing scanned signature pages was insufficient to constitute “delivery”, or that the doctrine of promissory estoppel was engaged to prevent the lender from calling on the guarantees where certain alleged assurances were given: Umrish Ltd & Ors v Gill [2020] EWHC 1513 (Ch).

The decision demonstrates the court’s willingness to take a robust approach to personal guarantors’ attempts to deny liability. This will be of particular interest for accredited lenders under the Coronavirus Business Interruption Loans Schemes, which were introduced as part of the government’s response to the effects of COVID-19 on businesses. Under these schemes, loans are partially guaranteed by the government. However, banks are permitted (and in some situations expected), to take security or personal guarantees for large facilities to cover the risk of default on the remaining balance. This decision provides comfort that the court will take a pragmatic approach to mechanisms for recovery under personal guarantees.

The defendant approached the claimants seeking investment by way of four loans totalling £1.5 million in Swisspro Asset Management AG (Swisspro), for which he was the chairman and sole shareholder.

Swisspro subsequently fell behind on its payments and the claimants sought to rely on the personal guarantees to recover the outstanding balance. The defendant argued that the guarantees were unenforceable. He alleged that no formal delivery had taken place, as only the signature pages were sent electronically, and that under the doctrine of promissory estoppel it was inequitable for the claimants to call on the guarantees due to the assurances given by Mr Venkatesh at the time of signing.

The court upheld the enforceability of the personal guarantees.

The court held that, on an objective assessment of the defendant’s actions in signing and scanning the signature page of the guarantees, a reasonable recipient in the position of the claimants would understand that the defendant had delivered the guarantees effectively and unconditionally.

The court rejected the defendant’s argument that it would be expected that he would not be bound by the terms until he delivered the complete contract with an original signature. Both parties identified the documents sent as being the personal guarantees in question. By signing and transmitting the signature pages to the claimants, the defendant indicated an intention to be bound by the terms of those documents. On the facts, there was no context that would indicate that this was conditional. The fact that a “completion meeting” was proposed to sign the originals did not impose a condition on the delivery.

The court noted that, in the age of instant communication, emailing a scanned signature page of an identified document is (absent any contrary context) sufficient for delivery and it would be unreasonable to expect a greater degree of formality.

The court found that the assurances given by Mr Venkatesh prior to the defendant signing the personal guarantees did not make it inequitable under the doctrine of promissory estoppel for the claimants to later call on the guarantees.

The court made certain findings of fact that Mr Venkatesh did not give any assurances that the guarantees would be unenforceable. The court found that he may have said the guarantees would “give comfort” and would be used as a “sleeping pill”, meaning they would not be called on for minor infractions. It held that these statements were not sufficiently clear and unequivocal to engage the doctrine of promissory estoppel. It was therefore not inequitable for the claimants to claim under the guarantees. 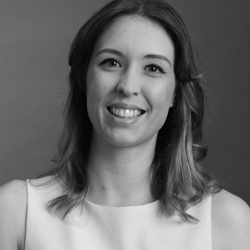