The High Court has dismissed a claim brought by an investment company against a foreign exchange trading platform seeking to recover losses it suffered as a result of the late execution of stop loss orders (SLOs) at disadvantageous exchange rates, following the de-pegging of the Swiss Franc from the Euro in 2015: Target Rich International Limited v Forex Capital Markets Limited [2020] EWHC 1544 (Comm).

This decision will be of interest to financial institutions as it provides another helpful example of the courts taking a robust approach to resisting claims for losses caused by unforeseen market volatility.

The court held that there was no express or alternatively implied duty on the defendant to execute the SLOs at the stop loss price. The defendant was no more than an intermediary between liquidity providers and its clients. The existence of the SLOs did not impose an obligation on the defendant to take its own position at the stop loss price and so engage in a substantively different sort of business, namely as a market maker, whether or not the corresponding price was available in the market.

The court also made it clear that parties could only incorporate a set of regulatory rules (such as the Conduct of Business Sourcebook (COBS)) by “express and obvious words of incorporation” and emphasised that it was already well-established in English case law that regulatory obligations do not automatically translate into the direct creation of private law rights. The court further clarified that the mere existence of the COBS rules did not give rise to a concurrent duty of care in tort.

Despite this issue not strictly arising for determination, the court also held that if the defendant had owed the relevant obligations, there would have been no breach due to the existence of a force majeure clause in the agreement. This is especially significant given the current COVID-19 context. For further legal analysis and insights in relation to COVID-19, and how we expect the crisis to operate as a catalyst for change, please visit our Catalyst Hub.

On 15 January 2015, the SNB announced the removal of the cap with immediate effect, which appears to have taken the market by surprise and resulted in an immediate period of great volatility (known as the Swiss Flash Crash). The SLOs’ limit was surpassed shortly after the SNB’s announcement, but the defendant’s system circuit breakers (SCBs) triggered immediately thereafter prevented the automatic execution of the SLOs. The SCBs temporarily suspended both pricing and trading on the defendant’s platform. Later in the day, the defendant lifted the SCBs (on the basis that sufficient pricing stability had returned) in order to execute the backlog of orders, including the claimant’s SLOs. The SLOs were executed at rates of around 1.03, but all the Trades were loss-making.

The claimant’s case was that the defendant acted in breach of contract and negligently in failing to execute the SLOs when they were triggered shortly after the SNB’s announcement.

The court dismissed the claimant’s case.

The court dismissed the claimant’s arguments.

The court held that there was no express or implied term requiring the defendant to comply with the SLOs at the stop loss price. The court noted that the Agreement contained an express term to the effect that an instruction would not constitute a binding contract until that instruction was executed and confirmed through the trading platform. The Agreement further provided that the acceptance of an instruction did not constitute any agreement or representation that the defendant would execute the instruction. The court also commented that in a market such as a foreign exchange where the defendant acts an intermediary, rather than market maker, it is of commercial importance that there be clarity as to the creation, nature and scope of legal obligation. In this case, the Agreement clearly determined the scope of the legal obligations between the parties and the meaning and effect of the relevant terms were not susceptible to any real doubt.

The court remarked that, even leaving aside the relevant provisions of the Agreement, it would reject the argument that the Agreement incorporated the specific instructions in relation to the SLOs on the basis that the defendant was no more than an intermediary between liquidity providers and its clients. It would not have been known at the time of placing the SLOs whether any liquidity provider would make an offer at the precise level of the SLOs and the defendant was under no obligation to take its own position at the stop loss price.

The court also stated that even if the claimant had established there was a binding contractual obligation on the defendant to execute the SLOs once triggered, there still would have been no breach of duty. The losses were incurred as result of the SCBs, which were market standard and intended for consumer protection.

The claimant submitted that the Agreement also incorporated, as express or alternatively implied best execution terms, the relevant provisions of the COBS rules on the following grounds:

The court rejected all of the claimant’s submissions.

Implication as a matter of law

The court held that the COBS rules were not mandatorily implied into every agreement of every authorised entity conducting investment business.

The court noted that there was a consistent series of court decisions providing that there is no direct right of action for breach of the COBS rules other than through s.150/138D FSMA. Also, MiFID did not require member states to provide protection for consumers by means of a direct right of action against an authorised person. The court also commented that it was incorrect to assert that the implementation of MiFID had not been sufficient to render “effective” the enforcement of rights for breach of its obligations. There were several routes to regulatory enforcement of MiFID. Even if this were not the case and the implementation of MiFID had been “ineffective”, this would not translate into the direct creation of private law rights.

The court held that there were no express and obvious words of incorporation. This indicated that there was no contractual intention to do so. The court found that the references in the Agreement to the defendant “acting in compliance with MiFID” or to the claimant being afforded “regulatory protections” were insufficient.

The court also held that there was no incorporation by assumption. The COBS rules were binding as regulatory obligations but this did not mean that they become binding by way of contractual obligation.

Implication as a matter of fact

Issue 3: Concurrent duty of care to comply with COBS rules

The claimant submitted that it was mandatory that the COBS rules were implied into the Agreement as a matter of European law and that every authorised entity conducting investment business owed duties of care in tort to the like effect.

The court rejected this submission.

The court held there was no concurrent duty of care to comply with the COBS rules. The court noted that the mere existence of the COBS rules does not give rise to a co-extensive duty of care. To do so would be contrary to Parliament’s intention to confer a limited cause of action for a limited class of persons (Green & Rowley v The Royal Bank of Scotland plc [2013] EWCA Civ 1197 followed; see our blog post on this decision).

“the suspension, closure, regulation, imposition of limits, special or unusual terms, excessive movements, volatility or loss of liquidity in any relevant market or underlying instrument, or where the Company reasonably believes that any of the above circumstances are about to occur.”

The court accepted that: (i) the excessive volatility and excessive loss of liquidity of the Swiss Flash Crash constituted an Exceptional Market Event within the definition in the Agreement; and (ii) the force majeure clause satisfied the reasonableness test under the Unfair Contract Terms Act 1977.

On the basis of the above, the court commented that if the defendant had owed the relevant obligations as argued by the claimant, the force majeure clause would have suspended those obligations. In that event, no breach would have been committed in any case by the defendant. 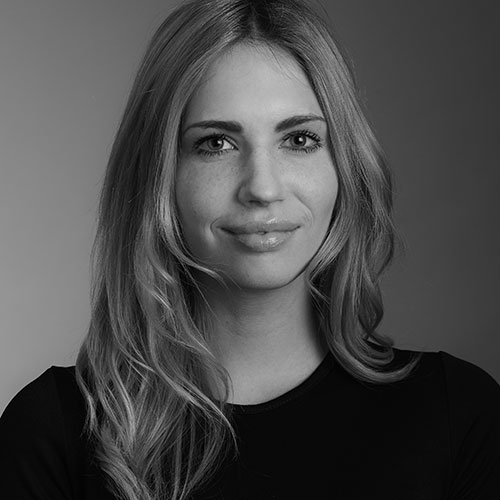