The High Court has dismissed an Italian municipal authority’s application to strike out certain parts of the claimant banks’ particulars of claims and/or for a stay (in relation to a declaratory relief claim in connection with two interest rate swap transactions): Banca Intesa Sanpaolo SPA and Dexia Credip SPA v Commune Di Venezia [2020] EWHC 3150 (Comm).

The court found that the definition of a new claim (which would be liable to be struck out) is a new cause of action which changes the essential features of the factual basis of the claim. Interestingly, the court found that references to documentation not directly related to the interest rate swaps at the centre of the dispute in the English proceedings (and which were central to the dispute in Italian proceedings) did not constitute a new claim for the purpose of the English proceedings. Further, the court did not consider that the existence of the Italian proceedings changed the essential features of the factual basis of the English claim. The fact that the relief sought in the English claim form and particulars of claim was the same was significant.

The court also found that exceptionally strong grounds are needed for a stay on case management grounds where the English courts have been granted exclusive jurisdiction. The court confirmed that the risk of parallel proceedings and inconsistent judgments is not sufficient to warrant a stay.

In mid-2007, the defendant Italian municipality authority of Venice engaged the claimant banks (Banks) to restructure €156 million worth of bonds and associated interest rate swaps it had entered into five years earlier with another bank. The parties entered into a Mandate Agreement and Investment Services Agreement (ISA), which were both governed by Italian law and conferred exclusive jurisdiction on the Italian courts. In December 2007, the defendant entered into interest rate swaps (Swaps) with the Banks and signed a suite of associated Swap documentation, including ISDA Master Agreements and schedules which contained an English choice of law and conferred exclusive jurisdiction on the English courts.

In June 2019, the defendant commenced proceedings against the Banks in Italy. The defendant claimed the Banks had failed to comply with the advisory obligations it owed to the defendant under the Mandate, the ISA and certain Italian legislation. Alternatively, the defendant claimed that the Banks’ breaches of duty caused it to enter into the Swap documentation. Two months later, the Banks commenced proceedings in England seeking various declarations in relation to the Swaps. The declarations sought included that the Banks had complied with and/or discharged their obligations arising out of or in connection with the Swaps and were not liable for any claims arising in relation to them (and that such claims were time-barred under the Limitation Act 1980). The Banks also filed applications in Italy challenging the jurisdiction of the Italian courts.

The court rejected the defendant’s application to strike out parts of the particulars of claim and for a stay.

Application to strike out

The defendant argued that the disputed paragraphs of the particulars of claim were an abuse of process as they introduced a claim which had not been included in the claim form. The defendant also argued that the claim form was framed solely by reference to the Swap documentation, not the Mandate Agreement or ISA, which were already subject to separate Italian proceedings. In the defendant’s view, the particulars of claim expanded the claim to include matters which were already the subject of the Italian proceedings.

The court accepted that pleadings may be struck out if they raise a new cause of action which is not within the ambit of the claim form. However, in the present case, the court held that the disputed paragraphs did not plead a cause of action distinct from the causes of action in the claim form. In reaching this finding, the court noted it was significant that the relief sought in the particulars of claim was the same as in the claim form. The court also said the disputed paragraphs did not introduce a change to the “essential features of the factual basis of the claim made” (as per the definition of a new cause of action set out in Jalla v Royal Dutch Shell PLC [2020] EWHC 459 (TCC)). The claim in the claim form was based on the terms and effect of the Swap documentation, and those documents referred to the consulting services provided by the Banks prior to entry into the Swaps. Therefore, reference to the Mandate Agreement and ISA in the particulars of claim did not change the essential features or factual basis of the claim, which was based on the terms of the Swaps. The court also considered that reference to the Italian proceedings did not change the essential features of the factual basis of the claim. The existence of the Italian proceedings may have indicated why the declarations were being sought, but did not amount to a factual situation giving rise to an entitlement to a different relief to that being sought in the claim form.

Application for a stay

In seeking a stay on case management grounds until the jurisdictional challenge in the Italian proceedings had been determined, the defendant argued that if the strike out application was not granted, there was a real risk of parallel proceedings and of inconsistent decisions if the Italian proceedings went ahead. If, on the other hand, the Banks’ jurisdictional challenge succeeded in Italy, then England would be the only forum for the defendant to pursue its claims under the Mandate Agreement and ISA. In the view of the defendant, it was in the interests of justice to stay the English proceedings.

The court held in line with previous authority that exceptionally strong grounds are required to grant a stay on case management grounds, especially where the English courts have exclusive jurisdiction, and that there were no such grounds in this case. It noted that in a case where the English court has jurisdiction, especially exclusive jurisdiction, the danger of inconsistent judgments is not a legitimate consideration amounting to exceptional circumstances (as per MAD Atelier International BV v Manes [2020] EWHC 1014 (Comm)).

In this case, the presence of the exclusive jurisdiction clause in the Swap documentation weighed against a stay. Further, a stay would not be consistent with Articles 29 and 30 of the Recast Brussels Regulation (1215/2012), as the English and Italian claims were separate and distinct, and the Banks’ claim could not be heard in Italy due to the exclusive jurisdiction clauses in the Swap documentation. Lastly, the jurisdiction of the English courts was established, whilst the jurisdiction of the Italian courts was being challenged. A stay in such circumstances would rarely be justified on case management grounds. A stay would only delay the English proceedings and would not be conducive to dealing with them expeditiously. 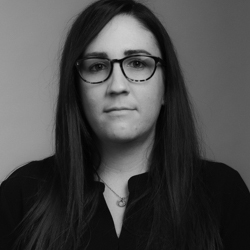