The High Court has dismissed an application by a group of unidentified investors for Norwich Pharmacal relief (or, alternatively, pre-action disclosure under CPR 31.16) in relation to a potential GBP £50 million damages claim against the defendant bank for an alleged breach of contract/negligence in connection with the sale of various tax mitigation schemes: Zeus Investors v HSBC Bank plc [2020] EWHC 3273 (Comm).

This decision is a reassuring one for financial institutions faced with broad applications for disclosure before proceedings have been commenced by prospective claimants; especially from those who may not be parties to the contractual arrangement which is the subject of the dispute and who are not identified precisely in the applications. Such applications may be used tactically by claimants seeking to put pressure on defendant banks with requests that are time-consuming to deal with and/or seek disclosure of potentially confidential documents. The decision highlights the narrow scope of the court’s Norwich Pharmacal jurisdiction, with claimants being required to: (a) evidence the vital need for the documentation requested in order to be able to plead their case; (b) engage appropriately with the requisite pre-action protocols; and (c) identify upfront and precisely who the applicants are.

In the present case, the court was satisfied that the information sought by the claimants was not necessary in order to plead their claim, given the material already available to them. This did not suggest to the court that a missing piece of the jigsaw was required to be able to formulate their case. In addition, the court found that the claimants’ application was unfocused and over wide, providing all the hallmarks of a fishing expedition. In particular, the court drew attention to the electronic search terms proposed by the claimants, which would likely have generated a large number of responsive materials and required a manual review prior to disclosure. These search terms did not appear to the court to be formulated by reference to a potential claim, with the claimants instead seeking every document of the slightest relevance for a purported claim which would be particularised at a later date. It was therefore not in the interests of justice to order the disclosure sought.

The claimants were investors in a series of tax mitigation schemes (Schemes) promoted by Zeus Partners LLP, a subsidiary of a UK brokerage (Subsidiary). These Schemes had allegedly been developed and masterminded by the defendant bank (Bank), pursuant to a 2007 agreement between the Bank and the Subsidiary (Agreement). The claimants were not parties to that Agreement, which also expressly provided that there were no third party enforcement rights.

By 2008 both the Treasury and HMRC had threatened taking legislative action against what they claimed to be aggressive tax management arrangements. Six investors in the Schemes were subsequently charged with conspiracy to cheat HMRC, with the Schemes reportedly having been designed and intended to illegally evade tax (the Criminal Proceedings). The Criminal Proceedings were discontinued and formally dismissed in June 2017.

Following the disclosure of certain internal Bank email exchanges by HMRC as part of the Criminal Proceedings, the claimants apparently became aware that the Bank in early 2008 became concerned that the Schemes were ineffective and high risk from a legal and regulatory perspective. But rather than providing cautionary advice to those who were owed advisory duties under the Agreement, the Bank purportedly instead chose to continue to allow the Schemes to be sold and profited from those sales.

The claimants (with a view to properly assessing, formulating and pleading their proposed claim against the Bank in relation to the Schemes) subsequently applied to the court seeking disclosure from the Bank of additional internal documents via a Norwich Pharmacal order. The claimants belatedly also applied, albeit through their skeleton arguments rather than amending the application notice, for pre-action disclosure under CPR 31.16. The claimants argued that the documents sought would form the bulk of what had only been seen in snippet form as a result of disclosure during the Criminal Proceedings.

The court dismissed the claimants’ application for Norwich Pharmacal relief. The court also said that if a formal application for pre-action disclosure had been made, it was satisfied that the application would have failed on its merits.

The claimants advanced a number of arguments in favour of Norwich Pharmacal relief. A key argument was that the disclosure of the documents sought from the Bank would provide a more complete picture of the nature and scope of the alleged breach of advisory duties. These documents were said to be required so that the investors in the Schemes could consider fully any breaches and particularise them in detail for any potential claims, avoiding the need for future amendments to their claim form.

The court rejected the claimants’ arguments and held that the requirements for Norwich Pharmacal relief had not been met.

In reaching its conclusion, the court cited the following factors, amongst others, as influential in its decision:

Interestingly, the court commented that even if the requirements for Norwich Pharmacal relief had been met, it still would not have considered it appropriate in the exercise of the court’s jurisdiction to have granted the relief sought. In the court’s view, such relief was neither vital nor necessary in advance of any action being commenced and the information sought was not required in order for justice to be done.

Application for pre-action disclosure under CPR 31.16

However, the court noted that it would not have been an appropriate case to permit the application for pre-action disclosure, on the basis that: (a) the application was not supported by evidence addressing the CPR 31.16 test; (b) the disclosure being sought by the claimants was wider than what would be ordered under the Bank’s duty of standard disclosure if the proceedings had already commenced (as required by CPR 31.16(3)(c)) and therefore a fishing expedition; and (c) such disclosure was not desirable and was not necessary to dispose fairly of the anticipated proceedings (which could properly and fairly be commenced without it), nor would it assist the parties in resolving their dispute without proceedings, nor would it save costs. 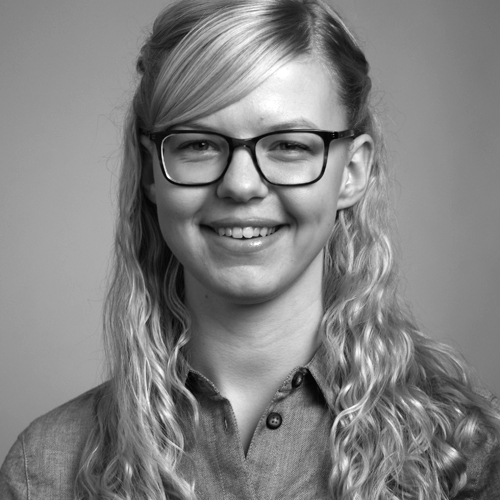