The FCA today made its much anticipated announcement that all LIBOR settings will either cease to be provided by any administrator or will no longer be representative:

The FCA expressly state that they “make this statement in awareness that it will engage certain contractual triggers for the calculation and future application of fallbacks that are activated by pre-cessation or cessation announcements made by the FCA (howsoever described) in contracts…” as they had said that they would.

Publication of most of the LIBOR settings will cease immediately after the dates above, though the FCA will consult on requiring the IBA to continue to publish certain tenors of Sterling, Yen and potentially USD on a synthetic basis, using changed methodology, under its new proposed powers in the Financial Services Bill 2020 which we have previously analysed here.  Today the FCA also published their statements of policy in relation to these proposed new powers.

ISDA has announced that this is an Index Cessation Event under the Supplement and the Protocol and will fix the spread adjustment published by Bloomberg (which will then be capable of being used by the loans market).

There may also be contractual consequences in loan agreements which include a non-representativeness trigger for screen rate replacement, and in bond programme documents which include the new style fallback language catering for a pre-cessation or cessation trigger. 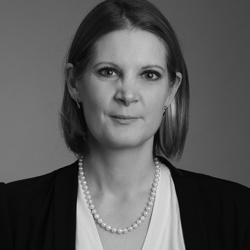