The High Court has struck out certain of the claims brought against G4S under section 90A Financial Services and Markets Act 2000 (FSMA), in a judgment which emphasises the risks inherent in issuing complex group litigation shortly before the expiry of an arguable limitation period: Various Claimants v G4S plc [2021] EWHC 524 (Ch). The decision brings into sharp relief the need for claimants to balance the tension between the crucial practice of book-building and awaiting regulatory investigations on the one hand and limitation periods on the other. Ultimately, in this case, the court had little sympathy for claimants who had failed to get their “ducks in a pen, let alone in a row” prior to the expiry of the limitation period.

The successful application will have a significant impact on the proceedings, with approximately 90% of the quantum of the claims being struck out.

The claims were primarily struck out on the basis that new claimants cannot be added to an existing claim form using CPR 17.1, which allows a party to amend its statement of case before it has been served. The Court also held that, in order for new claimants to be properly added to an existing claim form, a separate document recording their written consent must be filed with the court pursuant to CPR 19.4(4). The filing of an amended claim form, signed by the claimants’ solicitor, does not constitute such consent.

The Court further considered whether to grant the claimants permission to amend the claimants’ names where certain claimants were incorrectly identified on the claim form. The judgment provides a helpful reiteration of the legal principles which apply when the Court is considering whether to exercise its discretion to amend party names following the expiry of a limitation period.

Herbert Smith Freehills acts for the defendant, G4S, in this matter.

The applications arose in the claims brought by shareholders in G4S under section 90A and schedule 10A FSMA in relation to allegedly false and misleading statements or omissions made by G4S regarding its billing practices between 2011 and 2013.

The claim form was issued on 10 July 2019 and was subsequently amended 6 times to add or remove claimants before it was served on 30 April 2020. The claimants added on or after 11 July 2019 (the Additional Claimants) were purportedly added pursuant to CPR 17.1, which provides that “A party may amend his statement of case at any time before it has been served on any other party”.

G4S applied for the claims of the Additional Claimants to be struck out on the basis that:

G4S also applied for the claims of the Unidentified Claimants to be struck out on the basis that they were not properly identified on the claim form and / or were not legal entities with appropriate capacity to sue.

The claimants applied for permission to amend the names of the Unidentified Claimants. The amendments sought ranged from the correction of typos to the substitution of claimants for other entities.

G4S also sought to have claims relating to publications by G4S from 2006 to 2011 struck out of the Particulars of Claim on the basis that the claim form limited the relevant time period to publications made from 2011 onwards.

The High Court (Mann J) struck out the claims of the Additional Claimants, which accounted for approximately 90% of the quantum of the claims, and refused the Claimants’ amendment application (save for a correction to the name of one claimant).

Addition of claimants pursuant to CPR 17.1

Mann J considered whether the Additional Claimants could be joined to the claim form prior to service without the Court’s permission under CPR 17.1, and whether G4S was right to bring a challenge to the addition of those claimants under CPR 3.4.

G4S argued that CPR 17.1, on its true construction, applies only to an existing party amending their own statement of case, and therefore an amendment which seeks to introduce a new claimant does not fall within this rule.

Mann J agreed, noting that the natural meaning of “his statement of case” does not include an amendment to plead another claimant’s entirely separate case. Instead, this is bringing in a new party with a distinct claim. In such circumstances, rather than seeking to amend the original claim form, the Additional Claimants should commence their own separate proceedings and later apply for the claims to be consolidated. The claims of the Additional Claimants therefore fell outside the scope of CPR 17.1 and had not been validly added to the claim form.

Given the above, Mann J considered G4S’s decision to challenge the amendments via a strike out application under CPR 3.4 to be the correct approach. However, he also dealt with the case in the alternative, assuming he was wrong in respect of the use of CPR 17.1. In doing so he held that, if the amendments to the claim form in order to add the Additional Claimants had been validly made under CPR 17.1, any challenge to the addition of the Additional Claimants would need to be made under CPR 17.2 within 14 days of service of the claim form. In this case, G4S’s strike out application could stand as an application under CPR 17.2, but the fact that it was issued outside the 14 day period meant relief from sanctions would be required.

In applying the three stage test from Denton v White and other appeals [2014] EWCA Civ 906 in respect of the relief from sanctions application, Mann J found the 8 week delay between service of the claim form and issuing G4S’s application to be significant. However, Mann J did not consider that G4S’s failure to invoke CPR 17.2 was deliberate.

The most significant factor in this case was proportionality; if relief were refused, and the amendments allowed, the Additional Claimants would be deemed to have brought their claims on the date of issue of the original claim form. G4S argued this was the last day of the limitation period, and it would therefore be deprived of the benefits of the Limitation Act 1980. This was considered to outweigh any prejudice that may be caused to the claimants if relief were granted. Mann J noted that the matters in issue had come about due to “an apparent failure to get all the claimant’s ducks in a pen, let alone in a row”. Accordingly, relief from sanctions was granted.

Mann J then went on to find that, in reliance upon Chandra v Brooke North [2013] EWCA Civ 1559, in circumstances where there is an arguable limitation point in relation to the Additional Claimants, the challenge under CPR 17.2 would succeed. This is because of the finding in Chandra that, if on an amendment application it appeared that there was an arguable limitation point, then the appropriate course was not to decide it but to refuse permission and leave it to the claimant to issue fresh proceedings in which the limitation point could be tried.

“Nobody may be added or substituted as a claimant unless –

The Claimants’ submitted that (i) CPR 19.4(4) did not apply to the joinder of the Additional Claimants pre-service, and (ii) in any event, filing an amended claim form signed by a solicitor as agent for the claimants constituted such consent. Mann J considered it impossible to think of a reason why this rule should apply post-service and not pre-service, and found therefore that it plainly did apply to addition of the Additional Claimants. Further, applying Court of Appeal authority Kay v Dowzall [1993] WL 13726011, Mann J held that consent impliedly expressed by a solicitor signing a claim form on behalf of the claimants cannot count as a consent under CPR 19.4(4). The rule requires a separate document from the sort of pleading the claimant (or someone on their behalf) would have to sign anyway, and this separate document would need to be filed before the addition of a party which takes effect via an amended claim form. The claims of the Additional Claimants were therefore not properly added to the claim form.

Parties can apply to amend a claim form to correct the name of a claimant or defendant under 17.4(3) if there has been a genuine mistake as to the name of that party which would not cause reasonable doubt as to the identity of the proper party. Alternatively, if a limitation period has expired, a party can be added or substituted under CPR 19.5 if the limitation period was current when the proceedings started and the amendment is necessary. An amendment will be “necessary” under CPR 19.5 if (a) the original party was named in the claim form by mistake, or (b) the claim cannot be carried on without the new party.

In considering these provisions, Mann J applied the following principles:

The “reasonable doubt” test is an objective one, and such doubt could not be removed by the possibility that the identity of the proper claimant might be apparent from G4S’s share register or other transactional information shared by the claimants’ solicitors after the date of the mistake – the “resolving of any doubt…should not depend on the defendant having to put together a jigsaw out of material provided for a different purpose”.

Even if the above requirements were met, the claimants still needed to satisfy the court that it should exercise its discretion in their favour to allow the amendments. Mann J noted that the claim was hastily put together in the knowledge that a limitation period was approaching. Had the litigation been put in train earlier, there would have been fewer mistakes or more time to correct them. The court’s discretion is not intended to encourage or assist “such disorderly litigation”, and Mann J refused to exercise it in the claimants’ favour (save for in respect of one claimant which had been identified by its former name in the original claim form).

Claim for losses prior to 2011

The claim form was limited to claims from 2011 onwards, but the claimants’ Particulars of Claim included claims going back to 2006. It was accepted that an amendment to the claim form was needed and, in circumstances where a limitation defence arguably applies, any amendment application would have to satisfy the requirements of CPR 17.4(2) (which states that the court may allow an amendment whose effect will be to add a new claim, but only if the new claim arises out of the same facts or substantially the same facts as a claim in respect of which the party applying for permission has already claimed a remedy in the proceedings).

Mann J considered it impossible to maintain that claims from 2006 onwards arose out of the same or substantially same facts as the claims limited to 2011 onwards. While the facts giving rise to the original claim may have to be investigated in the earlier period, any claim in relation to that earlier period would require additional investigations into any statements made by G4S in that period, the alleged falsity of those statements, the effect on the market of those statements, and the way in which the claimants reacted to such statements. These may be the same type of facts as the original claim, but were in reality different facts. As such, G4S’s application to strike out claims based on publications prior to 2011 succeeded. 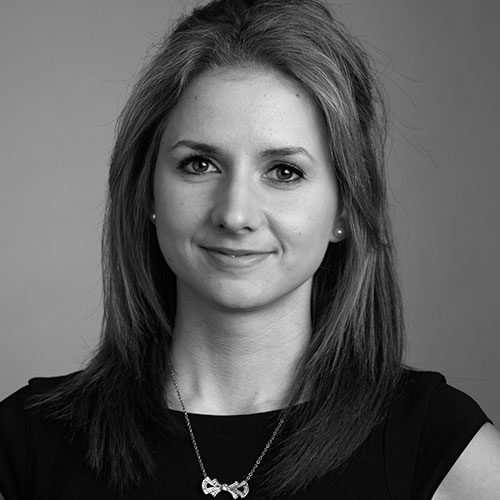