Court of Appeal decision in Adams v Options: the meaning of “advice” and potential implications for financial product mis-selling claims

In the context of an investor’s claim against the provider of his self-invested personal pension (SIPP) under s.27 of the Financial Services and Markets Act 2000 (FSMA), the Court of Appeal has provided guidance on the question of what constitutes “advice” on investments for the purpose of article 53 of the Financial Services and Markets Act 2000 (Regulated Activities) Order 2001 (RAO), which will be of broader interest to the financial services sector, beyond pensions-related disputes: Adams v Options UK Personal Pensions LLP [2021] EWCA Civ 474.

The underlying claim involved a pensions scheme operated by an unregulated intermediary (CLP), which persuaded the investor, Mr Adams, to cash out his existing pension fund and invest in “storepods” via a SIPP operated by Options UK Personal Pensions LLP (formerly Carey Pensions UK LLP). The Court of Appeal found that Mr Adams only agreed to transfer his pension fund into the Carey SIPP in consequence of things said and done by CLP in contravention of the general prohibition imposed by s.19 FSMA (which bars anyone except an authorised/exempt person from carrying on a regulated activity in the United Kingdom). Despite the fact that Carey had no knowledge that CLP was carrying out regulated activities, the Court of Appeal held that Mr Adams was entitled to recover his investment from Carey pursuant to s.27 FSMA.

The decision provides some interesting commentary on the meaning of “advice” in a financial services context, and the operation of the “no advice” clause in the pension contract between Carey and Mr Adams. These issues are considered below, although for a more detailed analysis of the decision, please see our Pensions Notes blog post.

Carey has applied to the Supreme Court for permission to appeal.

Meaning of “advice” in a financial services context

Central to the Court of Appeal’s decision on the s.27 FSMA claim, was its conclusion that CLP carried on a regulated activity by providing “advice” on investments to Mr Adams within the meaning of article 53 of the RAO. The Court of Appeal cited with approval the key authorities considering what constitutes “advice” in this context: Walker v Inter-Alliance Group plc [2007] EWHC 1858 (Ch) and Rubenstein v HSBC Bank plc [2011] EWHC 2304 (QB) and confirmed the following general principles:

It is important to recognise the different contexts in which the meaning of “advice” has been considered in the cases cited:

It is unclear whether the general principles confirmed in Adams v Options as to the meaning of “advice” will apply to all of the scenarios identified above, or if they will be confined to the court’s interpretation of the RAO. The court appears to have cited the authorities interchangeably between these cases, but there may be a tension between the ordinary English meaning of the word “advice” (e.g. for the purpose of considering a breach of contract or tortious claim) and “advice” for the purpose of the regulatory regime.

Impact of “no advice” clause in pension contract

Given its conclusion in respect of s.27 FSMA that Mr Adams had been advised, the court held that Mr Adams was entitled to recover money and other property transferred under his pension contract with Carey, unless the court was prepared to exercise its powers under s.28(3) FSMA to enforce the contractual agreement between the parties. Section 28 FSMA empowers the court to allow an agreement to which s.27 applies to be enforced or money/property transferred under the agreement to be retained, if it is just and equitable to do so. In considering whether to take such a course in a case arising under s.27, the court must have regard to “whether the provider knew that the third party was (in carrying on the regulated activity) contravening the general prohibition”.

Although Carey was not aware that the introducer (CLP) was carrying on unauthorised activities, the Court of Appeal rejected Carey’s argument that the pension contract should be enforced.

This outcome raises an interesting issue as to the contractual allocation of risk in the pension contract between Mr Adams and Carey, which expressly provided that Carey was instructed on an execution-only basis. As summarised by Lady Justice Andrews:

“There is nothing to prevent a regulated SIPP provider such as Carey from accepting instructions from clients recommended to it by an unregulated person, and from doing so on an “execution only” basis. But the basis on which they contract with their clients will only go so far to protect them from liability. If they accept business from the likes of CLP, they run the risk of being exposed to liability under s.27 of the FSMA.”

Accordingly, the practical effect of the Court of Appeal’s decision was to sidestep the provisions of the pension contract that defined the relationship as “non-advisory“ and expose Carey to specific risks associated with CLP’s (unauthorised) business model. It is clear that the court’s approach was driven by the very specific exercise of its discretion under s.28 FSMA, in particular to promote the key aim of FSMA to protect consumers, and to reflect the appropriate allocation of risk to authorised persons who have accepted introductions from unregulated sources.

This can be contrasted with the approach adopted by the court to no advice clauses in the context of civil mis-selling claims for breach of contractual and/or tortious duty in advising a customer as to the suitability of a particular financial product. The court has recently confirmed in Fine Care Homes Limited v National Westminster Bank plc & Anor [2020] EWHC 3233 (Ch) (see our blog post) that clauses stating that a bank is providing general dealing services on an execution-only basis and not providing advice on the merits of a particular transaction, are enforceable and are not subject to the requirement of reasonableness in the Unfair Contract Terms Act 1977 (UCTA) when relied upon in the context of a breach of advisory duty claim. 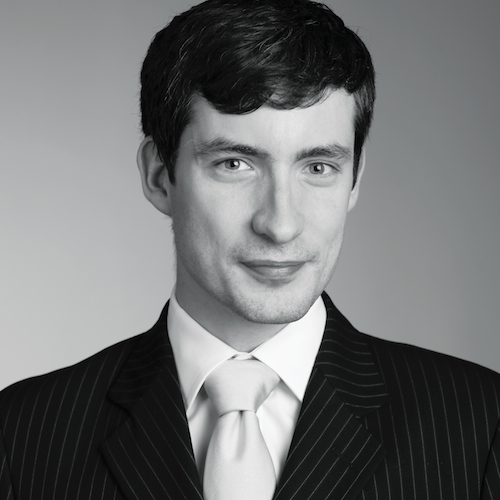