The High Court has granted summary judgment in favour of two banks, in connection with an alleged interest rate hedging products (IRHP) mis-selling claim related to LIBOR manipulation, on the basis that it was issued outside the statutory limitation period: Boyse (International) Ltd v NatWest Markets plc and another [2021] EWHC 1387 (Ch). In doing so, the High Court dismissed the claimant’s appeal against the judgment of the Chief Master, considered in our previous blog post: High Court strikes out two IRHP mis-selling claims on the grounds of abuse of process, limitation and underdeveloped allegations of fraud.

The decision is a reassuring one for financial institutions faced with claims issued close to or after the end of the statutory limitation period. The decision provides helpful guidance on when the limitation period will begin to run under the Limitation Act 1980 (the Act) for the purpose of alleged fraudulent misrepresentation claims. In particular, the decision illustrates: (i) the difficulties that may be faced by claimants seeking to rely on the deliberate concealment extension to postpone the limitation period under s.32(1)(a) of the Act; and (ii) the court’s increasing willingness to deal robustly with attempts to extend the limitation period on a summary basis where, traditionally, such cases have been less amenable to strike out or summary determination (see our previous blog posts on limitation issues here).

In the present case, the High Court was satisfied that a reasonably diligent person in the position of the claimant would have been alert to the widely available material about LIBOR at the relevant time and should have been on the lookout for publications such as the Financial Service Authority’s (FSA) (as it was then) Final Notice on LIBOR manipulation in 2013. In the High Court’s view, the Final Notice would have completed the picture required for the claimant to plead a case of fraudulent misrepresentation. Given that more than six years had passed between publication of the Final Notice and the claim being issued in these proceedings, the High Court dismissed the appeal and granted summary judgment in favour of the banks, on the basis that the claim was time-barred.

The claimant trust company entered into two LIBOR-referenced IRHPs in August 2007 and November 2008 with the defendant banks (the Banks). In 2012, following the then FSA’s announcement that it had identified serious failings in the sale of IRHPs to small and medium-sized businesses by a number of financial institutions, the Banks set up a past business review (PBR) compensation scheme. The claimant was offered a redress payment under the PBR scheme, which it accepted (without prejudice to its right to proceed with a claim for consequential loss). In 2015, the Banks rejected the claimant’s claim for consequential loss under the PBR scheme.

The Banks applied to the High Court for strike out and/or reverse summary judgment.

Decision of the Chief Master

The Chief Master’s reasoning is summarised in our previous banking litigation blog post.

The Chief Master granted summary judgment in favour of the Banks, finding that the LIBOR Claim was time-barred and that deceit in relation to the IRHP Misrepresentation Claim was not adequately pleaded (refusing the claimant permission to amend).

The claimant appealed against the Chief Master’s decision on the LIBOR Claim, submitting that he was wrong to conclude that it was sufficiently clear that such a claim was barred by the provisions of sections 2 and 32(1) of the Act. The claimant’s case was that the LIBOR Claim was not time-barred on the basis that:

The claimant did not appeal the strike out of the IRHP Misrepresentation Claim.

The High Court found in favour of the Banks, upholding the Chief Master’s decision to grant summary judgment, for the reasons explained below.

The High Court in its review of the existing law highlighted the following key principles:

The High Court held that the Chief Master was right to reach the conclusion he did on the LIBOR Claim. A reasonably diligent person in the claimant’s position would have discovered the alleged fraud before 19 February 2013 (six years before the claim form was issued), and there was no real prospect of the contrary being successfully argued at trial.

The High Court commented that the Chief Master described the Final Notice as a “trigger” in the sense of this being the point in time from which the limitation period began to run, because the necessary facts to plead a case were available to the claimant from the time of publication of the Final Notice. It followed that further time for investigation was not required. Accordingly, the Chief Master was entitled to conclude that the evidence contained in the Final Notice in relation to LIBOR manipulation would have completed the picture required for the claimant to plead a case of fraudulent misrepresentation.

In the view of the High Court, the Chief Master was entitled to reach the view that a reasonably diligent person in the circumstances of this case would have been alert to the widely available material about LIBOR prior to February 2013 and should have been on the lookout for publications such as the Final Notice. In particular, the High Court referenced the claimant’s pleaded reliance on the Banks’ representations as to LIBOR, the losses the claimant allegedly sustained as a result of the IRHPs, and the widespread publicity about LIBOR as an outdated/discredited benchmark and its alleged manipulation.

The High Court therefore dismissed the claimant’s appeal on the LIBOR Claim, disposing of the proceedings in their entirety. 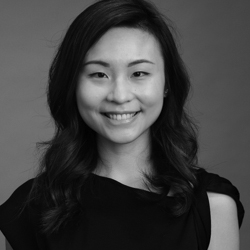