With three months to go before the end of LIBOR as we know it (save for certain USD tenors), regulators around the globe continue to emphasise the importance of active transition away from the benchmark. In the UK, the FCA is simultaneously affirming this message while clarifying the scope of the UK legislative solution for legacy LIBOR contracts that fail to transition by 31 December 2021. The result has been a flurry of new notices, consultations and guidance published by the FCA over the past month.

The key developments during this period, and their impact on transition risk, are summarised below.

1. Update on the UK legislative framework

By way of reminder, the UK legislative solution operates via amendments to the retained EU law version of the Benchmarks Regulation (EU) 2016/1011 (UK BMR), which have been introduced by the Financial Services Act 2021 (FSA 2021) (see our blog post). The FSA 2021 amends the BMR to enable the FCA to designate a benchmark (such as LIBOR) that is unrepresentative or is at risk of becoming unrepresentative under Article 23A, with the result that its use (as defined in the BMR) is prohibited by virtue of Article 23B, except where legacy use is permitted by the FCA under Article 23C. The Article 23A benchmark may be published under a changed methodology using powers under Article 23D, so-called “synthetic” LIBOR.

The FSA 2021 is complemented by the Critical Benchmarks (References and Administrators’ Liability) Bill (see our blog post), which aims to reduce the potential risk of contractual uncertainty arising from the introduction of synthetic LIBOR, by clarifying the way in which a reference to LIBOR should be interpreted in a contract after the exercise of the FCA’s powers to change the methodology for calculating LIBOR. Following the introduction of the Critical Benchmarks Bill to Parliament, the Committee Stage passed through the House of Lords last week with no amendments tabled, and there was a third reading on Tuesday 2 November. The Bill will now pass to the House of Commons for its first reading and it is hoped that that it will receive receive Royal Assent before the end of the year.

On 29 September, the FCA issued a notice designating 1-month, 3-month and 6-month sterling LIBOR and all yen LIBOR tenors (the 6 LIBOR Versions), as “Article 23A” benchmarks. The designation will take effect on 1 January 2022.

The notice provides a summary of the FCA’s reasons for the designation, explaining that the panel bank contributors to the 6 LIBOR Versions will no longer make submissions to IBA after 31 December 2021, and consequently these 6 LIBOR Versions cannot continue to be published on a representative basis after the contributors’ departure. The FCA has concluded that none of the 6 LIBOR Versions could be ceased in an orderly fashion at end-2021 due to significant legacy exposures, and so there is adequate justification to designate these settings under Article 23A, in order to access powers to permit legacy use and change the methodology to a synthetic one under Article 23D.

In practical terms, this means that BMR supervised entities will be prohibited from using the 6 LIBOR Versions from 1 January 2022 under the automatic prohibition on use in Article 23B. However, these entities will be able to continue to use the benchmark under the synthetic methodology, where the FCA makes exemptions under Article 23C. In this way, the FCA’s notice of designation is linked intrinsically to the update below, which confirms the FCA’s proposed decision on the scope of the Article 23C exemption.

It is worth noting that once LIBOR has been designated as an Article 23A benchmark by the FCA, all UK law governed contracts (whether or not in scope of UK BMR) will treat references to LIBOR as references to synthetic LIBOR under the Critical Benchmarks Bill, i.e. the ability to access the synthetic benchmark is not limited to financial contracts of BMR supervised entities or a defined class of exempted contracts for non-supervised entities and in respect of non-financial contracts.

The FCA published this consultation to seek views on how to use its Article 23C powers under the UK BMR, confirming its proposal to permit legacy use of the 6 LIBOR Versions in all in scope BMR contracts except cleared derivatives (whether directly or indirectly cleared). It also consulted on the use of its Article 21A power to prohibit new use of overnight, 1 month, 3 month, 6 month and 12 month USD LIBOR.

This provides a very wide “tough legacy” definition. It would be an understatement to say that this announcement took many market participants by surprise. The breadth of the “tough legacy” definition is critical to understanding which legacy LIBOR contracts will be converted to synthetic LIBOR, and the market has been awaiting clarity on this question since the UK Government first announced its intention to introduce a legislative solution in June 2020 (see our blog post). It was widely assumed that “tough legacy” contracts would be defined using some specific parameters (e.g. date of formation of the contract, financial product, nature of counterparties etc.), and would not be so wide as to capture all unamended legacy LIBOR contracts.

However, the only limitations on the definition appear to be the relevant legacy LIBOR setting (i.e. whether a synthetic version will be published), and the exclusion of cleared derivatives. Accordingly, the market has been offered broad comfort that a cliff-edge scenario will be avoided for legacy contracts referencing the 6 LIBOR Versions. The breadth of the exemption is presumably one of the factors driving the late clarification of the FCA’s Article 23C powers, in order to ensure that market participants did not take their foot off the pedal of LIBOR transition.

4. LIBOR and the FCA’s new powers under the UK Benchmarks Regulation: questions and answers

The FCA has also published questions and answers for firms related to the use of its powers under UK BMR. In this blog post, we are highlighting two important points arising from the Q&As, which firms should be aware of:

(i) Synthetic LIBOR is a “bridging” solution only

One of the key messages permeating the Q&As is the fact that availability of synthetic LIBOR rates will be subject to annual review, and that ongoing availability cannot be assured beyond 2022. The FCA is unequivocal that the legislative fix is a “bridging” solution for tough legacy contracts that have not been able to convert by year-end and that synthetic LIBOR is not a permanent solution.

From a risk perspective, this highlights the fact that many tough legacy LIBOR contracts may still face a cliff-edge scenario at a later date, if active amendment during the “bridging” period proves to be impossible.

On a more positive note, this message from the regulator is useful from a conduct perspective, as it recognises that firms should continue to amend their contracts wherever practicable to remove reliance on LIBOR, regardless of the FCA’s decision to require publication of certain synthetic LIBOR settings. What would be more helpful still, is some guidance from the FCA as to how the availability of synthetic LIBOR should be communicated to customers who are considering active transition.

(ii) Use of synthetic LIBOR outside the UK’s statutory framework

Outside of the strict parameters of the UK statutory framework, there is an important question mark as to whether synthetic LIBOR can be imported for use in a contract as a matter of contractual construction. For example, in contracts that are not governed by UK law; or contracts out of scope of UK BMR (although since the Critical Benchmarks Bill applies to a broader scope of contracts than those within the BMR, references to LIBOR in non-BMR contracts should be read as synthetic LIBOR provided the contract is governed by the laws of England and Wales, Scotland or Northern Ireland).

The Q&As confirm the FCA’s expectation that the change of methodology imposed through LIBOR’s administrator should “flow through” to global users of existing LIBOR contracts continuing to reference the rate. The FCA has not expressed a view on the legal basis for adopting synthetic LIBOR in contracts that are not within scope of UK BMR (and so will not be affected by the FCA’s “legacy use” decision) or UK law (and so will not be caught by the wider provisions of the Critical Benchmarks Bill).

The Q&As simply state that firms will need to take legal advice about how synthetic LIBOR will interact with their contract provisions. This is likely to turn on how LIBOR is described within each individual contract, and may present problems for firms with large portfolios of legacy contracts where references to LIBOR are not uniform.

The FCA also states that this “flowing through” of synthetic LIBOR to global users of existing LIBOR contracts is subject to the legislative frameworks of other jurisdictions dealing with legacy contracts, and that the EU/US/UK authorities all agree that contractual governing law clauses should prevail. Note that this expectation appears expressly in the EU legislative framework (see our blog post), but not in the amendments to UK BMR.

While the recent FCA announcements help to provide some further clarity on the scope of the UK’s LIBOR legislative framework, a number of key questions remain unanswered.

The next major development is likely to be publication by the FCA of its decisions in respect of Articles 23C and 21A UK BMR, following the closure of the consultation period. Unfortunately, this is unlikely to provide the certainty the market is looking for on the outstanding issues outlined above, and may be a source of frustration for many at this late stage in the LIBOR end-game. 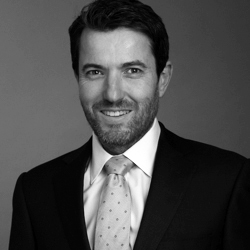