The High Court has dismissed a claim by the assignee of an investment fund against a financial advisory firm (and associated parties) for losses arising out of alleged fraudulent misrepresentations made in relation to the financial position and prospects of a business which had induced the investment fund to subscribe for £11 million in loan notes in 2011 and to later make a follow-on investment of £4.25 million: European Real Estate Debt Fund v Treon [2021] EWHC 2866 (Ch).

The decision will be of interest to financial institutions faced with fraudulent misrepresentation claims in relation to certain investments which: (i) have been brought more than 6 years after the date of the disputed investment; and (ii) seek to postpone the start of the statutory limitation period. It highlights the difficulties for claimants in pursuing fraudulent misrepresentation claims where they do not satisfy the requirements of section 32(1) Limitation Act 1980 (LA 1980), especially where it is clear that the claimant discovered the fraud or could with reasonable diligence have discovered it before the expiry of the statutory limitation period.

In the present case, the court found that the claim was statute-barred. The court highlighted that although it is well known that fraudsters cannot avoid liability for fraud by pleading that their victim failed to take reasonable care to detect the fraud, this did not necessarily mean that claims based on fraud brought outside the primary limitation period were entitled to invoke the special statutory postponement of the limitation period. If a claimant could reasonably have discovered the fraud by virtue of events and circumstances occurring before it actually suffered a loss, there was no principled rationale for allowing it the indulgence of more than the normal six years’ period to bring its claim. The court said that a reasonably diligent investor, such as one in the position of the investment fund’s adviser, in reviewing the financial information provided to it before the investment was made, would have been put sufficiently on inquiry to ask some basic questions and demand further information. The court also noted that if the investment fund’s advisers had asked the further questions it would have discovered sufficient facts to enable the investment fund to plead a statement of claim within the primary limitation period of six years.

In 2011, an investment fund (the Fund) made a principal investment of £11 million in a care homes business. The Fund’s advisers then discovered in early March 2012 that the financial information about the business and its prospects that had been provided as part of the discussions leading up to the investment was false and misleading. In July 2012, in order to mitigate its losses, the Fund made a follow-on investment of £4.25 million in the business. The business went into administration in 2014 and the Fund lost the entire value of its investment.

Subsequently, the assignee of the Fund (the claimant) brought a damages claim against the founder of the business, a financial advisory firm, and a director of the financial advisory firm (together, the defendants). The claimant alleged that the defendants had fraudulently misrepresented the financial position of business and had induced the Fund to subscribe for £11 million in loan notes in June 2011. The claimant’s case was that the Fund and its advisers had relied on certain trading numbers and projections as accurate and current, and that defendants conspired to mislead the Fund. In addition, the claimant also alleged that the business’ founder was responsible for various representations made by the issuer of the notes in a loan note agreement of June 2011. The claimant also relied on section 32(1) LA 1980 in seeking to postpone the start of the limitation period for its claim.

The defendants denied all liability and in addition said that the action was statute-barred given that it had been commenced more than six years after the date of the principal investment.

The High Court found in favour of the defendant and dismissed the claim for the reasons explained below.

In its consideration as to whether the claim was statute barred the court noted that section 32(1) LA 1980 had been considered in a number of cases which were reviewed in OT Computers Limited v Infineon Technologies AF [2021] EWCA Civ 501 and highlighted the following key principles:

Application of the limitation principles to the present case

The court held that the claim was statute-barred as the claimant had failed to satisfy the requirements of section 32(1) LA 1980 to postpone the start of the limitation period.

In its analysis, the court commented that in approaching the exercise under section 32(1) LA 1980, it had to be careful to avoid the dangers of hindsight and to examine events as they would have appeared at the time and in their proper context and sequence. The court also noted that a reasonable investor in the Fund’s adviser’s position could reasonably be expected to approach potential investments with a careful eye and appropriate degree of professional care, i.e. it could be expected to undertake professional due diligence.

The court then examined the financial information that had been provided to the Fund’s adviser (whose knowledge was considered to be the same as the Fund) by the business, keeping in mind the two stage test in OT Computers.

Accordingly, the court dismissed the claim. 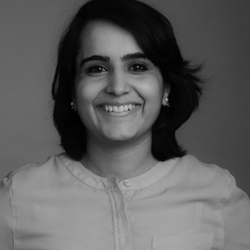