The High Court has refused an application to strike out or summarily dismiss a claim for fraudulent misrepresentation, finding that conscious awareness of the alleged implied misrepresentation was not necessary for the claim to have a real prospect of success at trial: Crossley & Ors v Volkswagen Aktiengesellschaft & Ors [2021] EWHC 3444 (QB).

The decision will be of interest to financial institutions in light of the recent line of authorities which have held that conscious awareness is a necessary part of a claimant’s case, in the context of claims brought against banks for alleged implied misrepresentations in respect of LIBOR setting, most recently Leeds City Council and others v Barclays Bank plc and another [2021] EWHC 363 (Comm) (see our blog post here).

In Crossley, which is the group litigation against Volkswagen (VW) arising from the well-known “Dieselgate” emissions scandal, the judge found that there was a real prospect that the claimants could succeed even if they were not consciously aware of the alleged misrepresentation but merely assumed the content of the representation from VW’s conduct, or would not have entered into the relevant contracts had they known the truth (referred to as the Counterfactual of Truth or “CFOT“).

While this suggests a potentially less restrictive approach to that taken in Leeds and earlier authorities on LIBOR setting, the judge made clear that this was a very different case, and in particular that the implied representations alleged in Crossley were significantly more straightforward than those in Leeds. In light of that, it may be that there is limited crossover from the judgment in Crossley to claims relating to LIBOR setting.

The claims arise against from the “defeat device” which it fitted to the engines of approximately 1.2 million cars in the UK. The defeat device enabled the engine to emit Nitrogen Oxide and Dioxide at levels which complied with emissions regulations during emissions testing, although exceeded those limits when run normally.

Approximately 86,000 owners of VW cars (and other brands which are part of the VW group) have brought proceedings under a Group Litigation Order, which include a claim in fraudulent misrepresentation. The claimants allege that in selling vehicles fitted with a defeat device, VW impliedly represented that the vehicles complied with all statutory and regulatory requirements and met the relevant emissions limits.

VW sought to strike out the fraudulent misrepresentation claim on the basis that the claimants needed to demonstrate conscious awareness of the relevant representation in order to prove reliance on it, which is an element of the cause of action. VW said that conscious awareness had either not been properly pleaded or alternatively had no real prospect of success, as it was inherently unlikely and implausible that the claimants would have actually turned their mind to the alleged representation at the time of purchase.

In the course of the hearing, the claimants’ solicitors obtained witness evidence from a number of the claimants which made clear that at least some of them at the time had formed a mere assumption as to the relevant representation (that their car was lawful to drive and complied with emissions regulations) rather than being consciously aware of it. The question for the judge to decide was therefore whether, as VW contended, conscious awareness was required to sustain a claim in fraudulent misrepresentation as a matter of law.

The judge reviewed the authorities on implied representations, in particular the decision in Leeds. In Leeds, the judge had put significant weight on Property Alliance Group (PAG) v RBS [2016] EWHC 3342 (see our blog post on the Court of Appeal decision) and Marme Inversiones v NatWest Markets plc [2019] EWHC 366 (Comm) (see our blog post here),  two earlier cases which had considered very similar alleged implied representations to the effect that LIBOR was set honestly and properly. In both those cases, the court considered (albeit obiter) that in order to prove reliance the claimant was required to show they had given contemporaneous conscious thought to the implied representation.

The judge in Crossley found that the case before him was very different from Leeds, PAG and Marme. In Leeds, the judge had commented that she should be “cautious about expressing a principle which works well in the complex cases but which is unrealistic in more pedestrian situations” which led the judge in Crossley to conclude that a single test for what amounts to the necessary awareness may not be possible, and that he considered that VW’s conduct and the representations to be implied from it were both relatively simple, whereas in the LIBOR cases the representations were found to be extremely complex and intricate, and to have arisen from what was described in Leeds as, “a web of dealings…against the background of a web of prior communications written and oral” between the claimants and the bank. The judge also considered earlier authorities, in a non-banking context, which gave some support for the proposition that a relevant assumption or CFOT could be sufficient for a claimant to establish that they relied on an implied representation, in particular Gordon v Selico (1986) 18 HLR 219 in which the Court of Appeal had upheld a case in which there had been reliance on a CFOT (in relation to the non-existence of dry rot), which was hard to reconcile with Leeds.

The judge also found that there were other compelling reasons why the fraudulent misrepresentation claim should be determined at trial rather than on a summary basis. First, summary judgment on the fraudulent misrepresentation claim would not have disposed of the whole case; there would still need to be a substantial trial to resolve the other claims. Second, VW’s conduct in relation to the defeat device and its alleged dishonesty would still be relevant at trial (even absent the fraudulent misrepresentation claim), meaning that there was likely to be evidence at trial concerning the same or similar factual matters as those traversed in the application. Finally, the law in this area could not (in the judge’s view) be said to be complete or fully developed, so that it was desirable to avoid determining the point of law in issue ahead of trial and in the absence of all relevant findings of fact. 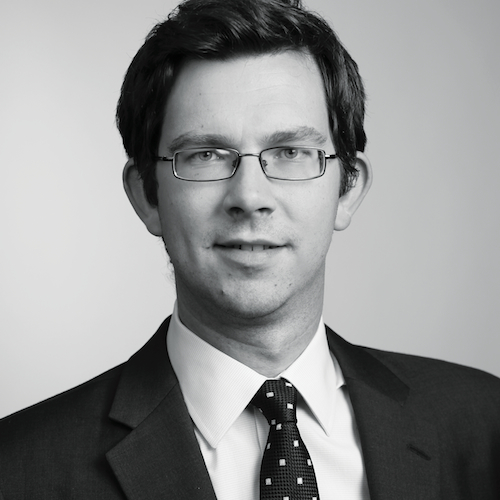