The High Court has allowed an application for directions made by the administrators of an investment bank concerning the construction and effect of various standard form events of default provisions which were included in the 1992 and 2002 versions of the ISDA Master Agreements (multi-currency cross border versions) in relation to certain swaps entered into between the bank and a group of companies: Grant & Ors v FR Acquisitions Corporation (Europe) Ltd & Anor (Re Lehman Brothers International (Europe)) [2022] EWHC 2532 (Ch).

This decision will be of interest to financial institutions trading in derivatives based on standard form ISDA documentation. It appears to be the first case where the court has been involved in a contextual interpretation as to whether there was a continuing event of default under section 2(a)(iii) of the 1992 and 2002 ISDA Master Agreements. The decision is likely to be reassuring for financial institutions as it highlights the court’s willingness to uphold contractual obligations to make payments due under swap agreements where there is no longer any continuing event of default which suspends such contractual obligations, such as the termination of an administration.

In the present case, the court was satisfied that under section 2(a)(iii) the test to be adopted is whether the identified event or state of affairs which constituted the event of default is continuing, rather than whether creditors’ rights have been significantly and permanently altered or continue to be affected. In the court’s view, none of the events of defaults or alleged events of defaults relied on by the group companies were such that it had a substantive adverse effect on them or their rights in relation to the swaps. Further, their credit risk was not increased or adversely affected by any of them, nor would it be.

In 2007, the claimant group companies entered into two interest rate swap transactions (the Swaps) with an investment bank (the Bank). These Swaps were governed respectively by the 1992 and 2002 ISDA Master Agreements.

In 2008, the Bank entered into administration. The claimants opted against the early termination of the Swaps. The claimants instead relied on section 2(a)(iii) of the ISDA Master Agreements to suspend their payment obligations under the Swaps to the Bank. Section 2(a)(iii) provided that any payment obligations arising under the Swaps were subject to the condition precedent that: “no Event of Default or Potential Event of Default with respect to the other party has occurred and is continuing”. There was no dispute that the making of the administration order triggered that suspensory condition.

In 2020, the administrators applied to the High Court for directions concerning the construction and effect of various standard form events of default provisions which were included in the 1992 and 2002 versions of the ISDA Master Agreements (multi-currency cross border versions) in relation to the Swaps. The administrators contended that no event of default or potential event of default would be continuing once their appointment terminated and the Bank was placed under the control of its directors. Therefore the suspensory condition provided for by section 2(a)(iii) of the ISDA Master Agreements would fall away and the claimants would become liable to make payment to the Bank of certain sums due under the Swaps.

The High Court found in favour of the administrators and allowed the application.

The High Court held that if and when all the relevant steps had been taken, no event of default would be continuing under section 2(a)(iii) of the ISDA Master Agreements and the claimants would have a contractual obligation to pay the sums owing to the Bank under the Swaps.

The key issues which may be of broader interest to financial institutions are examined below.

The court noted that, as per Lehman Brothers Finance SA v SAL Oppenheim JR & CIE. KGAA [2014] EWHC 2627, the ISDA Master Agreement is intended to be normative, and to apply in as many situations and with as much straightforward application as possible.

The court said this affected its approach to interpretation. Rather than, as per Wood v Capita Insurance Services Ltd [2017] UKSC 24, ascertaining the objective meaning of the language which the parties have chosen to express their agreement and following the iterative process which each suggested interpretation was checked against the provisions of the contract and its commercial consequences investigated, the court underlined that in the context of a standard form developed by reference to, and to meet the needs of disparate users in a great variety of circumstances, the process must be, in seeking to achieve that objective, ascribe even more than usual deference to the words used, and take as the context not the specific position as between the parties, but its anticipated use by such a variety of intended users in such a variety of circumstances.

The court highlighted that, as per Pioneer Freight Futures Co Ltd v TMT Asia Ltd [2011] EWHC 778 (Comm) and Lomas v Firth Rixson Inc [2012] 1 CLC 713, the commercial function or purpose of the condition precedent to payment as set out in Section 2(a)(iii) is to mitigate counterparty credit risk during the currency of what may be numerous swap transactions under the umbrella of the 1992 ISDA Master Agreement and while they remain open. It ensures that a non-defaulting party does not have to pay a defaulting party, who may be of doubtful solvency, in circumstances where, under ongoing open swap transactions, a defaulting party may subsequently owe sums to the non-defaulting party. In other words, it prevents any increase in credit risk that might occur if actual payments were made. Its effect is to substitute an accounting procedure whereby debits and credits build up or accrue in an account between the parties, but suspending the obligation of the non-defaulting party to pay any amounts which it may for the time being owe.

The court noted that the circumstances in which events of default are continuing, or should be treated as continuing, were not expressly defined or addressed by the ISDA Master Agreements.

The court then highlighted that an admission in writing of a party’s inability generally to pay its debts as they become due is not in the nature of a one-off event: the notice speaks to a continuing ability in that regard unless and until it is corrected. However, the court said that the administrator’s reports and surrounding publicity in the case of the Bank’s administrations, have almost certainly been sufficient to ensure that no creditor would any longer have any regard to the original notice. In the court’s view, the administrators would be justified in publishing or causing the Bank to publish a notice to the effect that the Bank had a surplus of assets over liabilities and now is able to pay its debts as they fall due.

In the court’s view, none of the events of defaults or alleged events of defaults relied on by the claimants were such that it had a substantive adverse effect on them or their rights in relation to the Swaps. Further, their credit risk was not increased or adversely affected by any of them, nor would it be. The claimants were not exposed to any risk of the Bank failing to perform its obligations: the Bank had no such obligations to the claimants.

Accordingly, for all the reasons above, the court found in favour of the administrators and allowed the application. 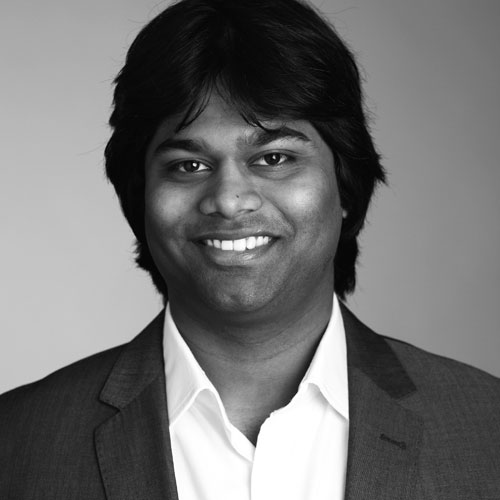