In the context of a trade finance dispute, the High Court has considered the contractual interpretation of an irrevocable letter of credit incorporating the commonly used code in the Uniform Customs and Practice for Documentary Credits 600 (UCP 600), published by the International Chamber of Commerce (ICC).  In particular, the court held that the issuer’s interpretation of the letter of credit would, in practice, render the instrument revocable, which was inconsistent with the UCP and therefore not the proper construction. Finding that there was no real or substantial dispute that the issuer of the credit was liable, the court held that a winding up petition presented by the beneficiary succeeded against the issuer: Heytex Bramsche GmbH v Unity Trade Capital Ltd [2022] EWHC 2488 (Ch).

One of the key issues considered in this case was whether or not the documents presented as part of the demand were compliant with the terms of the letter of credit, which required the documents to be signed by “all sides of [the letter of credit]”. The court roundly rejected the issuer’s contention that its own signature was required, emphasising the need to consider letters of credit as a whole and – as far as possible – to read the contractual terms consistently with the UCP. In the court’s view, the issuer’s construction would have resulted in the letter of credit becoming revocable, because the issuer could have chosen simply to withhold its signature from the demand. This would have created a fundamental internal inconsistency in the terms of the letter of credit and a very significant departure from the UCP 600.

The court also rejected the issuer’s proposition that the letter of credit incorporated its own “credit norms”, modifying and prevailing over the UCP 600. Assuming the issuer’s interpretation of the effect of those credit norms was correct, incorporation would have resulted in a dramatic departure from the scheme of the UCP 600 and from the commercial essence of a letter of credit. The court said that to have successfully incorporated these provisions into the credit would have required very clear notice, the equivalent of Denning LJ’s “red hand” in J Spurling Ltd v Bradshaw [1956] 1 WLR 461 (CA) 466. Alternatively, even if the credit norms were incorporated, they did not have the effect argued for by the issuer, which undermined a number of characteristics fundamental to the function of credits.

The present decision continues the trend of decisions considering the UCP 600 in which the courts have consistently favoured an international focus on the question of interpretation. We considered recently the interpretation of ICC standardised rules in trade finance disputes across a number of commonly used codes, including UCP 600, in this article published in Butterworths Journal of International Banking and Financial Law: Interpreting ICC standardised rules in trade finance disputes: courts take an international perspective.

In June 2020, Heytex Bramsche GMBH (Heytex, a German company) entered into a contract to sell fabric to Jibran Technical Services LLC (Jibran, a company in the UAE). In order to facilitate this purchase, UTC Trade Capital Limited (UTC, an English trade finance company), issued an expressly irrevocable letter of credit (LC) in the sum of around €200,000 in favour of Heytex, as beneficiary. The LC incorporated the standard terms contained in the UCP 600.

Following agreed payment deferrals between Heytex and Jibran, Heytex presented various documents to UTC seeking payment from UTC as the issuer (as per the terms of the LC). These documents were sent to UTC by Heytex’s own bank, Sparkasse Osnabruck (Sparkasse), via SWIFT message. However, nothing was paid to Heytex, whether by UTC or Jibran, and Heytex was left without payment, or documents, or goods.

On 25 November 2021, Heytex petitioned to wind up UTC on the basis of a statutory demand claiming payment under the LC, alleging that UTC was insolvent within the meaning of ss. 122(1)(f) and 123 of the Insolvency Act 1986, as it had failed to make payment pursuant to the irrevocable LC.

UTC disputed its liability under the LC, and opposed the petition on the following bases:

The judgment relates to the final hearing of the winding up petition.

The court held that there was no real or substantial dispute in respect of the debt upon which the petition was based and the petition succeeded accordingly. We consider the key issues arising from the judgment in respect of letters of credit, which are likely to be of broader interest to financial institutions.

Construction of letters of credit

The court emphasised that the idea of a letter of credit is straightforward: an issuer commits itself to a financial undertaking that it will fulfil against presentation of stipulated documents. Letters of credit afford the buyer the protection of payment against documents and provide the seller with protection against buyer default by substituting a bank as the party to which the seller looks for payment, regardless of any dispute which the buyer might raise in respect of the underlying sale contract.

The court also noted that, in addition to these inherent features, letters of credit are useful because they benefit from a “remarkable degree of international standardisation”, because of the worldwide adoption of the UCP. It was noted that a court will hesitate before concluding that the parties to a letter of credit genuinely intended to depart from such an internationally accepted regime, and it is likely to require the clearest wording to evidence that intention. The court considered Fortis Bank SA/NV v Indian Overseas Bank [2011] EWCA Civ 58, where Thomas LJ said that “a court must recognise the international nature of the UCP and approach its construction in that spirit”. The court also considered a similar point made in Taurus Petroleum Ltd v State Oil Marketing Co of the Ministry of Oil, Iraq [2017] UKSC 64.

Were the documents presented to the issuer compliant with the terms of the LC?

The court held that the documents presented by Heytex (via Sparkasse) to UTC, seeking payment under the LC, were compliant with the terms of the LC.

The court noted that when approaching the issues of construction of the LC “… the instrument must be construed as a whole” and “must as far as possible be read consistently with the UCP”. In the court’s view, the expression “all sides of LC” meant Heytex and Jibran only (excluding Sparkasse and UTC), for the following reasons:

Given the above, the court found that Heytex’s presentation of the documents to request payment was compliant and crystallised UTC’s liability to Heytex under Articles 7 and 15 of the UCP 600. UTC was not entitled to give notice of rejection under Article 16, and owed the debt stated in the petition.

Assuming the Credit Norms were incorporated into the LC, what was the effect?

Turning to UTC’s argument that its Credit Norms were incorporated into the LC and relieved UTC of liability to Heytex, the court first considered the effect of the relevant clauses of the Credit Norms, on the assumption that they were indeed incorporated.

The court commented that the clauses of the Credit Norms relied upon, if given the meaning attributed by UTC, would be unusual in the context of a letter of credit and would entail a dramatic departure from the scheme of the UCP 600, and from the commercial essence of a letter of credit, in a number of key respects. In particular:

The court proceeded to construe the relevant clauses of the Credit Norms, finding that they should not be construed as having the effect contended by UTC.

Were the Credit Norms in fact incorporated?

The court held that UTC’s Credit Norms were not incorporated into the LC and did not prevail over the terms of the UCP 600. Accordingly, even if the court’s contractual interpretation of the Credit Norms was incorrect (and the clauses should be understood as UTC submitted) the petition nonetheless succeeded.

There was no real dispute about the general test governing the incorporation of terms into a contract by reference, which is that “all that was reasonably necessary as a matter of ordinary practice should have been done to bring to [the party’s] notice” the terms: Thompson v London Midland & Scottish Railway Co [1930] 1 KB 41 (CA) 52 (per Lawrence LJ). The question of what satisfies that notice requirement turns on three factors:

In its reasoning as to why the Credit Norms were not incorporated into the LC, the court said their incorporation would entail a dramatic departure from the scheme of the UCP 600 and from the commercial essence of a letter of credit. In consequence, to have incorporated these provisions into the credit would have required very clear notice, the equivalent of Denning LJ’s “red hand”.

However, the terms and degree of notice relied upon by UTC were nowhere near enough.

Accordingly, the court concluded that there was no real or substantial dispute in respect of the debt upon which the petition was based and the petition succeeded accordingly. 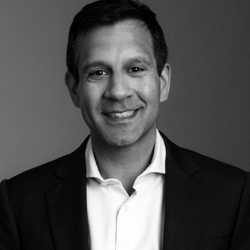 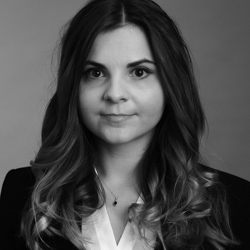