A cross-party group of MPs have given notice of their proposed application for a judicial review challenge concerning the lawfulness and constitutionality of Ministers advising the Queen to prorogue Parliament before the day that the UK is scheduled to leave the EU (“Exit Day“).

Prorogation signals the end of a parliamentary session and brings most parliamentary business to a close. The Queen formally has the power to decide whether and when to prorogue Parliament. In practice, she is advised on this by Ministers who usually make the decision for reasons of practical business management and divide Parliament into annual sessions.

It has now been suggested that Ministers might advise the Queen to prorogue Parliament before Exit Day. In practical terms, this would mean that Parliament could not attempt to stop the UK from leaving the European Union without a deal.

The MPs have submitted a pre-application letter to the Advocate General for Scotland. They are seeking a “declarator” that it is unlawful and unconstitutional for a Minister (including the Prime Minister) to advise the Queen to prorogue Parliament in order to prevent further parliamentary consideration of the UK’s withdrawal from the EU ahead of Exit Day.

The two proposed grounds of challenge are:

The petitioners named in the judicial review pre-application letter are Jo Swinson MP (leader of the Liberal Democrats), Joanna Cherry MP (member of the Scottish National Party) and Jolyon Maugham QC of the Good Law Project. It is expected that more MPs and members of the House of Lords will join in any subsequent judicial review application. The proposed respondents are the Prime Minister and the Advocate General for Scotland.

The pre-application letter requests a response by 4pm on 29 July 2019. Any subsequent challenge will be brought before the Scottish Court of Session, which sits through August, with the hope that a decision will be made before Parliament returns from its summer recess on 3 September 2019. 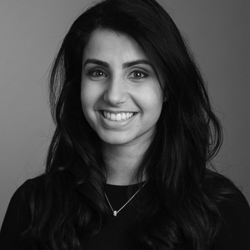