“I can tell you that in 2020 Tokyo, self-driving cars will be running around, and you will be able to use them to move around” – Prime Minister Shizo Abe, October 2017.

There is no doubt that Japan is focussed on utilising its role as host city for the Olympics in 2020 to showcase its technological prowess in the field of driverless cars.  However, while both the Government and a number of Japanese auto manufacturers have set themselves ambitious goals, there are a number of legal and regulatory issues that need to be resolved in order for these goals to be realised.

At the end of 2018, the National Police Agency announced a draft Bill that would permit the operation of Level 3 automated vehicles on public roads.  In this blog we consider how far these proposed amendments to the Road Traffic Act go in advancing Japan’s autonomous ambitions.

At present, Japan’s Road Traffic Act only permits the operation of Level 1 and Level 2 automated vehicles on public roads.  This is because Japan is a signatory to the 1949 Geneva Convention on Road Traffic, which requires that “every vehicle…shall have a driver” (Article 8(1)) and that “drivers shall at all times be able to control their vehicles” (Article 8(5)).

One of the major challenges with Level 3 automated vehicles is how to ensure the safe transfer of control from machine to driver; often referred to as “handover”.

The draft Bill provides some clarity in this respect by setting out the obligations on the driver of a Level 3 automated system.

It is clear from this that the driver of a Level 3 vehicle remains unable to sleep, consume alcohol or to sit in the back seat.  However, difficult questions could still arise as to whether a driver using their phone or watching a movie was “ready” to take back control.

Under the draft Bill, it will be mandatory for Level 3 vehicles to be fitted with a data recorder – Operating Condition Recorder – to record all information necessary to confirm the operating condition the automated system.  Drivers will also be required to save and store all driving data captured by the recorder.  These provisions are similar to those enacted in Germany in June 2017, which require all automated vehicles to be fitted with a ‘black box’.

Driving data is likely to be critical to the allocation of liability in the event of an accident involving a Level 3 vehicle; providing evidence as to who was in control and how long a driver had to intervene before a collision.

The draft Bill also provides that if a Level 3 vehicle appears to be in ill-service, the police may require the driver to disclose all data on its Operating Condition Recorder, and also require the vehicle manufacturer to provide any necessary device required to interpret the data.

Public consultation on the draft Bill closed on 23 January 2019.  There have been no further updates from the Government, but it is understood that the Bill will be submitted to the Diet this year. 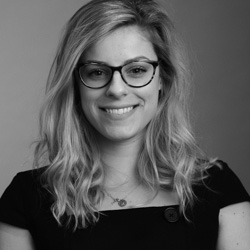