Very often, when seeking to obtain a freezing injunction, the true extent of the defendant’s assets is unclear. Complex and opaque offshore corporate or trust structures may mask the true ownership of assets. A mere connection between a defendant and assets held by third parties will not be sufficient to freeze those assets: the claimant will need to show a good reason to suppose those assets would be available to satisfy any judgment, which can be a difficult threshold to meet. The risk, however, is that by the time the position has been clarified, the assets may have been dissipated.  What can the court do in such situations?

A recent Court of Appeal decision clarifies the court’s jurisdiction to make wide-ranging ancillary disclosure orders in support of freezing injunctions: JSC Mezhdunarodniy Promyshlenniy Bank & Anor v Pugachev [2015] EWCA Civ 139. The appeal concerned a defendant’s interests in several discretionary trusts. The defendant’s interests in the trusts, but not the trust assets themselves, were subject to the freezing order. The Court of Appeal upheld the first instance decision ordering the defendant to provide detailed information about the trusts, including any trust documents within his control. The threshold for obtaining the disclosure order was lower than the threshold required to freeze the trust assets; all that was required was credible material showing that an application might in due course be made to freeze the trust assets.

The judgment provides welcome confirmation of the English court’s powers to enable the effective policing of freezing injunctions. Disclosure orders may enable claimants to clarify the status of assets which appear closely connected to a defendant and, if appropriate, consider taking further steps to safeguard those assets (e.g. by applying to extend the terms of a freezing order, or applying for Chabra relief against third parties, such as trustees). Tom Wood, an associate in our dispute resolution team, considers the decision below.

The claimant liquidators of a Russian bank commenced proceedings against the bank’s founder, P, in Russia and England, alleging that P had carried out a scheme to extract money from the bank.

The liquidators obtained a world-wide freezing order in the English court in support of the Russian proceedings. This contained the standard order for P to provide a schedule of assets. Paragraph 6 included the optional wording from the standard-form freezing order from the Commercial Court Guide preventing P from disposing of, dealing with, or diminishing the value of any of his assets whether he was interested in them “legally, beneficially or otherwise”. Paragraph 7 included non-standard wording, which provided that the prohibition applied in particular to “any interest under any trust or similar entity including any interest which may arise by virtue of the exercise of any power of appointment, discretion or otherwise howsoever” (the “Trust Provision”).

P subsequently served a schedule of assets, indicating that he was one of a class of discretionary beneficiaries of five trusts. At the return date, the respondents obtained an ancillary order requiring P to disclose (i) the identity of the trustees, settlors, protectors and beneficiaries of the trusts; (ii) details of the trust assets (including their value and location), and (iii) copies of the trust deeds which were within his control or which he had a right to inspect or copy (the “Disclosure Order”).

Following an unsuccessful application by the trustees to discharge those paragraphs of the Disclosure Order (see article on page 18 of our Fraud Bulletin), P and the trustees appealed.

The two issues were (i) whether, under the terms of the freezing order as made, the court had the jurisdiction to order disclosure of the details of a trust and its assets from a member of a class of beneficiaries under a discretionary trust; and (ii) if so, in what circumstances that jurisdiction could be exercised.

The Court of Appeal began by referring to the three principles which guide the courts’ approach to freezing orders (see JSC BTA Bank v. Ablyazov [2014] 1 W.L.R. 1414):

In light of those principles, the Court of Appeal held that the Trust Provision was wide enough to catch P’s interests in the discretionary trusts, which were therefore subject to the disclosure requirements under the freezing order. This was supported by the general wording at paragraph 6: the words “or otherwise” must have been intended to catch interests other than P’s strict proprietary rights.

Could P, however, be compelled to disclose anything more than the existence of his interests in the discretionary trusts, as he had done pursuant to the requirements of the freezing order?

The Court of Appeal noted the accepted position in English law as to when assets can be brought within the scope of a freezing order. Consistent with the enforcement principle, the court must be satisfied that there is “good reason to suppose” that the trust assets would be susceptible to enforcement (approving the Cayman case of Algosaibi v. Saad Investments Company (CICA 1 of 2010)). Applied to trusts, this meant the claimant would have to show either that they were shams, or that, in practice, the trustees followed P’s orders (i.e. P had effective control).

P and the trustees argued that – absent evidence to meet the threshold required to freeze the discretionary trust assets – the court did not have jurisdiction to order disclosure in respect of the trusts, or should not exercise that jurisdiction in the circumstances.

The Court of Appeal was satisfied that the jurisdiction to make a freezing order carried with it the power to make whatever ancillary orders were necessary to ensure the freezing order was effective. In particular, CPR 25.1(1)(g) enabled the court to make an order directing a party to provide information about assets “which are or may be the subject of an application for a freezing injunction”.

The case law showed the jurisdiction could be exercised where there was “some credible material” which might result in an application being made to freeze the assets in question (approving Parker v. CS Structured Credit Fund Ltd [2003] EWHC 391 (Ch) and Lichter v Rubin [2008] EWHC 450 (Ch)). The flexibility principle required that the respondents had the opportunity to test their case as to P’s true interests in the discretionary trusts and – if proved correct – apply to extend the freezing order, or obtain Chabra relief against the trustees (see TSB Private Bank International v. Chabra [1992] 1 W.L.R. 231). To the extent the trustees were concerned about disclosure of information which was confidential to the trust, a “confidentiality club” could be used.

This judgment clarifies a number of points regarding the court’s jurisdiction to order ancillary relief in support of freezing injunctions.

The decision emphasises the importance of strict interpretation of freezing orders, even where they catch interests which, at face value, would not be available to satisfy any judgment. The Court of Appeal recognised that its interpretation of the Trust Provision was reached notwithstanding that a true interest under a discretionary trust could not properly be the subject of enforcement. Prospective claimants will therefore want to ensure that, where the true extent of a defendant’s assets is unclear, freezing orders are drafted to be sufficiently wide so as to catch non-proprietary interests (the suggested wording in the Commercial Court Guide freezing order is a useful starting point). Once a defendant has disclosed any such interests through an affidavit of assets, further disclosure orders can be sought to clarify the situation.

Most importantly, the decision confirms that the threshold for obtaining ancillary disclosure orders in respect of certain assets is lower than the threshold required to freeze those assets. Otherwise CPR 25.1(1)(g) would be redundant; the very purpose of the jurisdiction is to enable claimants to obtain information with a view to preserving assets. This mattered in P’s case because, in upholding the Disclosure Order at first instance, the High Court had been satisfied there were “good grounds” for supposing that P was able to control the discretionary trusts. The appeal judgment confirms that it was unnecessary to meet such a high hurdle: credible material, pointing to the need for a fuller explanation, would have sufficed (although it will still be necessary to show that it is just and convenient to make the order, and that it does not amount to a fishing expedition by the claimant).

Overall, the decision provides a useful reminder of the court’s wide ancillary powers to ensure freezing orders are effective. Besides obtaining written disclosure, this power may extend to an order for cross-examination of the defendant on his affidavit of assets, or mandatory orders requiring a defendant to exercise certain powers (e.g. to revoke a trust). The Court of Appeal noted it had seen no authority to suggest that this power to order ancillary relief was in any way limited. Such orders were essential to ensure the court retains its power to thwart “sophisticated and wily operators” who aim to render themselves judgment-proof. 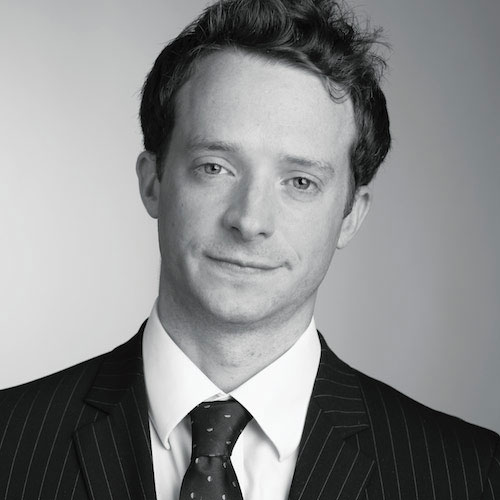