The High Court has held that statements made in a “without prejudice” (WP) mediation paper were admissible as they were to be used to rebut allegations of fraud, by showing that the claimants had known about, and approved, the transactions said to constitute the alleged fraud: Berkeley Square Holdings v Lancer Property Asset Management Ltd [2020] EWHC 1015 (Ch).

The defendants relied on an established exception to the WP rule, which provides that evidence of WP negotiations is admissible to show that an agreement apparently concluded between the parties during the negotiations should be set aside on the ground of misrepresentation, fraud or undue influence.

The court held that it would be “contrary to principle” if parties could rely on this exception to admit WP material into evidence to prove misrepresentation, fraud or undue influence, but could not admit such material to defend themselves against these allegations and uphold the agreement concluded between the parties. The WP material was therefore admissible under the established exception, or a “small and principled extension of it in the interests of justice”.

The decision acts as a reminder that the protection afforded by the WP rule is not absolute, and suggests that the fraud exception may extend further than previously understood.

The underlying dispute concerns a fraud claim brought by Berkeley Square Holdings and others (the “Claimants”) against the manager of their London property portfolio (“Lancer”) and its directors and holding company (together the “Defendants”).

The Claimants allege that the Defendants were “complicit in a substantial fraud perpetrated on the Claimants by their own appointed representative” (the “Representative”), through an arrangement whereby Lancer’s management fees were significantly increased and part of those fees were paid to a company owned and controlled by the Representative. A major area of dispute between the parties is whether those payments were authorised by, and known to, the Claimants.

The Defendants argue that the Claimants were aware of these payments, and in fact ratified or affirmed them, as (at least) the payments were detailed in the factual background section to the Defendants’ position paper exchanged during an earlier WP mediation between the parties in respect of Lancer’s performance bonus. All the position papers were marked “Without Prejudice”.

The Claimants applied to strike out the parts of the Defendants’ defence which refer to the WP statements made in their position paper, on the basis that they are WP and therefore inadmissible. The Defendants argued that the statements were admissible under one or more exceptions to the WP rule, and that the statements should be admitted as evidence in support of their argument that the Claimants had known about such payments.

The High Court (Roth J) held that the WP statements were admissible.

Roth J noted that it is well established that the WP rule is not absolute and is subject to exceptions. He referred to the (non-exhaustive) list of exceptions to the WP rule found in Unilever Plc v Proctor & Gamble Co [2000] 1 WLR 2436. The Defendants in this case relied on three of the exceptions listed in Unilever, under which WP evidence may be admissible:

Roth J noted that, although the fraud exception had not been applied in any reported English case to date, the description of it in Unilever had repeatedly been approved by the appellate courts and neither party suggested the exception did not exist.

Whilst the fraud exception, as expressed in Unilever, allows a party to rely on WP material to show that an agreement should be set aside on the ground of misrepresentation, fraud or undue influence, in this case the Defendants were trying to rely on WP statements to uphold the relevant agreement, and to rebut the allegations of fraud.

Roth J therefore held that the WP statements were admissible either under the fraud exception, properly interpreted, or “by reason of a small and principled extension of it to serve the interests of justice”.

On the basis of this exception alone, the judge dismissed the Claimants’ application to strike out the parts of the Defendants’ defence which relied on the relevant WP material. However, Roth J went on to consider the other two exceptions relied on.

In considering the application of the Muller exception, Roth J referred to the analysis set out in two recent cases, with which he agreed: EMW Law v Halborg [2017] EWHC 1014 (Ch) and Briggs v Clay [2019] EWHC 102 (Ch) (which are summarised in previous blog posts here and here). According to that analysis, the rationale for the Muller exception is that a party cannot raise an issue to be tried but, at the same time, rely on the WP rule to prevent the court seeing the evidence needed to determine that issue.

Roth J held that the Muller exception could also have been applied because the Claimants’ claim would not be “fairly justiciable” without disclosure of the privileged statements into evidence. In determining what “fairly justiciable” means, Roth J said: “it means that the evidence is so central to an issue which the party resisting disclosure has introduced that there is a serious risk that there will not be a fair trial if that evidence is excluded”.

In this case, the Claimants’ critical argument was that the Defendants had acted dishonestly and that the Claimants had been unaware of the relevant payments. Roth J held that ”justice clearly demands” that the Claimants should not be permitted to put forward such an argument whilst excluding evidence that they were told of those same facts some five years earlier, because to do so would create a “serious risk” that the court would be misled.

Roth J ‘s decision was also informed by the fact that the statements in question did not relate to the dispute which led to the earlier mediation (they were only ”peripheral” to those issues), and were exclusively statements made by the Defendants who were the same party trying to have them admitted in the present proceedings. Roth J therefore held that admitting the WP material would not risk undermining the public policy justifying the WP rule. 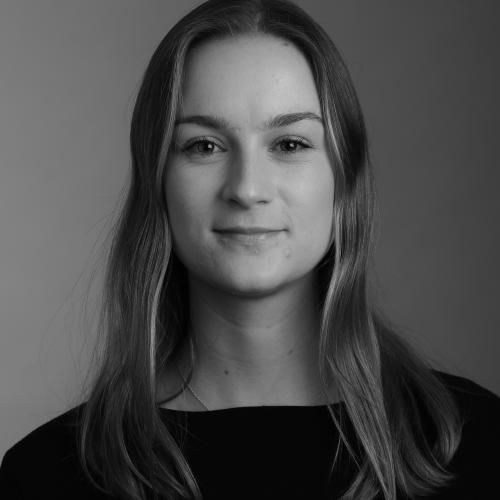