Civil contempt proceedings: To what extent are the applicant’s private interests relevant?

Two recent English court decisions provide useful guidance as to the role of private litigants when they bring an application seeking the committal of another party for civil contempt.  In particular, they shed light on the extent to which the applicant’s private interests can be a legitimate consideration in such applications, as distinct from the public interest in the administration of justice.

An application for committal can be brought by a party as of right where it alleges that another party has committed a serious (not merely technical) contempt of court by breaching a court order or an undertaking given to the court.  It is well accepted that the purposes of civil contempt proceedings include both (i) enforcement of the breached order (where still relevant), including deterring any future breach and (ii) drawing the alleged contempt to the court’s attention so that it can be ruled on and sanctioned if appropriate (including by imprisonment).

The decisions illustrate that, as long as it serves one of those proper purposes, it is legitimate for parties to bring and conduct a civil contempt application in pursuit of their private interests, and for the court to have regard to those interests. In particular:

Of course, the courts will not tolerate litigants threatening or commencing a civil committal application for an improper purpose.  However, the Navigator decision makes clear that this means a collateral purpose, outside the legitimate aims of the contempt procedure.  (Examples would include bringing contempt proceedings to exert pressure on a party to settle, or to provide tactical leverage in some separate business dealing.)  In the absence of such a collateral purpose, an applicant being motivated by its legitimate private interests or even by subjective animosity will not in itself mean the application was pursued for an improper purpose.

This decision was in the context of a “long-running, bitter and high profile dispute”, in which the claimants were seeking to enforce in the High Court an arbitral award obtained against Mr Deripaska worth approximately US$95million. Their committal application alleged that he had breached formal undertakings he gave to the court in connection with (and in partial substitution for) a worldwide freezing order against him.

Mr Deripaska had eventually satisfied the arbitral award and the undertakings had been discharged by consent, so the committal application was not seeking to enforce compliance.

At first instance, Andrew Baker J dismissed the committal application mid-hearing as an abuse of process, on the basis of:

Many commentators queried how it was in the interests of the administration of justice for what was an apparently strongly arguable case of serious contempt to be dismissed, and removed from the courts’ scrutiny, on this basis.  Others, particularly in the legal community, queried how it was realistic to expect civil litigants (who, by definition, considered themselves wronged by the defendant and were alleging breach of orders they had obtained in response to that wrongdoing) to conduct a committal application as an impartial party with no interest in the outcome.

The Court of Appeal (Carr LJ, with whom Snowden and Asplin LLJ agreed) allowed the claimant’s appeal, remitting the committal application to be determined by the Commercial Court.

The court held (amongst other findings) that the judge’s order was based on several errors of law regarding the proper role and responsibilities of the claimant in bringing the proceedings.

The judge was wrong to treat the claimants’ subjective motivations in bringing the application as relevant. There was no basis for this as a matter of principle or authority.

Carr LJ noted that, in reality, there will nearly always be a degree of animosity between an applicant and respondent in civil committal proceedings.  The fact that an application is motivated, even exclusively, by a personal desire for revenge does not justify it being struck out as abusive, so long as it (a) complies with procedural requirements (b) is arguable on the merits and (c) has the effect (and so at least the objective purpose) of drawing to the court’s attention an allegedly serious contempt.

The court observed that considering the subjective motive behind committal applications would be fraught with difficulties. It would require judicial value judgments about the type and degree of permissible animosity (“What of greed, hatred or jealousy?”). The more blatant and serious the alleged contempt, the more likely it would be for the applicant to be (justifiably) antagonised by it, thus providing further ammunition for a respondent. It would also present evidential challenges in what is an interlocutory application, and raise issues as to how an applicant could argue its case without waiving legal professional privilege.

It was also wrong for the judge to hold that a civil litigant and its lawyers are under an obligation in such applications to act as ‘quasi-prosecutors’, motivated only by public interest and with no private interest in the outcome.

Even where it is no longer necessary to seek enforcement of an order or undertaking, an applicant still has a proper private interest in the outcome of the application (in some cases including future deterrence).

Substantive and procedural fairness is very important on an application for civil contempt, given the serious potential consequences, and lawyers acting on such applications must comply with their usual duties including to uphold the rule of law and the proper administration of justice. However, that does not mean that applicants or their lawyers are under a duty to act wholly impartially or as if they had no legitimate private interest in the outcome of the application.

The court noted that a consequence of the judge’s finding would be to discourage the pursuit of civil contempt applications, which would be counterproductive. Serious contempts may not be drawn to the court’s attention, contrary to public interest.

The contempt alleged in this case concerned the defendant’s conduct in connection with the execution of a search order against him, in proceedings where the claimants were alleging the unauthorised use of their confidential information.

The claimants requested that the committal application be heard partly in private, to the extent that it would be necessary to refer to the content of a particular set of documents said to be highly commercially sensitive.

The court (Adam Johnson J) noted that that would involve a derogation from the principle of open justice, and so was an issue to be approached with the utmost seriousness.  The general rule is that committal applications are heard in public and that derogations from this can only be justified in “exceptional circumstances, when they are strictly necessary as measures to secure the proper administration of justice” (Taher v Cumberland [2019] EWHC 2589 (QB)).

On the basis of the claimants’ evidence, the judge accepted that the documents were both confidential and of commercial importance, in that they contained currently relevant commercial and operational information likely to be of value to competitors.

The court acceded to the request. One purpose of the search order and of the underlying proceedings was to seek to protect the claimants’ commercially confidential information and it would be unfair and unjust for the information to be aired publicly in the committal proceedings, risking unwinding the extensive efforts the claimants had already made to protect them, including having obtained the search order.

In addition, in respect of both those documents and a wider set that were of real but lesser commercial sensitivity, the court also granted orders:

Those orders would give the claimants the opportunity to contest such access to the court file and any broader use of the material, and would balance their private interests against the interests of open justice. 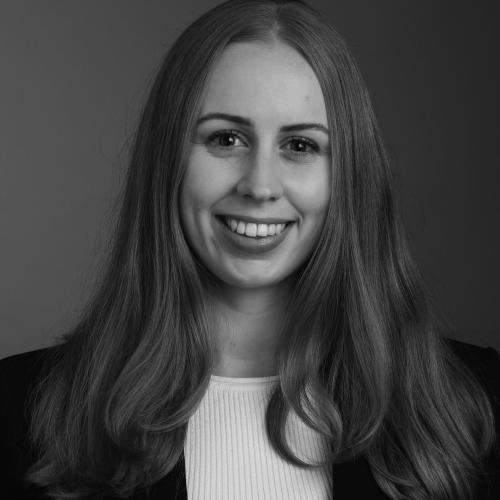