There is increasing interest in the role Nature-based Solutions’ (“NbS”) are to play in adaptation and mitigation of climate change at COP26. Its role, especially in the context of Article 6 relating to carbon markets, will be of critical concern to many countries and blocs especially Brazil and the African Group of Negotiators. In the past few years, voluntary carbon markets have sparked resurgent demand for NbS credits, however, there is hope that COP26 will provide the framework for a globally recognised compliance marketplace for such credits.

WHAT ARE NATURE-BASED SOLUTIONS?

NbSs are currently popular with both corporates and governments, with private-sector demand driving voluntary carbon markets to record heights in the last year and 66% of the world’s governments incorporating some form of NbS in their Nationally Determined Contributions (“NDCs”).

At present, the most significant role for NbS projects is the production of carbon offset credits, where emitters seek to offset their scope 1 and scope 2 emissions1 through purchasing offsets from NbS projects outside of their immediate value chain. However, NbS projects can be financed in a multitude of ways, including reducing emissions within the emitters’ own value chain by creating “inset credits”. However, for COP26 the main discussion surrounding NbSs will be their role in the new Article 6 carbon market as generators of carbon offset credits in a global compliance scheme.

Avoided nature loss and nature sequestration principles have also been applied to mangroves, peatland and ocean conservation through “Blue Bonds”2 amongst others as many of these projects are increasingly seen as being potentially more effective than traditional forestry initiatives. For the equivalent coverage, mangrove and peatland projects have much higher capacities for carbon sequestration and less land competition thus reducing the risk of displacing indigenous peoples and carbon leakage.

Added to these traditional eco-system based NbSs, there is also increasing interest in emissions reductions in agriculture through sustainable and regenerative farming practices. This sector has great potential due to the global coverage of agricultural land, however, it comes with its own challenges of proving additionality and measuring reductions.

Every category of NbS and individual project has its own unique set of measurement, additionality, permanence and leakage considerations amongst others. For example, ecosystem projects are more sensitive to destruction from wildfires and hurricanes and avoided nature loss projects have issues establishing additionality. Local political stability and resources to monitor developments and protect projects also adds another layer to consider. Therefore, market participants have to look further than the simplification of one credit equals one tonne of carbon dioxide or carbon dioxide equivalent removed from the atmosphere. Not all credits are made equal.

Article 6 of the Paris Agreement envisages a market-based compliance mechanism that many hope will provide some global consensus on the issue of carbon offset credits. This new mechanism will replace the Clean Development Mechanism (“CDM”) and its Certified Emission Reductions (“CERs”) credits which was the market-based mechanism under the Kyoto Protocol attempting to provide such a universal standard. The CDM and CER credits have widely been regarded as having failed to support projects that could evidence a real reduction in emissions and prices have crashed since the EU ETS discontinued its recognition.

Looking at the NDCs of participant countries, there is likely to be a key role for NbSs relating to afforestation and reforestation as well as other sequestration projects but it remains controversial whether avoided nature loss including REDD+ projects would be covered and to what extent. REDD+ projects had not been covered in the CDM due to concerns of additionality and leakage, however, Brazil and other countries in the tropics have generally been in favour of recognition and will likely continue to be so at COP26.

Key issues for consideration in relation to NbSs credits remain: additionality, permanence, leakage, [double-counting] and the verification of these aspects.

For projects to possess additionality they need to prove the emissions reductions would not have occurred without the revenue generated from the credits, in other words, emissions reductions need to be proved against the “business-as-usual” position. Establishing such a position is particularly difficult for avoided nature loss, as the likely extent of the nature loss will need to be ascertained as well as the resulting emissions.

There has been significant criticism of past CDM projects for inflating emissions reductions by providing unrealistic baselines. However, applying the requirement of additionality too restrictively can create unbalanced incentives as well. Due to the massive carbon release of destroying carbon sinks, preservation is far more effective than re-installation. However, additionality is harder to prove in the former because the “business-as-usual” position is less clear.

Gabon, for example, has 85% of its land covered by forests which, if removed, would emit 26.5 gigatonnes of carbon (about five years’ worth of US emissions) and has maintained deforestation at 0.1% PA through extensive regulation. Gahouma-Bekale, chair of the African Group of Negotiators at COP26, points out the current preference of awarding credits to afforestation and reforestation over avoided nature loss needs to be revised as countries such as Gabon should be incentivised to prevent deforestation in the first place.

At COP25, Brazil also argued that its existing forests should be counted as carbon sinks and such avoided nature loss should count towards national pledges. This argument was resisted by many at the conference, however, since COP25 the Amazon has become a net emitter due to deforestation. How this development will affect the Brazilian stance at COP26 remains unclear.

Permanence is an issue for both avoided nature loss as well as nature sequestration. For the natural carbon sinks either saved from removal through avoided nature loss or established by nature sequestration projects, the producer needs to be able to protect its project from future destruction including human threats such as logging to natural disasters such as wildfires and hurricanes. For such credits to accurately reflect long-term emissions reductions protection may need to extend for decades.

To account for such risks, accreditors will generally hold a percentage of their NbS credits in a “buffer account”, for example, Gold Standard holds 20% of forestry credits in a buffer. However, there is increasing concern whether such buffer accounts are sufficient to meet the increasing incidence of environmental threats. For example, the Washington and Oregon fires this year have affected forestry projects used by BP and Microsoft amongst others. This raised concerns, especially for the Colville project as only 2% of its credits were placed in a buffer.

The only way to secure permanence for both avoided nature loss and sequestration is to ensure credits are only purchased by producers who can protect the projects long beyond the crediting period. Where offsets are purchased in a region far from both the verification agency and purchaser there can be issues of reporting as well. For example, in 2018 Virgin Atlantic stopped purchasing credits from Oddar Meanchey, a REDD+ project in Cambodia, as it was revealed deforestation had actually escalated in the area for almost a decade and its credits reflected emissions reductions that did not exist.

Permanence was not an issue directly debated at COP25, however, it remains applicable to all NbS projects and will likely be considered as part of accounting methodologies and REDD+ discussions especially due to the record wildfires that occurred across the world this year.

Leakage occurs when the reduction of one party’s emissions leads to those emissions occurring somewhere else. For example, if the UK replaces farm land with forestry to increase carbon sequestration, then this would increase food imports from other countries that may expand their agricultural sector, potentially involving emitting activities such as deforestation.

Leakage has been cited as a particular concern for REDD+ projects as logging, for example, may simply move to another country if the global demand remains unchanged. This concern has also lead to Gold Standard, one of the most influential voluntary carbon credit standards, to no longer accept REDD+ projects under its family of credits.

At COP26, there will likely be a debate on the inclusion of REDD+ projects in the new compliance regime, however, due to issues of leakage and permanence, amongst others, it remains to be seen whether such projects would be accepted.

Double-counting is not an issue unique to NbSs and occurs where the same emissions reductions are claimed twice. At COP26, a major arena of debate concerns the legitimacy of carrying over Kyoto-era credits into the new compliance regime. This is because these credits were already used during the Kyoto-era to set the baselines for the Paris-era3, and NbS projects were a key generator of such credits.

Separately, the cost of verification also still remains an issue, especially for NbS credits, as measuring emissions reductions in complex ecosystems across the world for both avoided nature loss and sequestration projects can require costly specialist technology and expertise. Traditional soil sample verification also often carries protracted timelines involving multiple site visits. The cost of verifying project credits can account for more than half the price of such credits.

There are, however, being developed technological solutions to this problem, especially in the field of remote sensor technology. RegenNetwork, for example, uses such a method to monitor carbon farming projects with satellite imagery and formulas to measure the amount of carbon sequestered. However, at present there is still questions as to the accuracy of such technology and verification costs remains an issue for NbS credits.

Read more on our COP26 Hub. 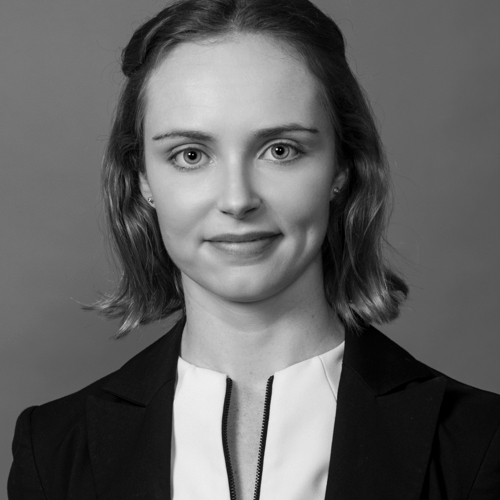