English court restrains expert from acting in arbitration due to breach of fiduciary duty of loyalty – A Company v X, Y and Z [2020] EWHC 809 (TCC).

English court restrains expert from acting in arbitration due to breach of fiduciary duty of loyalty – A Company v X, Y and Z [2020] EWHC 809 (TCC).

Earlier this month, the English High Court extended an interim injunction restraining a global expert consultancy firm from acting as independent experts in separate, although related, arbitration proceedings against the claimant.[i]

In granting the claimant’s application to extend the interim injunction, the court held that:

While expert consultancy firms will no doubt be concerned about this judgment, there are a number of factors in this case that mean that the result was justified in the circumstances. While experts’ overriding duty is to the tribunal, that it is not their sole duty. As was recorded in the engagement terms in question here, experts are often engaged to provide ongoing support during the course of an arbitration and the reality is that many clients view experts as part of their “team” and often include them, even if informally, in discussions of wider strategy.

Nonetheless, this case is a salutary reminder for lawyers and experts to deal with conflict issues conclusively as they arise. While the outcome might be considered a “win” for the claimant, the situation that remains will no doubt be an unsatisfactory one for all parties. In our experience, even where there is not a clear or “strict” conflict of interest, more often than not a sensible discussion regarding the full implications of an expert firm taking more than one role on disputes arising on a project will end up with an agreement that everyone can live with.

The present application was brought in connection with two ongoing arbitrations. Accordingly, the hearing of the application was held in private and the parties’ names were anonymised in the judgment.

The claimant is the developer of a petrochemical plant. In 2012 and 2013, the claimant engaged a third party group to provide EPCM services (EPCM Contractor) and a contractor (Contractor) for two works packages for the construction of facilities for the plant.

Disputes arose between the Contractor and the claimant and the Contractor commenced an ICC arbitration (Works Package Arbitration) for costs incurred by reason of delays to its works, including the late release of issued for construction (IFC) drawings prepared by the EPCM Contractor.

In March 2019, the claimant approached the first defendant, an Asian subsidiary of a global consultancy firm, with a view to engaging it to provide delay expert services in connection with the Works Package Arbitration. The first defendant signed a confidentiality agreement. In May 2019, the parties executed a formal letter of engagement. This letter contained a number of matters key to the issues in this case:

In about October 2019, the EPCM Contractor’s lawyers approached the defendants requesting them to provide quantum and delay expert services in connection with the EPCM Arbitration.

K emailed instructing counsel for the claimant in the Works Package Arbitration to notify them of the EPCM Contractor’s approach. K noted that they had advised the EPCM Contractor that the Asian consultant entity had been engaged on a separate dispute about the same project, without revealing details, and stated that the EPCM Contractor’s lawyers did not consider there to be a conflict. K went on to explain why the defendants had also formed the view that working on the two matters, from different offices, did not amount to a “strict” legal conflict and pointed out that their firm had the ability to set up requisite information barriers between the relevant teams.

At K’s invitation, K and the claimant’s counsel discussed the matter on the telephone that same day, and the solicitor stated that his view was that there would be a conflict.

The following day, K emailed the solicitor stating that they had discussed the matter internally and did not consider there to be a “true conflict”. The expert offered a further phone call if necessary.

However, it would appear that there were no further discussions or correspondence on the issue until late February 2020.

The defendants’ engagement by the EPCM Contractor – February 2020

A few days later, counsel for the claimant sent an email to K stating that it wanted to expand the scope of K’s instructions to include expert witness services in respect of the EPCM Arbitration. The email noted: “we believe that the knowledge you and your team have acquired on this project will be invaluable for the delay analyses that will be required in the [EPCM Arbitration]”.[iii]

On receiving confirmation by the EPCM Contractor’s counsel on 10 March 2020 that M had been appointed as the EPCM Contractor’s quantum expert and was already working on the matter, the claimant responded, setting out the scope of the work done by K to date. The claimant noted that K’s work product would likely form part of the evidence in the EPCM Arbitration, and reserved its right to challenge M’s appointment.

The claimant’s solicitors wrote to the first defendant on 12 March 2020, advising that its engagement by the EPCM Contractor created a conflict of interest, thereby breaching the terms of its engagement by the claimant. The third defendant responded on 19 March 2020, denying the allegation and setting out measures that had been taken to ensure compliance with confidentiality obligations.

On 20 March 2020, the claimant applied for urgent injunctive relief. Interim relief was granted until 31 March 2020. The application determined by the present judgment was brought to continue the interim injunction. The basis for this application was that the provision by the defendants of services to the third party in connection with the EPCM Arbitration was a breach of the rule that a party owing a fiduciary duty of loyalty to a client must not, without informed consent, agree to act (or actually act) for a second client in a manner which is inconsistent with the interests of the first.

Did the first defendant (i.e. the Asian entity) owe the claimant a fiduciary duty?

The defendants submitted that an expert witness does not owe a fiduciary obligation of loyalty to his or her client, as such a duty of loyalty is excluded by the expert’s overriding duty to the tribunal.

The court distilled the following general principles from the authorities referred to by the defendants:

However, the court noted that the authorities referred to by the defendant were not unified by an overarching principle of law that an independent expert does not owe a fiduciary duty of loyalty to his or her client. Indeed, no fiduciary duty of loyalty existed in those cases because either there was no retainer (at all, or because the retainer had been terminated), or the particular facts of any retainer did not give rise to such a relationship.

As for the defendants’ reliance on their independent role, the court noted that merely because experts owe duties to the court or tribunal that may not align with their client’s interests, this does not provide a principled basis to support the general rule contended for by the defendants. As the court observed, solicitors and counsel navigate these duties as a matter of course, but, crucially, “the paramount duty owed to the court is not inconsistent with an additional duty of loyalty to the client”.[iv]

Having explained and distinguished the defendants’ authorities, the court held that the first defendant owed the claimant a fiduciary duty of loyalty because “a clear relationship of trust and confidence arose” as a result of the following circumstances:[v]

Did the individual expert’s fiduciary duty extend to the whole defendant group?

The court referred to previous cases that establish that where a fiduciary duty of loyalty arises it is not limited to the individual concerned, but rather it extends to the firm or company, and may extend to the wider group.[vi] The court considered the organisational structure of the defendant group, noting the common financial interest of the parent company and its shareholders in the defendants, that the defendant group is managed and marketed as one global firm, and that there is a common way in which conflicts are identified and managed.

The court dismissed the defendants’ submission that the defendant group was analogous to barristers, who “act on opposing sides in litigation as a matter of course”.[vii] For example, unlike an firm of experts, barristers do not share profits and do not have the “luxury of considering a case and then deciding not to accept instructions because the client or case does not fit their corporate image”.[viii]

The court also opined that it is “common knowledge” that barristers are self-employed individuals and that counsel from the same chambers may, and often do, act on opposing sides of the same case. The implication of this seemed to be that there is no such “common knowledge” in respect of expert witnesses, and informed consent is required in circumstances such as the present. The defendants did not inform the claimant at the time of accepting the engagement that they might take instructions to act both for and against the claimant in respect of the dispute. If they had done, the court reasoned, the claimant would not have instructed the defendants (as evidenced by the fact that when the defendants asked whether the claimant objected to them acting for the third party, the claimant objected).

Accordingly, the court held that the fiduciary duty of loyalty was not limited to the first defendant; it extended to and was “owed by the whole defendant group”.[ix]

Did the defendants breach their fiduciary duty to the claimant?

The defendants relied on the fact that they had certain information barriers in place to protect against the risk that confidential information might be shared inappropriately. However, the court held that this was not determinative of whether there had been a breach of the defendants’ duty of loyalty. A fiduciary with a duty of loyalty “must not place himself in a position where his duty and his interest may conflict”.[x]

Having found that the defendants breached their fiduciary duty to the claimant, the court ordered the extension of the interim injunction so as to restrain the defendants from providing expert services to the EPCM Contractor in connection with the EPCM Arbitration. 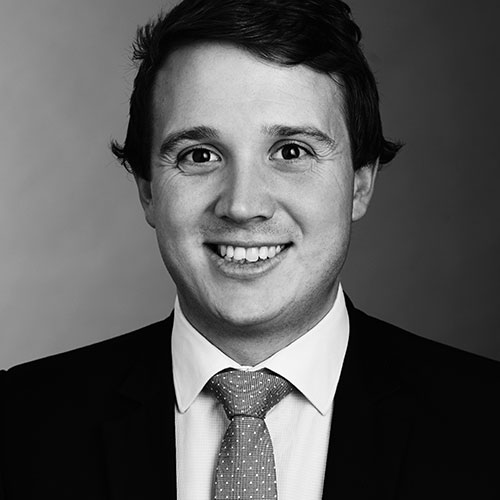