Our colleagues have published this article on the recent English High Court 2 Entertain v Sony case (see High Court finds claim for lost profits arising from damage caused by London riots not prevented by force majeure or exclusion for indirect or consequential loss). For our Construction Notes subscribers, the case raises some important points in relation to force majeure relief and exclusion of liability for indirect and consequential losses in the context of construction contracts.

O’Farrell J considered the foreseeability of the proximate cause of the failure to perform to determine whether the force majeure provision in question applied. In particular, while she noted that the riot (which Sony argued was a force majeure event) was “unforeseen and unprecedented”, the Judge held that the foreseeability requirement, as part of ascertaining whether an event had occurred which was outside the “reasonable control” of the parties in accordance with the force majeure in the contract, had not been satisfied. Namely, in this instance, the risk of intruders was foreseeable, on the basis that there had been previous break-ins to the warehouse, and the risk of arson, and of destruction of the warehouse and its stock by fire, was (or should have been) foreseen, as a number of fire safety documents (including British Standards guidance on security of warehouse buildings) were available to Sony before the fire.

The Judge held that, if Sony had taken adequate security and fire safety measures, the attack on the warehouse would probably have been deterred or delayed and any damage significantly reduced. That meant that the fire and resulting losses were not outside the reasonable control of Sony and the force majeure clause could not be relied upon as a defence.

There is no general requirement under English law that an event must be unforeseeable in order to give rise to a claim for force majeure relief. Indeed, in this contract, the clause contained no specific foreseeability requirement. However, it can be understood that, in many cases, the more an event is foreseeable, the more it may be possible to prepare for the event and avoid it having an impact on contractual performance.

Parties negotiating construction contracts should carefully consider the wording of force majeure clauses and amend the standard forms where appropriate. The ICC short form force majeure clause  expressly requires that the event in question could not reasonably have been foreseen at the time of the contract was concluded.1 See our previous articles COVID-19: PRESSURE POINTS: FIDIC Contracts – Is FM the right answer? and Managing Delay Under JCT Contracts Due To Covid-19 as to how this has been dealt with under other standard form construction contracts.

It is worth noting that this case also demonstrates that even where a list of force majeure events is widely drafted (it covered riots, fire and malicious damage in this instance), the extent to which the relevant clause will apply in the circumstances will be determined by an analysis of the facts to ascertain what actually caused the failure to perform. Here, while Sony argued it was the riots that gave rise to force majeure relief, the court considered the intruders and arson attack as the actual cause. Therefore, parties should be aware that the mere occurrence of a potentially relevant force majeure event is not, in and of itself, sufficient to entitle the affected party to relief.

Exclusion of indirect or consequential loss

When considering the potential application of the clause excluding indirect and consequential loss, the Judge held that the starting point was to consider the natural and ordinary meaning of the clause. The Judge noted that the clause in question excluded “any indirect or consequential loss or damage”, and held that the direct and natural result of the fire was the destruction of the goods and the warehouse, causing lost profits and business interruption losses to the claimants. Accordingly, those claims did not fall within the scope of the exclusion.

As such, this case acts as a reminder that if parties want to exclude all loss or profit etc., this must be expressly stated in the relevant provisions. The approach in standard form construction contracts is varied, as can be seen from the below:

The Judge’s observation that the exclusion clause was “unhappily drafted” acts as a reminder that all contractual provisions should be as clearly drafted as possible, as a court or tribunal will rely on the “plain and natural meaning of the words used”. Ultimately, whilst this case does not radically change the law in respect of force majeure or limitation of liability clauses, it illustrates that careful drafting is imperative in order to achieve legal certainty for parties as to the interpretation and application of contractual provisions that limit their liability. 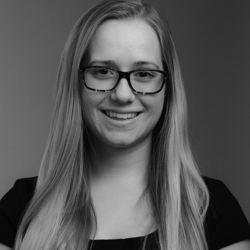