Infrastructure projects often involve a complex suite of documents which are negotiated together but each constitutes a separate binding agreement. By way of example, a project developer and a host government may sign a land lease, a construction contract and long term operating agreement. The UK’s Privy Council, which is the highest court of appeal for several independent nations, has held that in such a case a breach of one contract may result in claims including losses under other agreements. As a result, where agreements exclude certain claims or cap certain losses, it is important to ensure that the exclusions and caps cover the whole suite and not just the losses under the contract itself.

The United Kingdom Privy Council has recently held that where a government owner breached a Design and Build Agreement (DBA) by failing to prepare a project site, the contractor’s claim for lost profits under the Management, Operation and Maintenance agreement (MOMA) related to the project should succeed. Attorney General of the Virgin Islands v Global Water Associates Ltd [2020] UKPC 18.

Construction projects often involve multiple contracts between the same parties and here the Privy Council looked at a situation where a breach of one contract caused losses under a completely separate agreement.  Were those losses recoverable?  In granting the contractor’s appeal, the Privy Council revisited the rules on remoteness of damage under English law and held that the contractor’s loss under the MOMA was in the parties’ reasonable contemplation when they entered the DBA.

This decision will be of interest to contractors and owners who may be concerned about the scope of claims in complex projects. In particular, it illustrates that a loss of profits under one contract may be recoverable for breach of another contract, if the lost profits were in the parties’ reasonable contemplation at the time they entered the contracts.

The Government of the British Virgin Islands (BVI) entered into two contracts with Global Water Associates Ltd (GWA) relating to a proposed water reclamation treatment plant in the BVI, as follows:

The Government failed to prepare the project site to enable the installation of the plant, as it was required to do under the DBA. As a result, the plant could not be built and GWA was unable to earn profits under the MOMA. GWA terminated the DBA and commenced arbitration for the Government’s breach of the DBA, seeking damages for lost profits it would have earned under the MOMA.

Whilst the arbitral tribunal found that the Government had breached the DBA in failing to prepare the site, they also found that the damages claimed by GWA under the MOMA were too remote and could not be recovered. GWA applied to the BVI High Court for relief.

The BVI High Court accepted GWA’s argument that the arbitral tribunal had made an error in law when it found that the damages claimed under the MOMA were too remote. However, the BVI Court of Appeal allowed an appeal by the Government and subsequently, GWA appealed to the Privy Council, which is the highest appellate court in the BVI.

The Privy Council allowed GWA’s appeal, agreeing with the BVI High Court that there was an error of law on the face of the arbitral tribunal’s award, in relation to the claim for damages.

Hadley v Baxendale established that damages will be recoverable if the loss claimed falls within one of two limbs:

In Victoria Laundry, the claimant launderers and dyers sought damages from the defendant seller of a large second-hand boiler, where delivery was delayed due to the boiler having been damaged in transit. The Court of Appeal held that the claimant could recover damages for loss of profits in respect of contracts that could reasonably be expected, but not the loss of profits on particularly profitable dyeing contracts where the existence of those contracts had not been communicated to the defendant.

In The Heron II, the House of Lords in general endorsed the principles stated in Victoria Laundry, but considered in further detail the extent to which it must be foreseeable that the loss in question might result from the breach. The various Law Lords used a number of phrases including that the loss was “liable” to result, or that it was a “serious possibility” or a “real danger”.

In the present case, Lord Hodge said what was important was to identify what the parties were trying to encapsulate in their choice of language, which in his view was:

“whether as a question of fact the parties to a contract, or at least the defendant, reasonably contemplated, if they applied their minds to the possibility of breach when formulating the terms of the contract, that breach might cause a particular type of loss”.

That was not solely a question of the percentage chance of such an event occurring, although that was not irrelevant. Lord Hodge referred to a more recent statement of the principle by Professor Andrew Burrows (now Lord Burrows) in “A Restatement of the English Law of Contract” (2016), which used the phrase “serious possibility”.

From his review of the main authorities, Lord Hodge derived five propositions which, he said, summarised the position:

Applying those principles to the facts of the present case, Lord Hodge said it was clear that the losses resulting from an inability to earn profits under the MOMA were within the reasonable contemplation of the parties to the DBA when they made that contract. This was for a number of reasons, including that the contracts were entered into between the same parties on the same day and they both related to the same plant on the same site, giving rise to special knowledge under the second limb of the rule in Hadley v Baxendale. Further, the BVI Government knew and intended that the performance of each party’s obligations under the DBA would lead to the commencement of the MOMA.

The arbitral tribunal had recognised the vital interconnection of the DBA and the MOMA, but found that loss of profits under the MOMA flowed only from the MOMA and not the DBA. This was untenable. Although they were separate contracts, it was clear that a failure to perform the DBA would prevent GWA from obtaining profit from its performance of the MOMA.

It is common in projects to have multiple related contracts negotiated as a package and signed together.  This decision highlights that a party’s conduct under one contract can trigger rights and remedies (including very substantial claims) under other agreements and this should be clearly borne in mind – particularly in addressing caps on liability. 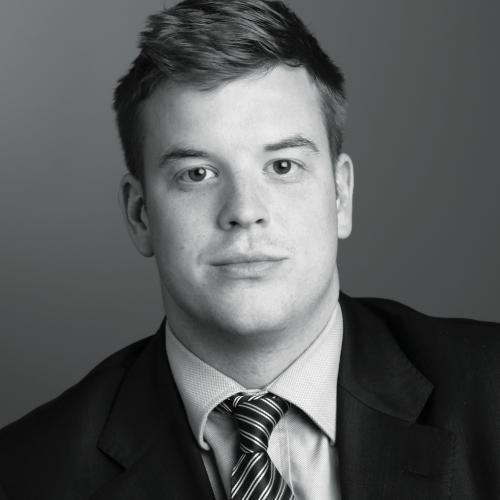