Victorian Supreme Court of Appeal clarifies the application of the prevention principle, and its relationship with the implied duty to cooperate.

By Georgina Ingleton and Geoff Hansen

On 24 March 2021, the Victorian Supreme Court of Appeal  delivered an important judgment regarding the prevention principle (essentially, that a party cannot insist on the performance of a contractual obligation by the other party if it itself has caused the other party’s non-performance)[1] and its relationship with the implied duty to cooperate in Bensons Property Group Pty Ltd v Key Infrastructure Australia Pty Ltd [2021] VSCA 69.

The decision clarified the basis for the application of the prevention principle in Victoria, confirming that it cannot be applied as a “free standing principle of law” divorced from the terms of the contract. Rather, it must arise as a result of a breach of a contractual term (often an implied duty to cooperate or use best endeavours), and be the operative reason for the party being hindered or prevented from complying with the contractual obligation.

The Court also affirmed its decision in Adaz Nominees[2]that the duty to cooperate arises as an implied term in a contract (rather than as a universal rule of construction), when it meets the BP Refinery[3] test of necessity, is not inconsistent with any express contract terms.

In early 2015, Key Infrastructure Australia Pty Ltd (KIA) (a property planning and engineering business) identified a potential development site in Port Melbourne, which was owned and operated by third parties.

In March 2015, KIA entered into agreements with the third parties, and in June applied to the City of Port Phillip (Council) for a planning permit for a proposed three-level development (Permit).

KIA subsequently approached Bensons Property Group Pty Ltd (Bensons), an established property developer, to fund the development, and it was agreed that Bensons would acquire the site and the associated business directly from the third parties.

In April 2016, KIA and Bensons entered into a Development Management Agreement (DMA), whereby it was agreed, among other things, that KIA would procure the issue of the Permit. In exchange, Bensons agreed to pay KIA a $2 million management fee, which was payable in instalments, on the condition that the Permit was issued by 31 December 2016 (sunset date). If KIA failed to obtain the Permit by the sunset date, the instalments would have to be repaid and the agreement would terminate.

By May 2016, it had become apparent that the Council might refuse or fail to determine the Permit application. Under the Planning and Environment Act 1987 (Vic) the parties could apply to have the application determined at VCAT.

The DMA allowed, but did not oblige, Bensons to elect to appeal any decision of the Council (including a failure to make a decision) to VCAT.

In response to the 18 May letter, KIA withdrew its application from VCAT the next morning. KIA subsequently reinstated the application on 5 July 2016. The application was successful, and on 22 December 2016, VCAT made orders directing the Council to issue the Permit.

Following VCAT’s orders, KIA sought payment of the balance of the management fee from Bensons. Bensons refused to pay on the basis that the invoice was premature, as the Permit had not been issued by Council in accordance with the DMA.

Council issued the Permit on 6 February 2017, approximately 5 weeks after the sunset date. Prior to this, on 9 January 2017, Bensons terminated the DMA on the basis of KIA’s failure to obtain the Permit by the sunset date, and demanded repayment of the first two instalments it had already paid to KIA.

After Bensons’ exit from the project, the development was sold to a third party and KIA was paid out $2.232m from the proceeds of the $11.2m sale.

KIA commenced proceedings seeking to recover the balance of the management fee, and damages for breach of the DMA. Bensons counterclaimed for recovery of the amounts paid under the DMA.

The trial judge held (contrary to KIA’s submissions) that VCAT’s decision to grant the Permit did not constitute the issue, within time, of the Permit under the DMA. However, KIA succeeded in establishing that the 18 May letter induced it to withdraw the first VCAT application, and that, as a result, Bensons had prevented it from procuring the issue of the Permit prior to the sunset date.

The consequence was either that Bensons was prevented from relying on the sunset date to avoid paying the management fee, or was liable in damages for breach of the implied duty to cooperate. However, as KIA was found to have fully mitigated its losses, Bensons was ordered to pay only nominal damages of $100.

Bensons appealed the findings, and sought recovery of the management fee instalments, on grounds including that the trial judge erred in:

By a notice of contention, KIA claimed the trial judge wrongly confined Benson’s preventative conduct to the 18 May letter.

The Court of Appeal upheld the above grounds, and dismissed the notice of contention. KIA was ordered to refund the instalments of the management fee it had received.

The Court of Appeal rejected KIA’s submission that to apply the prevention principle, it was not necessary for Bensons to have breached a term of the DMA, if its conduct had deprived KIA of a ‘substantial chance’ of compliance.[4] Instead, it upheld the appeal ground, stating that the prevention principle could only apply “by reference to the DMA and the contractual obligations it imposed on the parties” and not “as if it were a free standing principle of law that, when breached, carries with it enforceable remedies that are independent of the contract.”[5]

This is because in gauging whether impugned conduct is wrongful, “the touchstone must be the terms of the contract.”[6]

However, as the trial judge had separately found that Bensons had breached the implied duty to cooperate by sending the 18 May letter, the Court had to determine the other grounds of appeal.

Affirming its decision in Adaz Nominees, the Court described the implied duty to cooperate as containing, in appropriate circumstances:[7]

The duty will be implied on the basis of the necessity of its existence and operation, which is demonstrated where, without the implication, “the enjoyment of the rights conferred by the contract would or could be rendered nugatory, worthless, or, perhaps, seriously undermined; or the contract would be deprived of its substance, seriously undermined or drastically devalued.”[8]

It does not extend to “a duty to act generally in the other party’s best interest,” nor can it “impose an obligation which would be commercially advantageous but for which the contract does not provide.”[9]

While the Court was willing to imply the duty to cooperate into the DMA,[10] it found that Bensons conduct in sending the 18 May letter did not amount to a breach of that duty, and in any event, that the conduct did not, as a matter of fact, prevent KIA from satisfying the permit condition.[11] The Court was not open to implying a duty of good faith, holding that KIA had “failed to establish that an obligation of good faith was necessary in the sense explained in BP Refinery.”[12]

While the Court accepted that the 18 May letter advanced an erroneous construction of the DMA, this alone did not breach the duty to cooperate.[13] The Court suggested that it might have been open for KIA to conclude that the erroneous construction amounted to an anticipatory breach and repudiation of the contract, which could enliven the prevention principle. However, it noted this was not the case advanced at trial and was not borne out by the facts.[14]

Accordingly, Bensons’ appeal was upheld, and KIA was ordered to repay the instalments of the management fee it had obtained prior to termination of the DMA.

What this means for you

The effect of the application of the prevention principle in construction law is generally to preclude the recovery of liquidated damages for delay caused by the principal, by setting the time for completion “at large” (in the absence of a contractual mechanism to grant an extension of time).[16]

This case provides insights into the approach of the Victorian Courts to the bases for applying the prevention principle, requiring a contractual breach that is the “operative reason” a party was prevented from complying with its obligations. The Court focussed on the implied duty to cooperate, but also suggested some support for a duty to use best endeavours, and also for a breach founded on a repudiation.

The implied duty of good faith though was given comparatively short shrift. This is reflective of the Victorian Courts’ reluctance to imply the duty into commercial contracts.[17]

While it remains to be seen whether the Victorian Courts will apply the duty of good faith in a future case, this case suggests that the Victorian conception of the prevention principle is narrower than that of NSW. 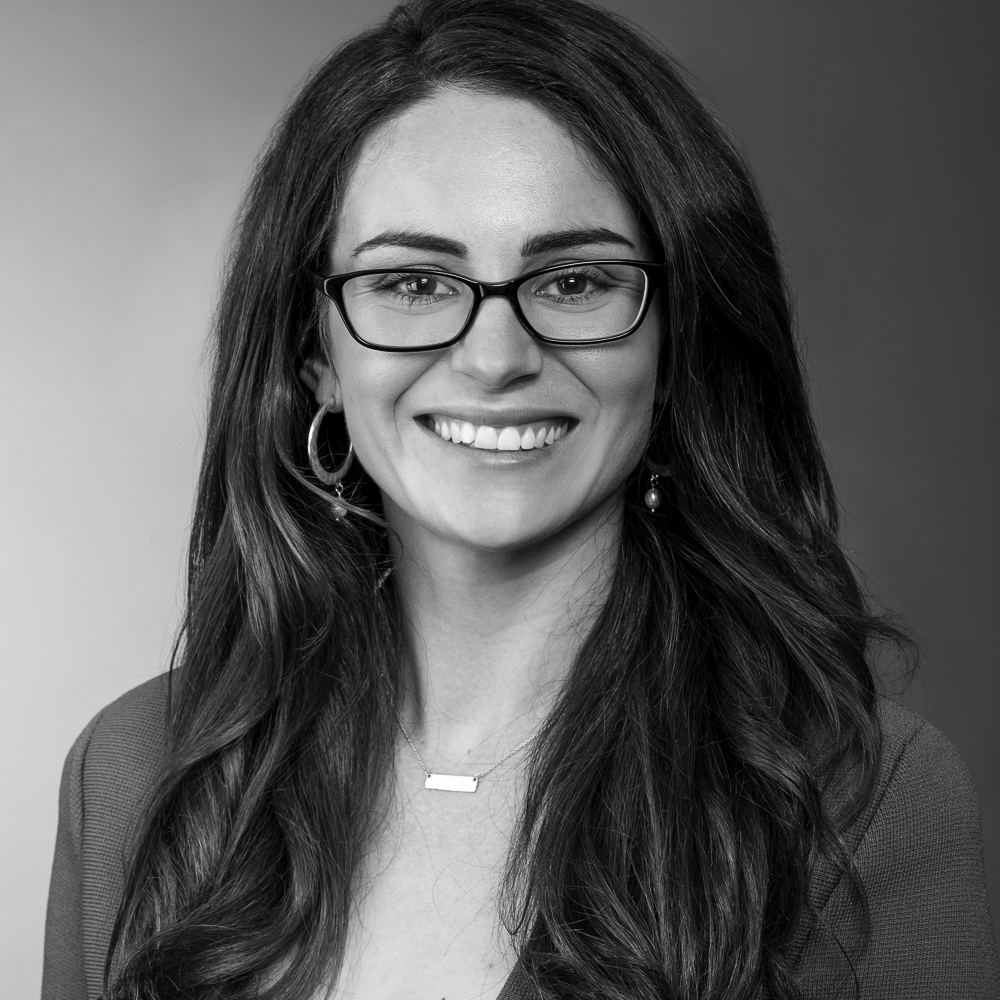 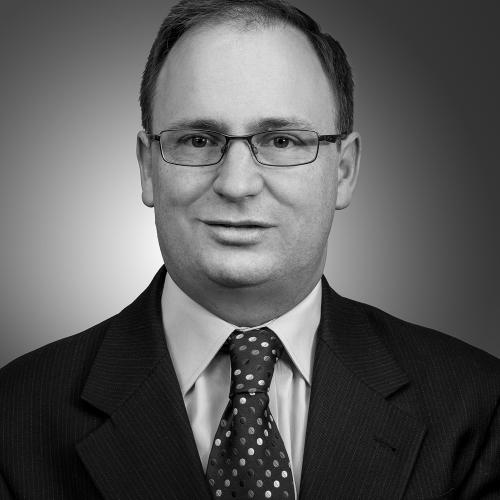 [17] The trial judge at first instance discussed the “conflict of opinion between Victoria and New South Wales as to whether or not a duty of good faith should be implied by law into commercial contracts”, noting that Victoria’s approach was more conservative:  Key Infrastructure Australia Pty Ltd v Bensons Property Group Pty Ltd [2019] VSC 522 at [291]-[298].