On 25 March the European Commission (the “Commission“) published new guidelines (the “Guidelines“) on the screening of foreign direct investment (“FDI“) in order to ensure “that the current health crisis does not result in a sell-off of Europe’s business and industrial actors“. The Guidelines do not create new law. They do, however, provide guidance to EU Member States on how to apply their national rules on FDI screening in line with but ahead of the EU ‘s FDI Regulation coming into force in October of this year.  And they also urge those Member States that do not currently have their own FDI regimes, to consider introducing their own mechanism.

In a video posted on twitter, Ursula von der Leyen, President of the Commission, stressed that the EU “will remain open to foreign direct investment but we need to balance this openness with the need to preserve our economic sovereignty” (see also the accompanying press release). However she also emphasised that there is a current and urgent “need to protect critical assets and technologies“. As is also clear from the Guidelines, the Commission is encouraging tougher FDI screening in light of the health crisis, even before the Regulation comes into force.

In particular, the Guidelines stress that threats to security and public order include those posed by a public health emergency, such as the current pandemic, whilst also specifically identifying healthcare as an industry being particularly vulnerable to potentially increased exposure to FDI. The Commission urges Member States to monitor this FDI closely in order to ensure that it “does not have a harmful impact on the EU’s capacity to cover the health needs of its citizens“, whilst also warning that a healthcare acquisition “would have an impact on the European Union as a whole“.

The Guidelines come a year after the EU adopted the FDI Screening Regulation to co-ordinate the review of investments from third countries into key industries which would also affect the security and public order of the EU (such as health, infrastructure, commodities), which will come into force in October 2020. In summary, the Commission provides a framework for EU Member States to monitor foreign investments. If the foreign investment poses specific risks, Member States can impose mitigating measures or even block the acquisition. Even if such measures are not taken at the time, Member States and the Commission can still provide comments and opinions within 15 months of the investment, which could result in the subsequent imposition of mitigating measures. More information on the EU’s approach to FDI is contained in the HSF Competition team’s previous blog and podcast on this topic.

The responsibility to impose FDI screening currently lies with Member States, of which 14 (as of 28 February 2020) have actively implemented screening frameworks, including the UK, Italy, France and Spain. The Guidelines call for these 14 Member States to embrace their screening mechanisms and assess risks posed to “critical health infrastructures, supply of critical inputs and other critical sectors as envisaged in the EU legal framework“. To those Member States yet to create such a framework, von der Leyen’s message was short but clear, stating that “now is the time to create it“. For Member States currently without a framework, the Guidelines highlight existing tools they can use to monitor whether acquisitions/investments pose a risk to the EU’s security or public order.

In the Annex to the Guidelines the Commission provides  an explanation of the existing EU rules that can be used to protect legitimate public policy objectives in the context of FDI. For example, it reminds Member States that free capital movements may be restricted under Article 63 of the Treaty on the Functioning of the EU (TFEU) provided that restrictions are “suitable, necessary and proportionate” to “attain legitimate public policy objectives“, which are an “overriding reason in the general interest“. The CJEU has previously recognised public health and achieving social policy objectives as overriding reasons, thus capital movements into the EU affecting healthcare could justifiably be restricted. Moreover, the Guidelines remind Member States of the “public policy or public security” exception to Article 65 TFEU, under which Member States can restrict the predatory buying of strategic assets where the restrictions are intended to ensure the security of supply, or the provision of, essential public services (if less restrictive measures cannot adequately address the threat an acquisition poses to society).

We note that the Guidelines repeat the Commission’s plea in its communication earlier this month on a “Co-ordinated economic response to the COVID-19 outbreak” that Member States  utilise all available tools to prevent a loss of critical assets and technology. The tying together of these two communications indicates that the Commission is trying to co-ordinate a consistent approach across policy areas and between Member States to tackle the implications of the COVID-19 pandemic.

In response to the Guidelines, AEGIS Europe (an alliance of European manufacturers) wrote on 2 April to the Commission welcoming the Guidelines and urging the Commission to implement “more and stronger measures” to protect EU industry from opportunistic, strategic and large takeovers during the crisis. The Commission has subsequently encouraged such measures: Commission executive vice-president Margrethe Vestager (who is also competition commissioner) noted that falling share prices as a result of the COVID-19 crisis has made European companies increasingly susceptible to takeovers from third countries, and to mitigate against this threat Member States can act “as market participants if need be“, i.e. to buy stakes in the companies (reported by the Financial Times, 12 April).

For further analysis on FDI frameworks across the world, please scroll down to see our podcast series or get in touch with your usual contact in the HSF Competition team. 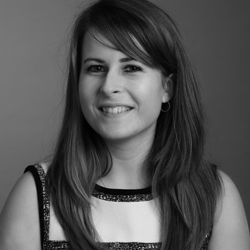