On 8 September 2020, the European Commission (‘Commission’) published a Staff Working Document in which it summarised the conclusions of the evaluation of the Vertical Block Exemption Regulation (‘VBER’) and the accompanying Vertical Guidelines. The evaluation – launched on 3 October 2018 – was aimed at gathering views from stakeholders to determine whether the current VBER and Vertical Guidelines are still fit for purpose since their last update in 2010. As explained below, a number of areas were identified where the VBER and the Vertical Guidelines are not functioning well, due principally to important market developments, such as the growth of e-commerce and online platforms, that have occurred since the adoption of the rules. Potential updates may include clearer rules on agency agreements, guidance on retail parity clauses, online sales and advertising restrictions, a simplification of the rules and an overall greater cohesion among competition authorities and courts across the EU.

It is acknowledged by the Commission that vertical agreements may generate significant efficiencies and give rise to important consumer benefits, particularly by promoting non-price competition and improved quality of services. The VBER and Vertical Guidelines therefore exempt certain types of vertical agreement from the prohibition of Article 101(1) TFEU if certain conditions are satisfied. Broadly speaking, the objectives of the EU rules on vertical agreements are to provide legal certainty to businesses by making it easier to self-assess their agreements as well as facilitating the enforcement actions of the Commission, national competition authorities and national courts.

As part of the evaluation phase, the Commission launched a public consultation on 4 February 2019 in order to obtain feedback and contributions from interested stakeholders. It also held a dedicated stakeholder workshop in November 2019. The Commission also took account of information gathered during the E-Commerce Sector Inquiry (the results of which were published in a final report on 10 May 2017 – please see our briefing here), as well as the recent enforcement actions in relation to vertical restraints (please see our briefing here). The considerable experience of national competition authorities as well as the relevant European and national case law was also taken into account. Finally, in May 2020 the Commission published an external evaluation support study which analysed certain issues – such as resale price maintenance (‘RPM’) and parity clauses – in more detail.

Results of the evaluation

The evaluation has shown that the VBER and the Vertical Guidelines are still useful tools for businesses to self-assess and ensure that their vertical agreements comply with EU competition law. However, the results of the evaluation have also shown that the market has changed significantly since the adoption of the last revision of the VBER and Vertical Guidelines in 2010. In particular, the exponential growth of online sales and the emergence of new market players such as online platforms has reshuffled the traditional way in which companies do business. Suppliers are increasingly relying on direct sales online (i.e. without a ‘middleman’) and on selective distribution systems which allow for tighter control over resale conditions. Similarly, new types of vertical restraints, such as online sales and advertising restrictions, online marketplace bans (prohibiting sales on online platforms such as Amazon) and parity clauses (most-favoured nation/customer clauses) have become widespread.

As a result of these new market developments, the evaluation has found that some provisions of the VBER and Vertical Guidelines lack clarity or need updating. In particular, the Commission identified a number of issues with the current rules, including the following:

A number of other areas have also been identified by stakeholders as not functioning well for reasons unrelated to recent market developments. These include issues related to RPM and excluded restrictions (e.g. non-compete clauses), as well as certain distribution models (such as franchising). Stakeholders thought that the current rules lack clarity or are difficult to apply in practice.

Addressing the areas where the current rules are unclear or where an adaptation to the current digital environment is required would improve legal certainty and provide a common framework to be used by the Commission, national competition authorities and courts, and provide much needed guidance to businesses.

In terms of next steps, the Commission will launch an impact assessment in the coming weeks, followed by a public consultation at the end of this year where stakeholders will have the opportunity to express their views. A draft of the revised rules will be published for stakeholder comments in 2021, with a view of having a finalised updated version of the VBER and Vertical Guidelines by 31 May 2022 when the current rules expire. 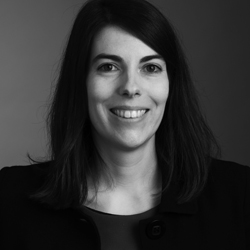