“When the price of a drug suddenly goes up by several hundred percent, this is something the Commission may look at” Commissioner Vestager said when opening a formal investigation into Aspen’s alleged excessive pricing conduct in May 2017.  On 10 February 2021, the EU Commission (Commission) closed the investigation by accepting legally binding commitments offered by Aspen which remove its concerns over excessive pricing.  Under these commitments:

The commitments apply with retroactive effect from 1 October 2019 and Aspen will also make a one-off payment to compensate those entities that purchased the drugs at the higher prices, including interest, from that date onwards.  The commitments remain legally binding for the next ten years and Aspen’s compliance will be monitored by an independent monitoring trustee.  A breach of commitments adopted under Regulation 1/2003 can result in fines of up to 10% of the company’s annual turnover.

Cases that settle with commitments provide less legal guidance and analysis of the Commission’s approach to a particular type of conduct.  The commitment decision in this case nevertheless sends a clear message to pharmaceutical companies of the Commission’s continued focus on the sector, including on complex issues such as excessively high and unfair prices.  The case should also be seen in the context of the Commission’s Pharmaceutical Strategy for Europe, which aims to ensure access to qualitative, safe and affordable medicines and security of supply, in which the enforcement of competition law has an important role to play.

In 2009 Aspen acquired several cancer treating drugs for which the patents had expired. The drugs were used for the treatment of leukaemia and other types of blood cancer and were  sold with different formulations and under various brand names across the EEA. Typically, after the patent for a drug expires, prices drop significantly because generic companies enter the market to compete with the original drug manufacturer. However, in this case, Aspen had started to increase its prices since 2012 by several hundred percent in all Member States where it sold the off-patent cancer drugs.

In May 2017 the Commission launched a formal investigation into Aspen’s conduct in order to assess whether the company had abused its dominant position through (i) excessive prices for the six cancer drugs and (ii) the use of unfair and abusive negotiation practices with national authorities and/or parallel trade restrictions between Member States, to achieve the excessive prices.

This investigation was the first excessive pricing probe by the Commission in the pharmaceutical sector. It covered the whole of the EEA with the exception of Italy, where the national competition authority had already fined Aspen €5 million in September 2016 for abusing its dominant position for the same drugs (see here).

Through the analysis of Aspen’s accounting data, the Commission found that, after the price increases, Aspen had consistently made very high profits from its sale of the drugs in the EU, both in absolute terms and when compared to the profit levels of similar companies in the pharmaceutical sector. Aspen’s prices exceeded its relevant costs by almost 300% on average, including when accounting for a reasonable rate of return, although differences did exist across products and Member States.

The investigation did not reveal any legitimate reasons for Aspen’s very high profit levels. The drugs had been off-patent for 50 years, which meant that any R&D investment had long been compensated for. The Commission’s preliminary assessment also showed that although Aspen’s unit costs went up slightly between 2013 and 2019, the price increases imposed by Aspen were clearly disproportionate compared to any additional costs incurred.

According to the Commission, in order to achieve those price hikes Aspen relied on the fact that patients and doctors had almost no alternative suppliers for the drugs. National authorities were therefore under pressure to ensure the supply of the drugs to patients and had no other option but to agree to Aspen’s price increases. In some instances, the Commission found that Aspen even threatened to withdraw the cancer drugs from the national list of reimbursable medicines and was ready to stop supplying certain Member States.

Aspen denies the allegations of excessive prices and disagrees with the Commission’s preliminary assessment, but offered the commitments described above which resulted in the Commission closing its investigation.

Excessive pricing cases are unusual under competition law as competition authorities typically do  not wish to be seen as price regulators and it is notoriously difficult to prove that a price is “excessive”. In the United Brands case the CJEU established the test for an excessive price as a price which has no reasonable relation to the economic value concerned.  This involves a cost/price analysis and, where the difference between them is excessive, a further consideration as to whether the price charged is unfair in itself or when compared to other competing products.

Cases relating to excessive pricing in the pharma sector however seem to be on the increase, with the Dutch ACM currently investigating Leadiant’s excessive prices rises for the orphan drug CDCA (from €300 p/a to €150k p/a) and the Danish competition authority having recently had its abuse of dominance decision with regards to CD Pharma’s excessive price rises upheld by the Danish Maritime and Commercial Court.  Excessive pricing in the pharma sector is a particular focus in the UK, where the CMA has stated that it “continues to have serious concerns about the very big price increases imposed by certain drugs companies for several other generic drugs, which have cost the NHS hundreds of millions of pounds. The CMA remains committed to its work to robustly tackle any illegal behaviour by drug companies ripping off the NHS”.

The CMA is currently investigating alleged excessive and unfair pricing by Actavis for its  hydrocortisone tablets, which have seen a price increase of more than 12,000% for certain types of tablets. Another investigation is ongoing into the pricing by Concordia International (now Advanz Pharma) of liothyronine tablets.  In this case the statement of objections issued by the CMA was also addressed to Cinven and HgCapital, the former private equity owners of Concordia.

In 2016 the CMA fined Pfizer and Flynn £90 million for charging excessive prices to the NHS for phenytoin sodium capsules, an anti-epilepsy drug.  Following appeals first before the Competition Appeal Tribunal and then the Court of Appeal, the case has now been remitted to the CMA for reconsideration of the issues in line with the principles clarified by the Court of Appeal. These principles will also guide the CMA’s approach in its other excessive pricing investigations.

On the legal test for excessive pricing as set out in the United Brands case, the Court of Appeal held that the overarching issue is whether the price charged bears no relation to the economic value of the product but that there are several ways of measuring that economic value. The CMA therefore has a margin of manoeuvre in deciding which methodology to use and which evidence to rely on. However where, as was the case in Pfizer and Flynn, the defendant brings forward evidence as to why its prices are fair the CMA cannot ignore that evidence and must give due consideration and fairly evaluate such evidence as well as  any other plausible methods put forward by the defendant, even where the CMA is itself relying on different measures for its analysis. For more details on this case see our briefing here. 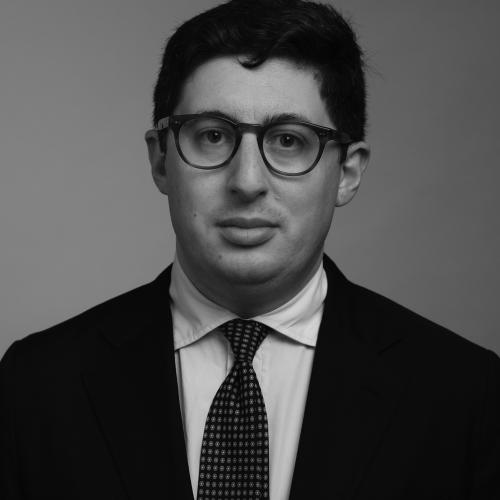