On 20 July 2021, the UK Government announced the commencement date of the substantive provisions of the National Security and Investment Act 2021 (the “Act“), and published new guidance for business on the requirements of the Act, new Draft Notifiable Acquisition Regulations, and a new consultation draft of the Section 3 Statement (also known as the Statement of Policy Intent) required under section 3 of the Act.

The Government has confirmed that the substantive provisions of the Act will come fully into force on 4 January 2022 (see press release here).  Importantly, this means that mandatory notification requirements will apply to relevant transactions completing on or after that date, and other transactions (including those which have already completed since 12 November 2020) may be the subject of the Secretary of State’s call-in powers as of that date.

The Government published four new pieces of guidance to assist business, investors and advisers, aimed at facilitating understanding of the scope of the regime and preparation for its implementation:

Following its consultation on the sectors in which mandatory notifications will be required under the Act (see our previous blog post) and its response to the consultation outcomes, as well as targeted engagement with stakeholders following the publication of its response to the consultation, the Government has now published a draft of the notifiable acquisition regulations (see here).  The Government has indicated that this draft remains subject to change, and that it expects to lay the final statutory instrument later this year.

Section 3 of the Act requires the Secretary of State to publish a statement setting out how the power to issue a call-in notice is expected to be exercised.  The Government has now issued a consultation draft of the Section 3 Statement (also known as the Statement of Policy Intent) for this purpose.  Consultation responses are invited by 11:59pm on Monday 30 August 2021, and the HSF team will continue to engage with the Government through the relevant consultation processes.

A further HSF substantive briefing on these new publications will follow shortly. 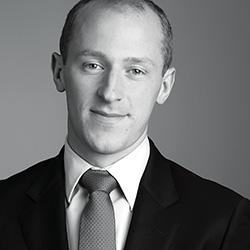