On 20 July 2021 the government published a consultation on its proposals for a new pro-competition regime for digital markets.  The proposals are based on the recommendations set out in the Furman Review, the CMA’s final report of its market study into online platforms and advertising and the Digital Markets Taskforce report to government published in December 2020.  The Furman review concluded that the existing competition tools are not designed to address the unique challenges of fast-moving digital markets issues associated with the strategic market position of a small number of key digital firms.  Instead, the new pro-competition regime will aim to proactively shape the behaviour of digital firms with significant market power by making it clear how they are expected to behave. It should drive competition between digital firms and open up opportunities for innovative start-ups to compete with incumbents.

The key features of the new regime include:

Within this framework the consultation seeks views on a wide range of options and comments are invited by 1 October 2021.

The DMU was set up in a non-statutory form within the CMA in April 2021 in order to start preparing  for the new pro-competition regime for digital markets, including building teams, preparing draft guidance and supporting and advising government on establishing the new regime.

The statutory DMU will be responsible for designating firms with SMS, overseeing a mandatory code of conduct for SMS firms and implementing pro-competitive interventions. In order to ensure that SMS firms comply with the regime the DMU will be given formal powers of enforcement:

Initial focus will be on public enforcement led by the DMU.  Individuals will have the right to bring private enforcement actions, but at this stage the government does not intend to prioritise private follow-on damages claims under the regime.

The DMU’s decisions should be judicially reviewable on judicial review principles before the Competition Appeal Tribunal.

To designate a firm with SMS the DMU will be required to test and conclude that a firm has substantial and entrenched market power in at least one activity, providing it with a strategic market position. It will use a range of qualitative and quantitative evidence in its designation process.

The government proposes that the assessment of whether a firm has substantial and entrenched market power should follow the CMA’s approach in its market studies and market investigations regimes.  For the relevant digital activity, the DMU should assess the quality and range of alternatives available to users of the products and services, as well as the possibilities for entry and expansion.

In making its assessment of a firm’s strategic market position, the DMU should consider whether the effects of a firm’s market power in the relevant activity are likely to be particularly widespread and significant taking into account, in the round, evidence in relation to the following criteria: the firm’s size and scale in relation to an activity, whether it is an important access point to consumers, whether the activity is a gateway for a range of other businesses and activities and whether the firm can use the activity to determine the ‘rules of the game’ for those users of the firm’s own ecosystem and also set practice for those businesses in the wider market.

The government recognises the importance for the strategic market position assessment to be sufficiently predictable and proposes to include in the legislation a definition of ‘strategic position’ and the criteria to be taken into account by the DMU.

The SMS designation process will take time and the DMU will need to balance the robustness of the process with its efficiency and speed. The designation process will include a public consultation process, with the opportunity for SMS firms and third parties to provide input before a final decision is made.  SMS status will last for a period of 5 years before being reviewed, but government proposes that an SMS firm will be able to make representations to the DMU if there has been a material change in circumstances relating to its designated activity. The DMU’s decisions on designation should be appealable to a court or tribunal.

An enforceable code of conduct

The code of conduct will manage the effects of market power, by setting out how firms with SMS are expected to behave, in order to influence their behaviour in advance and prevent negative outcomes before they occur.

The government proposes that the code of conduct will consist of high-level objectives and principles that specify the behaviour expected of SMS firms.

PCIs will exist alongside the code of conduct.  Whereas the enforceable code of conduct will aim to prevent harm that may result from the strategic market position of SMS firms by setting out the rules of the game in advance, PCIs will enable the DMU to implement measures that address the root causes of a firm’s substantial and entrenched market power. PCIs will have the potential to positively shift the structure of digital markets and drive greater competition.

The government is proposing a bespoke merger control regime for SMS firms, operated by the CMA, in order to provide the CMA with greater scope to review mergers by SMS firms if necessary to protect consumers from potential harm.  The proposed new regime will consist of:

In respect of the introduction of a mandatory review test for the largest transactions the government recognises the additional burden and resources this may impose on businesses.  As an alternative it is also seeking views on an option under which the SMS merger regime would continue to operate as a voluntary regime, but with a power for the CMA to call in for review any mergers which meet the jurisdictional tests.

Regarding changes to the substantive test, the government is minded to lower the phase 2 threshold for intervention in mergers involving SMS firms, from whether a substantial lessening of competition is ‘more likely than not’ to occur, to whether there is a  ‘realistic prospect’ of a substantial lessening of competition as a result of the merger (similar to the standard of proof required at phase 1 of the existing merger regime). 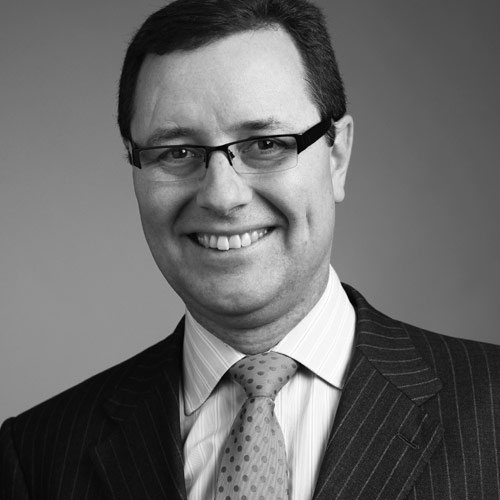