On 19 October 2021, in Justin Gutmann v First MTR South Western Trains Limited and another,1 the Competition Appeal Tribunal (“CAT“) approved two applications for a collective proceedings order (“CPO“) under the UK’s competition class action regime introduced in 2015. Gutmann, which concerns allegations that a large class of rail passengers who held Transport for London zonal tickets (“Travelcards“) were overcharged, sees the third and fourth CPO applications approved by the CAT. All four CPOs have been made in recent months, applying the principles set out by the Supreme Court in its landmark competition class action regime ruling in Merricks v Mastercard2 in December 2020 (see our briefing here).

Gutmann follows the recent judgment in Justin Le Patourel v BT Group Plc & British Telecommunications Plc (“Le Patourel“)3 as the second case to involve the certification of standalone competition claims (i.e. not “following-on” from an existing finding of infringement by a competition authority). Among other things, the judgment contains important findings on the common issues requirement at certification, and on issues related to whether CPO proceedings should be brought on an opt-in or opt-out basis.

Gutmann concerns two applications (the “Applications“) for a CPO pursuant to section 47(B) of the Competition Act 1998 (the “CA“). The applicant in both cases is Mr Justin Gutmann, who previously worked for London Underground and states he has spent a large part of his professional life dedicated to public policy, market research and consumer welfare (the “Applicant“). The two Respondents in the first application are First MTR South Western Trains Ltd.4 and Stagecoach South Western Trains Ltd.  and the Respondent in the second application is London & South Eastern Railway Limited (together the “Rail Operators“). The two applications concern almost identical issues and so were heard jointly by the CAT.

The allegation in the Applications is that the Rail Operators abused a dominant position, contrary to the Chapter II prohibition under the CA, by failing to make so-called Boundary Fares sufficiently available and/or to use their best endeavours to ensure general awareness among their customers of Boundary Fares. As a result of this alleged abuse, the Applications contend that only a small proportion of passengers holding a Travelcard who took journeys on the Rail Operators’ networks for which a Boundary Fare would have been the appropriate fare in fact bought such a fare. Instead it is alleged that most paid the higher full journey fare.

The Applications were sought on an opt-out basis, seeking aggregate damages calculated as the difference between the full journey fare and the corresponding Boundary Fare for all relevant journeys. The proposed class included all customers who held a valid Travelcard and paid for a relevant journey fare which was not a Boundary Fare between 1 October 2015 and the date of final judgment.

The Rail Operators all objected to the grant of CPOs, arguing on various grounds that the claims were not eligible for inclusion in collective proceedings, or alternatively seeking summary judgment or orders to strike out the claims on the basis that they have no arguable prospect of success.

However, the Tribunal: (i) rejected the summary judgment/strike out applications advanced by the Rail Operators; (ii) authorised the Applicant to act as the class representative in both proceedings; and (iii) found that the claims raised common issues and are suitable to be brought in collective proceedings on an opt-out basis.

The CAT’s judgment on the strike-out application

The Rail Operators argued that the Applicant’s case that a dominant company should make greater efforts to promote a cheaper alternative was unsustainable because it did not reflect the law on abuse of dominance. The Rail Operators argued that the “special responsibility” which the law imposed on a dominant company did not amount to a fiduciary duty to protect the interests of its customers.

However, the Tribunal disagreed and held that the Applicant’s case on abuse was reasonably arguable. If the charging of unfair and excessive prices, or the use of unfair trading terms, by a dominant company can constitute an abuse (as is clear from existing case law), the Tribunal did not regard it as an extraordinary or fanciful proposition to say that for a dominant company to operate an unfair selling system, where the availability of cheaper alternative prices for the same service is not transparent or effectively communicated to customers (as alleged), may also constitute an abuse (particularly where the customers are consumers).

The CAT’s judgment on certification

Turning to certification, pursuant to section 47B(5) CA, there are two conditions for the grant of a CPO:

1.   The person proposing to be the class representative must be authorised to act as such (the “Authorisation Condition“); and

2.   The claims must be eligible for inclusion in collective proceedings (the “Eligibility Condition“).

The Rail Operators did not raise any objections to the Applicant’s suitability for the purposes of the Authorisation Condition,5 and the CAT agreed that it would be just and reasonable for the Applicant to act as the class representative. This outcome is consistent with the approach taken in other CPO applications heard so far in which the suitability of the class representative has not proven to be a major stumbling block for class applicants.

However, notwithstanding the lack of objections from the Rail Operators, the CAT noted that it had to be satisfied itself that the Authorisation Condition was met, having regard to the interests of the class members whom the Applicant seeks to represent. In holding that the Authorisation Condition was satisfied, the CAT noted that the Applicant appears to have sufficient financing in place to fund the case through to trial and to cover any adverse costs order.

The Rail Operators argued that the Eligibility Condition was not satisfied because there are no, or very limited, common issues in the case, and there is a need for an individual factual assessment to establish whether any claim was valid for a particular individual. However, the Tribunal rejected this argument and held that there were common issues of (1) whether the Rail Operators were dominant, (2) whether they abused their dominance, and (3) causation.

In reaching its conclusion on common issues, the Tribunal reviewed the Canadian class action jurisprudence which had been relied on by both sets of parties and set out the principles from those cases that can be applied under the UK regime. This led the Tribunal to state, inter alia, that:

Applying these principles to the facts of Gutmann, the Tribunal most notably dismissed the Rail Operators’ arguments that there were not common causation issues because some passengers may have had reasons not to purchase a Boundary Fare.7  The Tribunal noted that the fact that some of the causation questions do not have a binary answer or the conclusion may be different for particular kinds of ticket does not prevent them from being common issues. If necessary, the class definition could be later amended as appropriate provided that the method of calculation of damages can take the relevant exclusion into account at the distribution stage.

The Tribunal also rejected the Rail Operators’ argument that the Applicant had failed to set out a workable or credible methodology for calculating aggregate damages. The Tribunal emphasised that a CPO application is not an occasion for a full evaluation of the merit and robustness of an expert methodology, and that even at trial, estimations and assumptions are not only acceptable but may be indispensable in the quantification of damages in a competition case.

Next, in assessing the suitability of the claims for collective proceedings, the Tribunal conducted a cost-benefit analysis of continuing the collective proceedings. The Tribunal considered (1) the relatively low amounts being claimed for in total (roughly estimated at less than £100 million in total for both Applications), and per class member (recovery amount roughly estimated at less than £100 per claimant); (2) together with the appreciable risk that take-up from the class might be very low; (3) in comparison with the very substantial costs of collective proceedings (the Applicant’s costs budget is for over £11 million for the two actions). Taking these factors into account, the Tribunal held that the cost-benefit analysis comes out slightly against the grant of a CPO, appearing to be somewhat persuaded by the Rail Operators’ submission that collective proceedings would be likely to financially benefit principally the lawyers and funder as opposed to the members of the class.

However, although the cost-benefit analysis weighed slightly against the grant of a CPO, taking into account all of the other various factors and the significant number of common issues as set out above, the Tribunal held that the balance comes down clearly in favour of finding that the claims are suitable for collective proceedings.

Finally, the Tribunal considered Rule 79(3) of the CAT Rules8  on whether opt-out or opt-in proceedings are more suitable.9  This issue was also considered in the recent Le Patourel CPO judgment (referenced above in the introduction of this article), which is worth mentioning as context for Gutmann:

In Le Patourel (which concerned an opt-out CPO application against BT for alleged excessive pricing in abuse of its dominant position in standalone landline telephone services) the CAT held that the fact that the CPO applicant did not seek an opt-in basis as an alternative did not absolve it from demonstrating, and the Tribunal from being satisfied, that the opt-out basis sought is more appropriate.

The Tribunal in Le Patourel therefore considered the opt-out/opt-in question despite the applicant only having pursued opt-out, and on the facts of the case held that opt-out was clearly more appropriate and suitable, namely because:

Returning to Gutmann, significantly, the Tribunal followed the same interpretation of Rule 79(3) of the CAT Rules as in Le Patourel (i.e. the Tribunal held that this rule was engaged even though an opt-in alternative was not put forward by the Applicant).

Just as in Le Patourel, the Tribunal emphatically rejected the Rail Operators’ arguments that if few class members would choose to opt-in that would demonstrate that few would submit a claim after an award of aggregate damages. The Tribunal stated that participating in potentially lengthy and uncertain litigation from the outset is a very different proposition from claiming even a modest payment, for which the claimant is eligible to apply, from an existing fund.

The Gutmann judgment demonstrates that the UK’s collective proceedings regime is gathering steam following the Supreme Court’s expansive judgment in Merricks. Gutmann follows Le Patourel as another example of a consumer opt-out standalone application being granted, and in both of those cases the respective class applicant survived strike-out / summary judgment applications from the CPO Respondents.

The following points from the Gutmann judgment are worth highlighting: 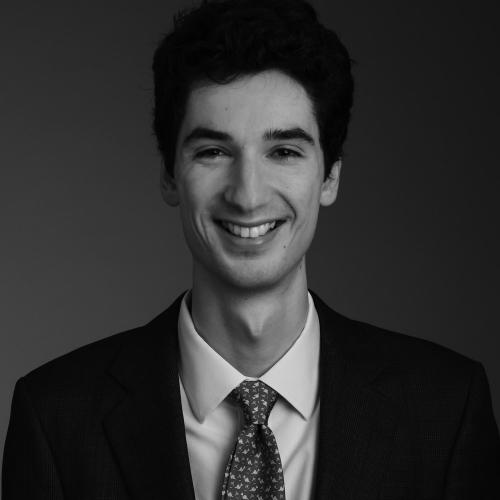