On 20 January 2022 the European Commission (“Commission“) published its final report on the consumer Internet of Things (“IoT“) sector inquiry, largely confirming its preliminary findings issued in July 2021. These include concerns around high market entry barriers, the influence on the market of a small number of vertically integrated players, and issues around access to data, interoperability and exclusivity practices.

The Commission has indicated that its findings will guide future antitrust enforcement and regulatory initiatives in the digital and technology sectors, including the ongoing legislative debate on the proposed Digital Markets Act. Watch this space closely for further developments.

Background of the sector inquiry and the Preliminary Report

In our previous blog post, we reported that in July 2020 the Commission launched a sector inquiry into the consumer IoT related products and services1. Consumer IoT sector is growing rapidly and increasingly becoming part of our everyday lives. The Commissions’ inquiry was launched to gather information to better understand this sector, its competitive landscape, emerging trends, and potential competition issues of concern at the time.

In June 2021, the Commission published its preliminary report. This was based on information provided by over 200 stakeholders located across Europe, the US and Asia. The respondents to the inquiry included companies of different sizes, which were active in one of the four consumer IoT segments identified by the Commission (i.e., manufacture of smart home devices, manufacture of wearable devices, provision of consumer IoT services, and provision of voice assistants).

Among its key findings, the preliminary report revealed that there is a trend towards increasing availability of voice assistants as user interfaces in the sector, enabling users to interact with smart devices and consumer IoT services. Quality and brand reputation were considered by respondents to be the most important parameters of competition across all consumer IoT segments, while price was seen as less important. The Commission also identified several broader themes that set the context for potential competition concerns in the sector, including interoperability, standardization and data access. The provisional findings were subject to a period of public consultation that ended in September 2021.

The Final Report and its main findings

On January 20, 2022, the Commission published the final report on its 18-months long inquiry into the consumer IoT sector in the EU (the “Final Report“). The Final Report is broadly in line with the Commission’s preliminary findings and it offers few surprises aside from its briefness (running to a total of only 12 pages). The key findings of the Final Report can be summarized as follows:

Lastly, the Final Report raises potential concerns with respect to the role of certain market players as intermediaries between the user and smart devices or IoT service and, in particular, regarding control they have over user relationships, access to related data, and reliance on their technical support by third parties.

Next steps and potential outcomes – the EC may launch targeted investigations

On publication, Executive President Margarethe Vestager announced that “the sector inquiry’s findings will provide guidance on the Commission’s future enforcement and regulatory activity.” It is noteworthy that previous sector inquiries into energy (2005-2007), pharmaceuticals (2008-2009), and e-commerce (2015-2017) led to a flurry of antitrust proceedings in these sectors, resulting in several infringement decisions and fines. While the Commission notes in the Final Report that any subsequent competition enforcement will have to be based on a case-by-case assessment, any such proceedings would be informed by the findings discussed above. The Commission’s press release further suggests that the inquiry “may prompt companies to review their commercial practices.”

The Final Report goes on to note that the conclusions derived from this sector inquiry will inform the Commission’s further work in implementing its digital strategy and, in particular, the ongoing legislative debate on the scope of the Digital Markets Act (“DMA“). Of key importance, the Final Report could pave the way for the DMA to designate voice assistants as a core platform service (“CPS“) and their providers as “gatekeepers” in the final text, in line with proposed amendments by the European Parliament late last year. The timing of the Final Report could suggest that the Commission is looking to influence the legislative discussions in this direction.

Lastly, the Final Report notes that the results of the sector inquiry will also contribute to the Commission’s standardization strategy and upcoming initiatives aimed at clarifying and improving the EU’s standard essential patent rules.

1Consumer IoT sector includes consumer products and services that are connected to a network and can be remotely controlled. The sector inquiry did not include in its scope the industrial IoT and connected cars. 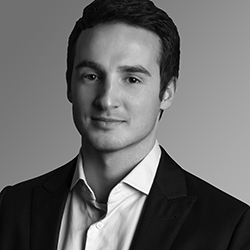 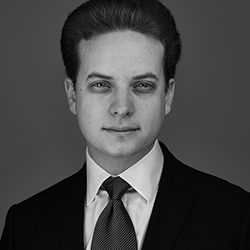