Update on the Teva Copaxone EU case. The EU Commission issues a Statement of Objections against Teva over alleged anti-competitive conduct consisting of misuse of divisional patents and a disparagement campaign against its closest competitor

On 10 October 2022, the European Commission (“EU Commission“) formally adopted a Statement of Objections (“SO“) against Teva over an alleged abuse of dominance concerning its blockbuster drug Copaxone, which is used in the treatment of multiple sclerosis.

As we reported in March 2021, the EU Commission was investigating for the first time a company for its filing strategies concerning divisional patents.

The EU Commission has now preliminarily concluded that Teva did indeed engage in anti-competitive practices in violation of the EU competition rules prohibiting abuses of a dominant position. In the words of Executive Vice-President Margrethe Vestager, the EU Commission believes that “Teva may have misused the patent system to shield itself from competition. It may have spread misleading information to discredit its closest competitor, to the detriment of patients and public health systems across the EU.”

Adoption of an SO is a major step which moves the case from a pure investigatory phase to a formal charge sheet against the company concerned. There is still very little publicly available information on the EU Commission’s concerns. The press release provides the following additional details:

By sending the SO, the EU Commission has formalised its preliminary findings by which Teva abused its dominant position by means of an overall anti-competitive strategy consisting of two parallel practices:

The SO is only a preliminary assessment and Teva will now have the opportunity to respond to the allegations that the EU Commission has raised against them. Should the EU Commission finally adopt an infringement decision, Teva will be able to challenge it before the General Court.

Ultimately, the outcome of this case is expected to have very important consequences for the pharmaceutical industry and the way in which companies manage their IP portfolio. Although the final decision remains to be seen, it is already clear that the EU Commission is keen to protect competition and innovation in the pharmaceutical sector by tackling any “misuse of the patent system”, inter alia, by means of the anti-competitive use of divisional patents.

Due to the denigration aspect, this case may also affect the information that companies can present to healthcare practitioners. Particularly in the context of provision of medical information regarding the safety profile or efficacy of their products, companies have to assess to what extent the information would fall under the permitted scope of actions or enter into denigration territory. This is not an easy exercise, considering that the provision of medical information to healthcare practitioners is not prohibited in principle and is at times explicitly permitted by national legislation.

Even though the EU Commission has sent a clear signal that divisional strategies are in the spotlight and can constitute abusive conduct, the awaited final Decision will have to be read in light of the specific circumstances of this case and should not be interpreted as a general rule that the use of divisional patents is prohibited as such. The line is not clear however and great caution will be required to avoid crossing the line from permissible use of divisionals to conduct that is seen as “misuse” of the patent system and hence, abusive under the competition rules. Given the EU Commission’s current focus on abusive conduct in the pharmaceutical sector, companies in the sector will need to be particularly cautious when implementing their IP strategies to manage antitrust risk. 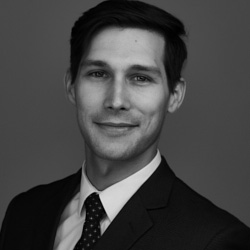 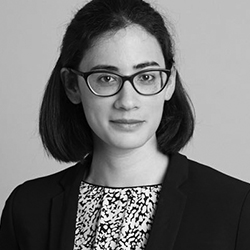