The not so mega ‘mega fine’: ICO fines British Airways £20 million for its 2018 data breach

As we reported here, in July 2019 the Information Commissioner’s Office (“ICO”) published a notice of its intent to fine British Airways a staggering £183 million for infringement of the General Data Protection Regulation (GDPR) as a result of its 2018 data breach where the personal data of around 500,000 British Airways customers was stolen by hackers.

Importantly, this was a notice of intent and not a final concluded fine. The Data Protection Act 2018 sets a strict deadline of six months for the ICO to convert this into a fine, although this period may be extended if the ICO and the proposed recipient of the fine agree to an extension. Multiple times the ICO and British Airways took advantage of this extension mechanism so that the final Penalty Notice was only published on 16 October 2020, more than a year after the initial notice of intent.

At the time, no reasons for any of the extensions were offered by either side, although it was understood from International Airline Group’s (IAG, British Airway’s parent company) Annual Report and Accounts 2019, and has now been confirmed by the final Penalty Notice, that British Airways made extensive representations to the ICO regarding the proposed fine and that there were multiple further information requests. The impact of COVID-19 also likely had its part to play in the extension.

At the time of the initial notice of intent, the proposed British Airways fine was touted as the first ‘mega fine’ to be issued by a European data regulator since the implementation of the GDPR. The biggest data protection fine previously issued by the ICO was £500,000, the maximum possible under the old legislation.

The ICO finally issued its Penalty Notice to British Airways on 16 October 2020, fining British Airways £20 million. While still the largest ICO fine to date, this is a significant reduction of almost 90% from the original figure of £183.39 million.

Although the Penalty Notice refers in a couple of places to the original intended fine of £183.39 million, very little is said in the notice regarding why exactly, the final fine has been reduced by such a significant amount. Instead, the notice effectively appears to start from scratch in calculating the final level of fine, taking into account the following factors in accordance with Article 83 GDPR and the ICO’s Regulatory Action Policy:

Taking into account all of these factors above, the ICO considered that a penalty of £30 million would be appropriate starting point to reflect the seriousness of the breach, and the need for the penalty to be effective, proportionate and dissuasive in the context of BA’s scale and turnover. So far, there is no obvious reason why the fine is so much lower than the notice of intent.

Finally, the ICO also explicitly acknowledged that the impact of COVID-19 on British Airways was taken into account when determining the level of the final fine, although this only accounted for a further £4 million downwards adjustment and does not therefore account for the vast majority of the reduction.

From a penalty perspective, it is also interesting that the ICO rejected BA’s claims that the maximum fine should be 2% because of the conflict between breach of Article 5 (attracting a maximum 4% fine) and breach of Article 32 (attracting a maximum 2% fine) meaning that the principal of lex specialis should apply with the specific provision of Article 32 overriding the general provision of Article 5. The ICO instead found that the two provisions were distinct even if they did overlap, although it is fair to note that it made no difference in the context of the level of fine imposed in the end (which was significantly less than both 4% and 2% of annual worldwide turnover).

One particular area of focus for the ICO was British Airway’s practice of storing credentials within batch scripts. The ICO did not accept British Airway’s submissions that this “aided functionality” or was “standard practice” and stuck to its position that this was not acceptable and there were other secure ways to achieve the same objectives.

As a result, the ICO was “satisfied that BA failed to put in place appropriate technical or organisational measures to protect the personal data being processed on its systems, as required by the GDPR“.

British Airways must pay the fine to the ICO or exercise its right to appeal to the First-tier Tribunal in the General Regulatory Chamber within 28 days of the Penalty Notice. Interestingly, the Penalty Notice does not refer to the availability of any further discount for prompt payment, with such discount usually being lost if the fine is appealed. This may normally suggest that BA has agreed to settle with the ICO, although the Penalty Notice is clear that BA does not admit liability for breach of the GDPR.

There is also the potential that British Airways could face a fine or reprimand under the Payment Card Industry Data Security Standard (PCI-DSS) in relation to its collection and processing of payment card data. PCI-DSS compliance is required by all organisations which accept, process, store and/or transmit debit and credit cards. However, fines under PCI-DSS are not publicly available so it is unlikely it will be public knowledge if a PCI-DSS fine is levied against British Airways.

In conclusion, this is perhaps not the first ‘mega fine’ or tough GDPR enforcement from the ICO that commentators were expecting, but it is still a step in that direction and with some interesting guidance regarding the way in which the ICO may approach the calculation of fines (and enforcement more generally) in the future. 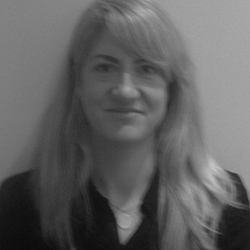