UK: DSAR ruling confirms that descriptions of the purposes of processing and recipients of personal data can be general, but actual identity of sources must be provided

Dr Rudd, a medical expert on exposure to asbestos, was the subject of a campaign by a lobbyist for the asbestos industry, Mr Bridle, who attempted (unsuccessfully) to get Dr Rudd struck off by the GMC and alleged that Dr Rudd conspired with others to commit a fraud to deceive the courts in supporting spurious legal claims.  Dr Rudd made a subject access request in order to learn more about Mr Bridle’s activities and claimed that Mr Bridle’s responses were inadequate.  (Dr Rudd has also sought an order preventing further processing and compensation, but without properly pleading his case as to how processing was unwarranted and had caused distress, meaning that those aspects of the claim were stayed.)

The judge also ruled that Mr Bridle was the data controller, and not the company controlled by Mr Bridle and his son, given that the processing was part of Mr Bridle’s lobbying activities conducted by him individually and not as part of his company’s commercial operation.

The rulings that the description of the purposes of processing and the recipients of personal data can both be general, and fact that contextual data is not required, will be welcome to those facing subject access requests.  The endorsement of the ICO’s Code of Practice is also helpful.  Less helpful is the ruling that a controller must disclose the actual sources of data and not just a description or class of source, if the controller has that information available.  Controllers will also need to bear in mind that an applicant’s personal data could include the identities of some other individuals, for example the co-conspirators in this case, and that if they intend to rely on an exemption, sufficient evidence will need to be pleaded (for example that disclosure would likely prejudice an ongoing regulatory investigation). 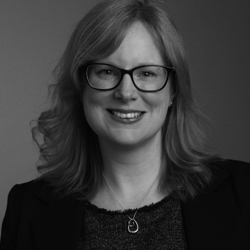